The Lookout: Several Bills Aim to Level the Playing Field for Disadvantaged Californians 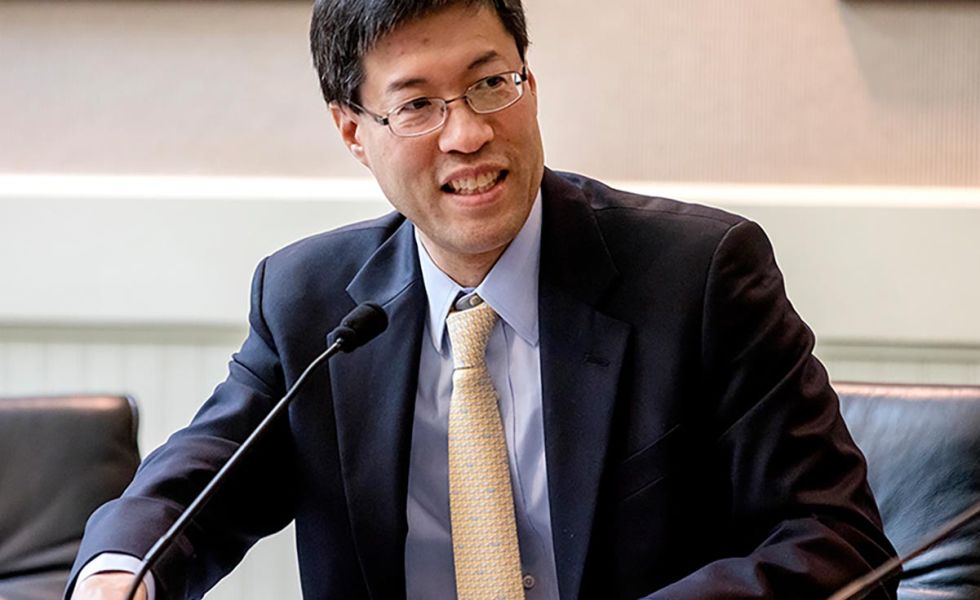 Watching your tax dollars, elected officials and legislation that affects you.

A pitcher throws a perfect game against a hitter without a bat, a tennis player aces a racket-less opponent, and the crowd elates. For many in California, that is their reality. The receiving end of a bad hand. A game most foul.

In Sacramento, there are a few bills being proposed that aim to level the playing field in California, particularly for disadvantaged Californians.

Senate Bill (SB)17, which is scheduled for an Assembly committee hearing on March 23, would declare racism as a health crisis in California and develop a state government “Office of Racial Equity in the State Department of Public Health for purposes of aligning state resources, decision-making, and programs to accomplish certain goals related to health equity and protecting vulnerable communities.”

The language in the text of SB 17 makes a distinction between this legislation and AB 3121, the “Task Force to Study and Develop Reparation Proposals for African Americans,” which Gov. Newsom signed into law last Summer.

“Existing law establishes the Task Force to Study and Develop Reparation Proposals for African Americans, with a Special Consideration for African Americans Who are Descendants of Persons Enslaved in the United States to, among other things, identify, compile, and synthesize the relevant corpus of evidentiary documentation of the institution of slavery that existed within the United States and the colonies,” the bill language reads. “Existing law requires the task force to submit a written report of its findings and recommendations to the Legislature.”

“This bill would establish in state government an Office of Racial Equity, an independent public entity not affiliated with an agency or department, that shall be governed by a Racial Equity Advisory and Accountability Council,” SB 17’s authors continue. “The bill would authorize the council to hire an executive director to organize, administer, and manage the operations of the office. The bill would task the office with coordinating, analyzing, developing, evaluating, and recommending strategies for advancing racial equity across state agencies, departments, and the office of the governor.”

As issues of racial inequity gain more traction in the U.S., bills like SB 17 are being introduced in legislatures around the country, proposing creative ways to uproot longstanding systems of inequality and discrimination.

During a global pandemic, the racial disparities in the healthcare system have become harder to ignore, according to Sen. Richard Pan (D- Sacramento), a medical doctor who is the author of SB 17.

People like John Kim, Executive Director of Advancement Project California, believe that the structures that hinder people of color were designed to do so and the solution should be to redesign these structures.

“All of the racial inequities we’ve seen in this pandemic have been decades in the making. We can no longer react to the symptoms of systematic racism or nibble around the policy edges,” Kim said. “Passing SB 17 and establishing a State level Office of Racial Equity is crucial to excavating the intersectional nature of structural racism baked into this state’s public systems and policies. A fully resourced and appropriately authorized office is a powerful mechanism not only to stem the tide of bad, racist policies but also to generate new pathways to close the opportunity gap for communities of color throughout the state.”

Another equity-focused piece of legislation making its way through the legislature is Senate Bill 2, which is essentially identical to last year’s Senate Bill 731. It is meant to bar police officers who have been fired for misconduct or charged with one of a set of specific crimes from serving and protecting in another precinct in California.

As it stands currently, officers that fit into this category can still serve in other counties in the state.

SB 2 is also known as the Kenneth Ross Jr. Police Decertification Act of 2021, as it was named after the unarmed 25-year-old Black man who was fatally shot by police in Gardena in 2018.

“Only one police officer in the history of California has been charged, convicted and sent to jail [for police brutality] and that is Johannes Mehserle who only did 11 months for the fatal shooting of my nephew Oscar Grant,” Cephus “Uncle Bobby” X Johnson said during a virtual press conference for SB 2 in reference to the 2009 shooting of Oscar Grant III in Oakland.

Senator Steven Bradford, who introduced SB 2, noted that other professions are held to a certain standard and law enforcement shouldn’t be any different.

“If last summer’s nationwide protests and calls for police reform have shown us anything, it’s that Californians want more than just a superficial change,” Bradford said. “If many professionals licensed in the state of California can have their certification revoked for committing serious misconduct or abusing their authority, then why not police officers?”

Assembly Bill 675 and Senate Bill 424 would create a “homeless hiring tax credit” as an effort to provide homeless people in California “access to meaningful employment.”

“I’ve been unhoused, I’ve gone through a bout of homelessness and I know what it’s like to want to get a job. To want to better yourself, but there weren’t a lot of resources out there, but thanks to [Los Angeles] county and this bill– we’re going to be able to bridge a gap between the business community and the homeless community,” said Lavena Lewis, the Black business owner of Vena Vena Handcrafted. “With being homeless, finding employment is key.”

And in Washington, Reps. Barbara Lee (D-Calif.) and Rashida Tlaib (D-Mich.) along with Sens. Bernie Sanders (I-Vt.), Elizabeth Warren (D-Mass.), Ed Markey (D-Mass.) and Chris Van Hollen (D-Md.) proposed a bill coined the “Tax Excessive CEO Pay Act” that set out to put a cap on the pay CEOs receive in relation to the working-class people who work for them.

“Americans across the political spectrum are outraged by the extreme gaps between CEO and worker pay,” it read on Lee’s press release. “According to a nationwide survey, the typical American would limit CEO pay to no more than 6 times that of the average worker. About 62% of all Americans – 52% of Republicans and 66% of Democrats – favor capping CEO pay relative to worker pay.”

This sounds like the first in a slew of equity-based legislative pushes so batter up, America. Maybe we’ll all be getting a swing soon.