75 % Of COVID Vaccines in U.S. Sitting in Freezers 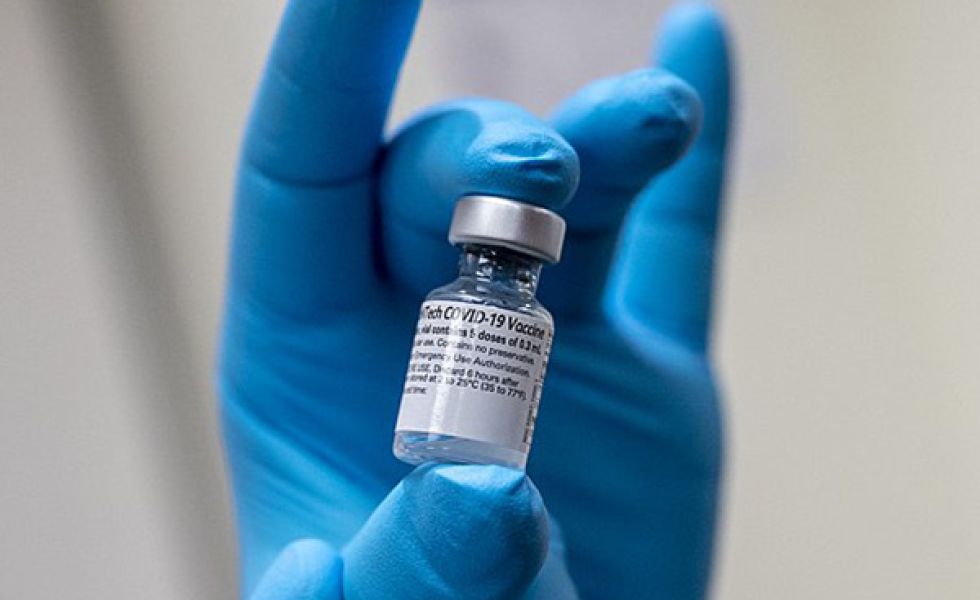 The U.S. has obtained more than 31 million doses of the Pfizer and Moderna COVID-19 vaccines, but has administered only about 12 million vaccinations nationwide, according to Jan. 14 data from the Centers for Disease Control.

California, which is currently facing the highest number of new infections and an average of 584 deaths per day with 10,000 deaths overall over the past 30 days, has distributed less than 25 % of the 3.4 million doses it has on hand. California Gov. Gavin Newsom announced Jan. 12 that 1 million more vaccinations will be administered by Jan. 17; he also announced that anyone over the age of 65 can now get a vaccine.

“I don’t think we have treated this as the emergency that it is,” said Dr. Robert Wachter, professor and chair of the Department of Medicine at the University of California, San Francisco, at a Jan. 13 roundtable briefing organized by Ethnic Media Services. He compared the death rates from COVID as the equivalent of a daily 9/11 terrorist attack, with about 5,000 people dying from the virus each day in the U.S.

“75 percent of the vaccines are sitting in refrigerators and freezers right now. And that’s scandalous,” he said.

The lack of a comprehensive national plan has greatly contributed to a bottleneck in administering the vaccine, said Wachter, noting that states have received little guidance from federal agencies and have had to create their own processes, resulting in a piecemeal approach across the country.
Wachter noted the irony: earlier, the U.S. health care community thought it would be hampered by the inability to manufacture sufficient supplies of the vaccine. But, in a twist, the supply is there without the means to effectively distribute it. His priority would be to get all people over the age of 55 immediately vaccinated, which could reduce up to 92 % of COVID-related deaths.

Dr. William Schaffner, professor of Preventive Medicine in the Department of Health Policy as well as Professor of Medicine in the Division of Infectious Diseases at the Vanderbilt University School of Medicine in Nashville, Tenn., noted at the briefing that the Pfizer vaccine has to be shipped and stored at -70 degrees Celsius, which means that large medical centers who have staff trained to handle deep freeze material.

That issue has been somewhat ameliorated with the Moderna vaccine, which can be shipped and stored at -10 degrees Celsius, allowing community hospitals, local health departments, and long-term care facilities the ability to store and administer vaccinations.

“Quite frankly, some states thought this was going to be just another flu campaign and they didn’t prepare sufficiently. This vaccine is more elaborate to administer in a variety of different ways. That has kind of gummed up the works,” said Schaffner.

He noted that both the Moderna and the Pfizer vaccines are equally effective.

The recommendations for both vaccines are two doses, with the second delivered about three weeks after the first. The incoming Biden administration — bolstered by a team of blue-chip health care providers on a new COVID-19 advisory board led by Dr. Vivek Murthy, who has been nominated as Surgeon General, reprising his role in the Obama administration — has announced plans to prioritize the first dose of the COVID-19 vaccine, getting as many people vaccinated as quickly as possible. As manufacturing ramps up, people would then get a second dose.

According to Pfizer data published in December 2020, the company’s vaccine is roughly 52% effective after the first dose. With the second dose, its efficacy rate soars to 94 %.

Moderna’s vaccine is 80 % effective after the first dose, according to documents the company submitted to the Food and Drug Administration. After the second dose, its efficacy is about 95 %.

Wachter noted that no one is advocating for a single dose only, while Schaffner cautioned that people may not remember to get their second doses. Both physicians said that a vaccinated person is nonetheless capable of transmitting the virus; therefore safety protections, such as masks and social distancing, should be continued.
Vaccine hesitancy — people unwilling to be vaccinated — is prevalent, especially in ethnic and rural communities. Schaffner noted that in his “big, red state” of Tennessee, there is a lot of skepticism about the virus and a real resistance to getting the shot. Unfortunately, he noted, these are also people who are not wearing masks.
Schaffner addressed vaccine hesitancy in the Black and Latinx population. “We need to extend the benefits of this vaccination to our entire population with its wonderful diversity in this country.

“We particularly have to reach the Black population, the LatinX population and other minority populations who have historical reasons to mistrust medical care. We need to not only provide them the information but a sense of reassurance and comfort that this is the right thing to do. It’s good for them. It’s good for their neighbors and their family,” he said.

Schaffner noted that advocacy is particularly effective when a member of the community — a clergyman or a sports figure — delivers the information. He added that the Biden administration is developing community-specific outreach plans.