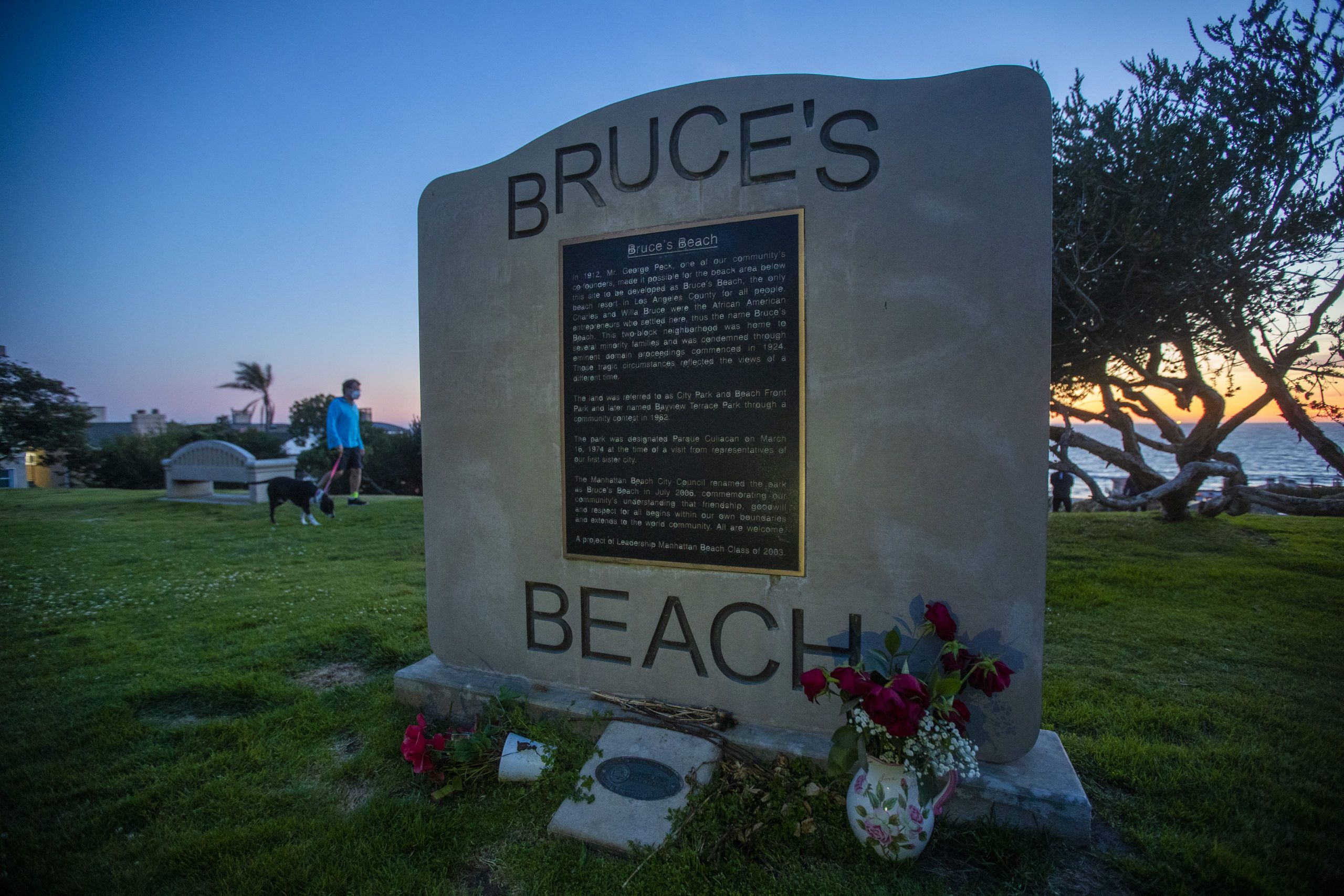 The question of how to rectify a long and brutal history of racism deeply embedded in the United States’ social fabric has drawn more urgency for conversations, especially after people took to the streets nationwide last summer to protest George Floyd’s death. But as the country grapples with the role of systemic racism, in Los Angeles County, officials have taken the lead in returning two parcels of land to a Black family wrongly seized by Manhattan Beach through the city’s racist eminent domain policies nearly a century ago.

“This is the story of an American Dream that turned into a nightmare”, said Fourth District Supervisor Janice Hahn, who represents Manhattan Beach. “But hopefully, all of us here can begin to right a wrong that happened 100 years ago, right here where we’re standing.”

Hahn is referring to Willa and Charles Bruce, along with a handful of other Black families, who settled in California seeking better economic opportunities in what was then a relatively isolated beach town.

Hahn opened the press conference describing how Bruce’s white neighbors had undermined the couple’s quest for property ownership. She delicately explained how a Black couple who despite the demeaning environment of Jim Crow, managed to purchase a beachfront site in 1912 and established Bruce’s Beach as a popular destination for Black Angelenos, who were denied access to most Southern California beaches.

To give those in attendance some context, Hahn quoted a 1912 Los Angeles Times article in which Willa Bruce said, “Wherever we have tried to buy land as a beach resort, we have been refused. But I owned this land, and I’m going to keep it.”

But their white neighbors were determined to enforce the city’s de facto segregation, vandalizing the vehicles belonging to Black visitors or, in other instances, roping off the beach in front of Bruce’s Lodge with “No Trespassing’ signs, forcing the people to walk a mile and a half around the oceanfront parcel to access Bruce’s resort.

“What would compel a group of people to suggest it appropriate that another group of people have to walk a mile and a half to enter something none of us own: the ocean and sand?” Supervisor Mitchell asked rhetorically.

At the time, the Ku Klux Klan had established a strong presence in the area as well. The white supremacist group flexed its muscle, reportedly setting the property on fire, but the Bruce’s remained resilient under increasing pressure and continued operating their small enclave.

The final blow came in 1924 when the city seized the property through eminent domain and paid the couple a fraction of their asking.

There was a crescendo moment when Chief Shepard, a descendant of the Bruce family, spoke at the press conference overlooking the parcel near the Strand and 26th Street.

“People say I’m angry. Yeah, I am,” said Shepard. “I am the generation from the generation that Charles and Willa Bruce prayed for. We’re going to stay here until the job is done. We want restoration of our land. Restitution for the loss of enterprise, and punitive damages for the collusion of the institutional racism in this city that railroaded our family out of here.”

For now, Los Angeles County officials say they are working with state lawmakers on competing proposals that would return the property – worth possibly $75 million – to the family.

Senate Bill 796 would make it easier for the county to transfer the land back to the Bruce family. If passed by the legislature and signed by Gov. Gavin Newsom, SB 796 would take effect immediately.

“The bill will finally allow Bruce Beach to be returned to its rightful owner,” said Democratic Senator Bradford of Gardena, chairman of the Legislative Black Caucus, who authored the bill.

Meanwhile, towards the end of the press conference, one resident of the Bruce’s Beach area spoke out against the idea of returning the Bruce’s Lodge property to its founders’.

“I’m a minority. I was born in Shanghai,” said Anne Marie Pearson, the Bruce’s Beach resident. “I’ve been lucky enough to live in this beautiful spot for over 50 years. I bought my property in 1981, for $58,000, and it’s worth millions now. Can the owner of the property that sold me the property for $58,000 come back and ask for the property back? I mean, what is going on here? I’m a minority; I’ve never been discriminated against in this community, but it hurts me that the people here are trying to spoil what we have.”

“I’m glad that you have had a good experience here, but this was historically a wrong,” replied Hahn. “There are a lot of us here that feel it was an injustice.”