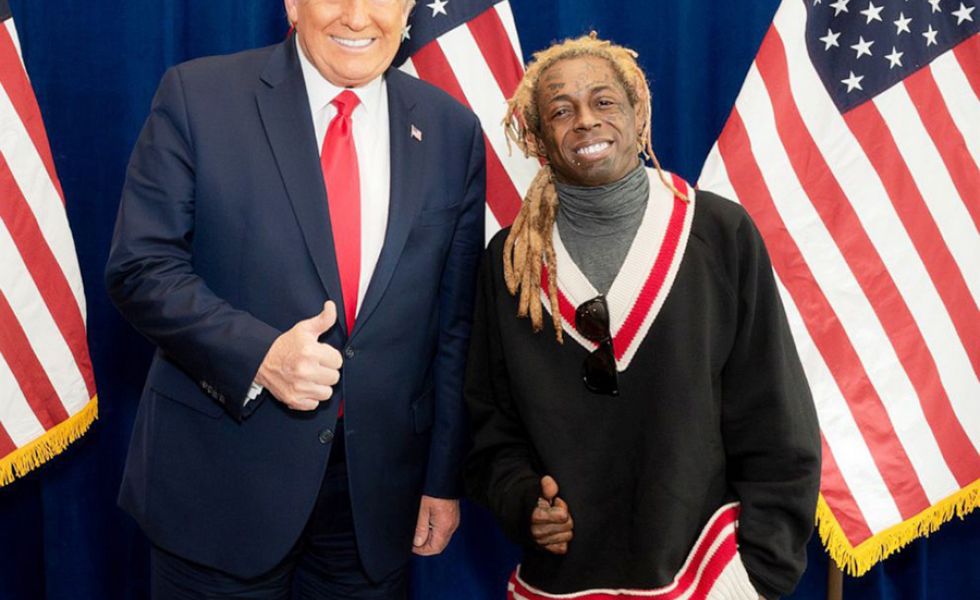 In his final hours as President, Donald Trump announced that he had issued 73 pardons and commuted the sentences of 70 politicians, businessmen and close allies in addition to rappers Kodak Black and Lil Wayne.

Some of the names were notable but unsurprising, as Trump was well known for his willingness to use his power to help longtime supporters and those with strong connections to him. The wave included his former chief strategist Stephen Bannon who he called “an important leader.” Bannon had been charged with defrauding hundreds of thousands in an online campaign to raise money for Trump’s border wall.

One of his top 2016 fundraisers, Elliott Broidy, was also granted clemency.

In the rap world, ROC Nation CEO Desiree Perez (named CEP of Jay-Z’s entertainment company in 2019) was granted a full pardon for her involvement in a conspiracy to distribute narcotics in 1994.

“Since her conviction, Ms. Perez has taken full accountability for her actions and has turned her life around,” the White House said in a statement. “She has been gainfully employed and has been an advocate for criminal justice reform in her community.”

“I’m grateful to have received a pardon and to have formally closed that chapter of my life in the eyes of the law,” she added in a statement provided to Billboard. “I have taken full accountability for my mistakes from 25 years ago, but I also take tremendous pride in my personal growth, perseverance and accomplishments since then. This pardon reinforces my lifelong commitment to advocate for criminal justice reform and social justice initiatives.”

Lil Wayne’s full pardon comes just weeks before the rapper was due to be sentenced after pleading guilty to possession of a firearm and ammunition by a convicted felon. He faced up to 10 years in prison.

In October, however, he spent an hour with Trump at his Doral Golf Club in Miami discussing his upbringing and interest in criminal justice reform before tweeting a photo with the president and endorsing him. The meeting seems to have paid off.

Kodak Black, currently serving a four year sentence for making a false statement on a federal document, will now have a commuted sentence and be released from federal prison after serving nearly half of his 46 month sentence.

“I Want To Thank The President @RealDonaldTrump For His Commitment To Justice Reform And Shortening My Sentence. I Also Want To Thank Everyone For Their Support And Love. It Means More Than You Will Ever Know. I Want To Continue Giving Back, Learning And Growing,” the rapper tweeted.

“He has committed to supporting a variety of charitable efforts, such as providing educational resources to students and families of fallen law enforcement officers and the underprivileged,” said the White House statement about the rapper. “In addition to these efforts, he has paid for the notebooks of school children, provided funding and supplies to daycare centers, provided food for the hungry, and annually provides for underprivileged children during Christmas.”