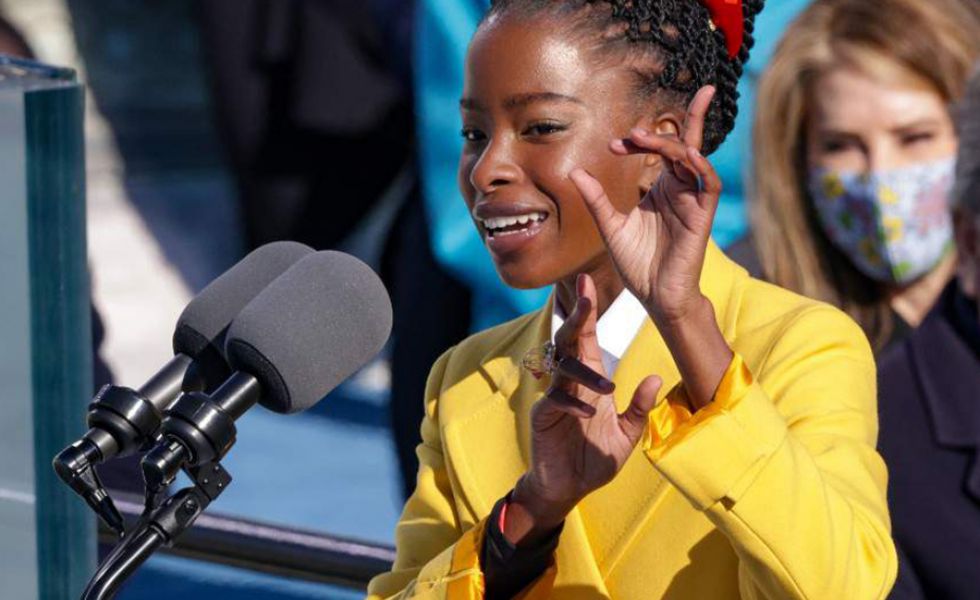 It was one of the inauguration’s most memorable moments and it belonged to Amanda Gorman, the 22-year old poet laureate who made history as “the first person to be named National Youth Poet Laureate”.

The powerful words of her poem, “The Hill We Climb”, struck at the very heart of what the United States is experiencing at this very challenging moment in history.
“We’ve seen a force that would shatter our nation rather than share it,
Would destroy our country if it meant delaying democracy.
And this effort very nearly succeeded.
But while democracy can be periodically delayed…
“We did not feel prepared to be the heirs
Of such a terrifying hour.
But within it we’ve found the power
To author a new chapter…

It can never be permanently defeated,” Gorman recited in the poem that evoked the powerful oratory of seasoned politicians, the cadence of a veteran Broadway actress and the poise of one well beyond her years. So impressed was now First Lady Jill Biden by Gorman, who’d previously seen her recite a poem at a Library of Congress event, that she recommended the Harvard University grad to the Inaugural Committee.

With her piercing words, the L.A. native wowed the star-studded crowd of political insiders including former presidents Barack Obama, George W. Bush and Bill Clinton, Michelle Obama along with the likes of Lady Gaga and Jenifer Lopez and the upwards of 5 million who viewed the 59th Presidential inauguration at the U.S. Capitol of the nation’s 46th President, Joseph R. Biden.

“I have never been prouder to see another young woman rise! Brava Brava, @TheAmandaGorman! Maya Angelou is cheering—and so am I,” Winfrey tweeted.

“With her strong and poignant words, @theAmandaGorman reminds us of the power we each hold in upholding our democracy. Keep shining, Amanda! I can’t wait to see what you do next,” Michelle Obama posted.

“Thank you, I would be nowhere without the women whose footsteps I dance in. While reciting my poem, I wore a ring with a caged bird—a gift from @Oprah for the occasion, to symbolize Maya Angelou, a previous inaugural poet. Here’s to the women who have climbed my hills before.”

Gorman, who began writing poems as a child and overcame a speech impediment, has dreams of running for president in 2036. She referenced that dream in her poem:

“We, the successors of a country and a time,
Where a skinny black girl,
Descended from slaves and raised by a single mother,
Can dream of becoming president,
Only to find herself reciting for one.”

Those who reveled in her words, can look forward to hearing a great deal more from Gorman who has two books set for release in September, including a bound edition of her inaugural poem. If history serves as any indication, it should be a huge seller given that a similar release of Angelou’s 1993 inaugural poem, “On the Pulse of the Morning”, sold upwards of one million copies.

Gorman challenged Americans to “leave this country better than the one we were left.
“If,” she said, “we merge mercy with might, and might with right, then love becomes our legacy in change, our children’s birthright.”