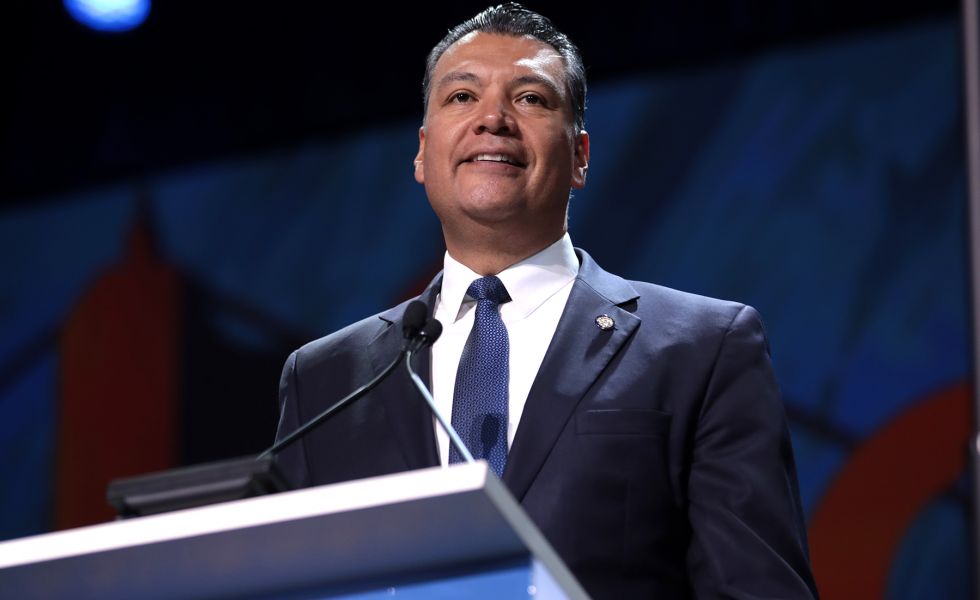 Gavin Newsom has appointed Secretary of State Alex Padilla to fill Vice President-elect Kamala Harris’ Senate Seat, ending a campaign from progressives in the state to fill the seat with another Black woman. But some Angelenos believe he may have instead turned up the heat on himself and the campaign to have him recalled.

Black organizers had urged Newsom to appoint Representative Barbara Lee or Congresswoman Karen Bass to the Senate hoping to replace Harris, the only Black woman in the Senate, with another.

His warning —and anger— was echoed by others.

“This is a slap in the face to California. Karen Bass was the most qualified person for that seat. I haven’t seen black people this mad since Hahn fired Bernie Parks—a move that cost him his political career,” said K.W Tulloss, President of the Baptist Minister’s Association. “Black people never forgot it and it seems that folks are even madder this time. In fact, some in the community are so mad that they’re asking where to sign up for the recall.”

“Kamala Harris’ seat got stolen,” said William Smart, President of the Southern Christian Leadership Conference. “The thief is Gavin Newsom. There must be ramifications for his actions.”

For one anonymous donor, the answer was cutting his financial support to the Democratic party.

“There are multiple Latinos in the Senate, but the Democratic party has no Black female senators. I won’t give any more money to the California State Democratic party until that changes. As to the governor, he just lost us. No democrat wins nationally without black votes.”

Critics of the move recognize that Padilla’s appointment is a historic one, as he will become the first Latino representing California in the Senate. Similar to Harris, he’s the son of immigrants (his parents are from Mexico), but the outrage following Newsom’s announcement had little to do with Padilla or his accomplishments.

“We recognize the accomplishments of Secretary of State Padilla and we will actively engage with his office to elevate the voices of Black women across the state and nation, but Black women deserved more from the Governor today,” shared Rachel Brashier, President of the Black Women’s Democratic Club.  The BWDC had partnered with Black Women for Wellness Advocacy Project, and Black Women Organized for Political Action to speak out and send a message to Gov. Newsom to pick a Black woman to replace Harris. After Senator Dianne Feinstein announced having reached out to Newsom to let him know about her support of Padilla, the BWDC and other Black leaders urged Feinstein to give up her own seat.  They also launched a social media campaign to garner support that has now concluded.

“The first thing that came to mind after I read [the news] was Malcolm X’s quote saying the most disrespected person in America is the Black woman. The most neglected and the most unprotected is the Black woman and so I do think that there should be ramifications because we’re never getting our due respect,” added Brashier.

Some like political consultant and fundraiser Lena Kennedy, believe it was a missed opportunity for Newsom.

“I think the Governor missed an opportunity to create equity in the U.S. Senate and to do what is just and right in the black community and he needs to be held accountable, especially in light of where the country is right now in terms of social awareness and justice. Where is his awareness? The black community supported him. It would have been just and fair for him to be cognizant of that,” argued Kennedy, founder of Women in Leadership, Vital Voices. “We—as a community— need to re-evaluate where we put our trust and faith.”

Despite anger from their supporters, Reps. Lee and Bass extended their congratulations to Padilla.

“Today, our state gains yet another champion following a distinguished line of individuals who have shattered glass ceilings and hurdled obstacles in their way. After then-Senator Harris’s historic election in 2016 as the first woman of color to represent California, we now have another historic barrier shattered as Alex will be the first Latino to serve California in the United States Senate,” Rep. Bass said in a statement..

“I congratulate Secretary of State @AlexPadilla4Ca on his historic appointment to fill VP-elect @KamalaHarris’s seat in the United States Senate,” shared Rep. Lee on Twitter. “I look forward to working with him on behalf of all Californians to address the economic and public health crises we are facing, and to create a brighter future for our state and for communities across the country.”

Newly-installed Second District Supervisor Holly J. Mitchell’s response to the appointment was mixed, celebrating both its historic nature and her disappointment.

“As a Black woman I can’t ignore what Vice President-elect Kamala Harris’s senate seat represented. She was the only Black woman in the U.S. Senate and now there are none. This is something we must hold space for discussing and acting on as our party works to rebuild our nation from the failures of the Trump administration. I hope that the Governor will remain mindful of the lack of representation for Black women in the U.S. Senate. I wholeheartedly trust that Alex Padilla will continue to lead with the integrity and fortitude he has shown as our Secretary of State and throughout his career in public service. I have worked with Alex in the legislature and know that he will fight for all Californians. We should not shy away from celebrating this historic moment while acknowledging the continued work that must be done to keep our seat at the table.”