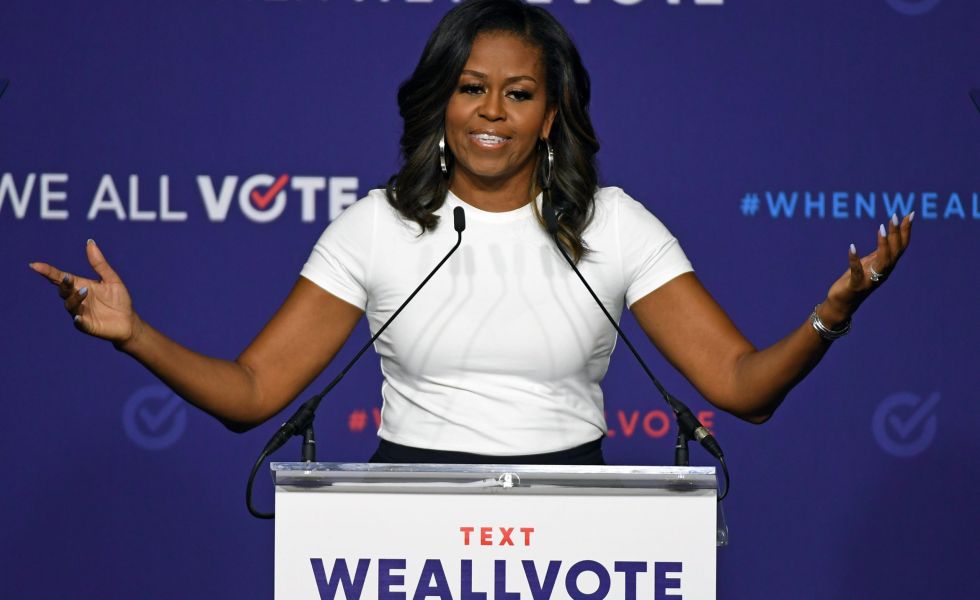 Former First Lady Michelle Obama is on a mission to get one million newly registered voters in advance of the 2020 midterm elections.

“In 2020, millions made their voices heard at the polls. But now, folks who oppose that progress are making it harder to vote. That’s why I’m asking you to join @WhenWeAllVote and 30 other organizations to turn out more voters and urge Congress to pass voting rights legislation,” Obama posted on Twitter.

As part of the effort, When We All Vote published a full page ad in the New York Times last week featuring a letter written by Obama.

“One year ago, we witnessed an unprecedented assault on our Capitol and our democracy,” Obama wrote. “From Georgia and Florida to Iowa and Texas, states passed laws designed to make it harder for Americans to vote. And in other state legislatures across the nation, lawmakers have attempted to do the same.

“This type of voter suppression is not new. Generations of Americans have persevered through poll taxes, literacy tests, and laws designed to strip away their power—and they’ve done it by organizing, by protesting, and most importantly, by overcoming the barriers in front of them in order to vote. And now, we’ve got to do the same. We’ve got to vote like the future of our democracy depends on it. And we must give Congress no choice but to act decisively to protect the right to vote and make the ballot box more accessible for everyone.”

When We All Vote— launched by Obama in 2018— is a leading national, nonpartisan initiative with the goal of changing the culture around voting and increasing participation in each and every election by helping to close the race and age gap. Joining the former first lady in the effort are fellow co-chairs Tom Hanks, Lin-Manuel Miranda, Janelle Monáe, Chris Paul, Faith Hill, Selena Gomez, Shonda Rhimes, Tracee Ellis Ross and Kerry Washington.

As a result of the group’s efforts in 2020, 512,000 people were engaged in the voter registration effort. Among this year’s goals are a million new voters along with the recruitment of thousands of lawyers to protect voters in the states where the freedom to vote is threatened.