LAUSD Teachers Demand Vaccines, Other Precautions Before Returning to Schools 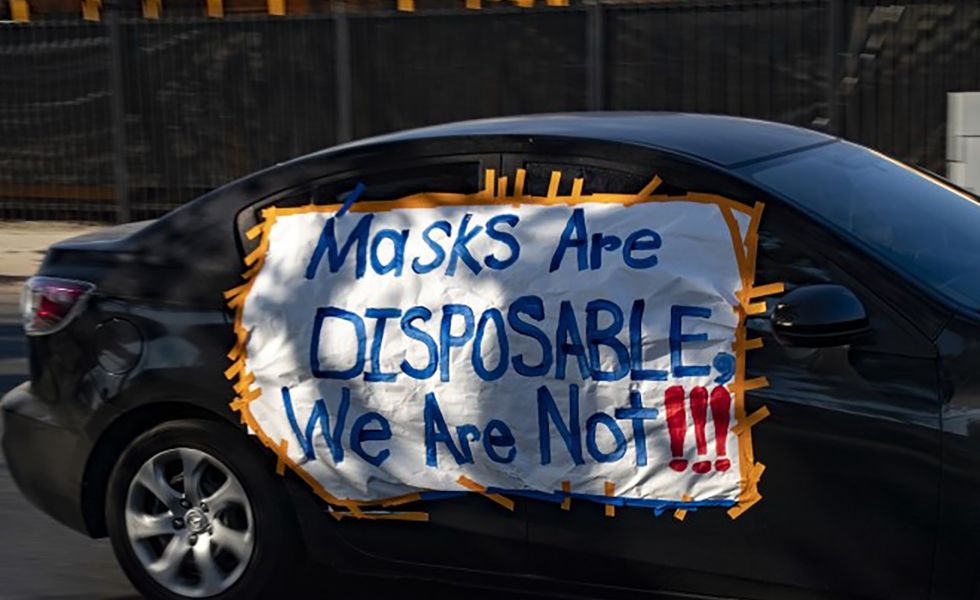 Staff
The Los Angeles Unified School District will resume limited in-person services for students with special needs this week and it is preparing for a limited reopening of schools soon but teachers are saying not so fast.

LAUSD reached an agreement on Monday with SEIU Local 99, the union representing the district’s food workers, truck drivers and non-teacher workers. Still, it continues to work with United Teachers L.A. The teachers’ union has warned that teachers will refuse to return to campuses if mandatory in-person instruction comes before certain conditions are met.

The union’s 35,000 teachers and other employees will vote this week on whether to move forward with the refusal to report to work in person. 93 percent of the 900 chapter chairs voted in favor of organizing around a refusal announced President Cecily Myart-Cruz.

“We all want our schools to reopen, but it must be done safely,” said Myart-Cruz.

On Saturday, educators and parents gathered in Downtown L.A, protesting in a car caravan to express their worries.

The union hopes LAUSD will wait until L.A County moves out of California’s purple “widespread” tier. They are also demanding that teachers receive the vaccine before returning to classrooms, even if the U.S Centers for Disease Control and Prevented indicated vaccination of teachers is not a prerequisite for schools to reopen in the guidance they released last week.

However, Gov. Gavin Newsom has promised that California will set aside 10 percent of its vaccine supply for school employees beginning March 1. Teachers and childcare workers will have access to 75,000 doses a week.