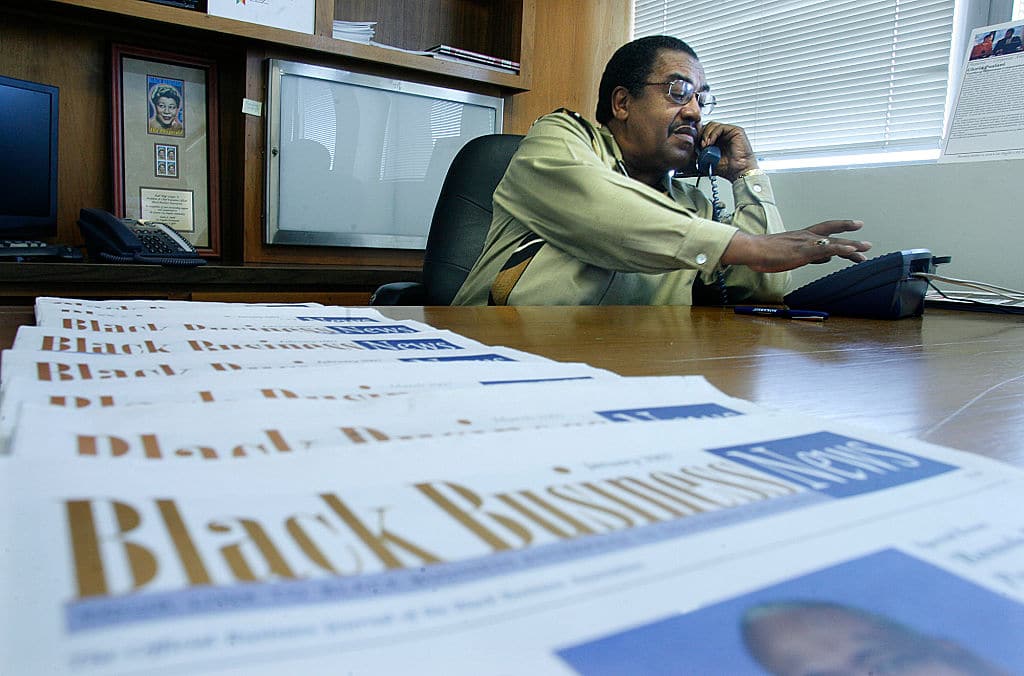 Cooper who was named president of the BBA in 1976—a title he held until he announced his retirement in January—has been at the forefront of advocacy in the Black business community since, establishing training, networking, and procurement partnerships with some of the largest corporations and government agencies in America, including the U.S. Small Business Administration and Southern California Edison.

“He’s all about promoting Black businesses”, said Tarrance Frierson, head of SCE Supplier Diversity and Development. He’s never missed an opportunity to make sure people know that Black businesses exist, that they are quality businesses, and that they make significant contributions throughout California and the nation.”

GLAAACC founder Gene Hale characterized Cooper as “an invaluable asset to the community.”

Cooper’s mission was prompted by a promise he made to God during his service in Vietnam.

“I promised God that if I made it back home, I’d make a difference.”

The Oakland native who’d been impressed by business since he had a paper route as a boy knew exactly how.

“My commitment was to Black business and Black folks,” said Cooper. “I told God I wanted to be an expert in that because that was in my DNA. I knew I was going to be a force.

Founded in 1970, the association is the oldest, active, ethnic business support organization in California. Headquartered in Los Angeles, the non-profit has been committed to ensuring that Black and other diverse business owners benefit from advocacy efforts to impact and implement policy, that improves access to contracting and procurement opportunities with the public and private sector, in addition to providing access to financial resources.

Activities also include annual salutes to Black history, Black women and Black music, as well as its twice-annual veterans’ procurement conference. There are also plans to launch its first e-commerce venture: a Black business-shopping guide.

Said Cooper, “It is and always will be a true commitment and my special purpose in life of serving African Americans and business owners, in addition to others. My legacy is that I was always committed to helping folks.”

Among those set to celebrate Cooper later this month are L.A. Sentinel Publisher Danny Bakewell, Sr. and GLAAACC President Gene Hale and current BBA President Sarah R. Harris, who took over at the helm of the group in January.