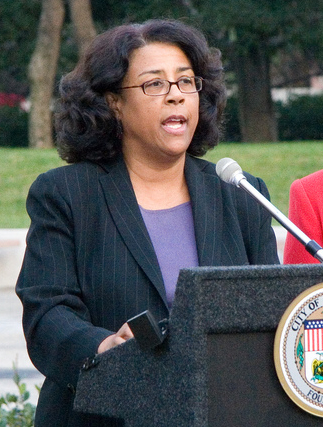 “I am running because all we see in Congress is gridlock and inaction on important issues like health care, climate change, and voting rights,” said Perry. “I will go to Washington to be a fierce advocate for working families, ensure they receive a fair return on their hard-earned tax dollars, and to swiftly and humanely get unhoused people off of the street and into housing with services.”

Perry—who served as a member of the L.A. City Council representing the Ninth District from 2001 to 2013—will face State Senator Sydney Kamlager in the race.

Perry currently serves as the executive director for two non-profits that address future infrastructure, economic development, and environmental challenges and support agencies that serve Los Angeles’ unhoused population. From July 2013 to December 2018, she served as the general manager of the City of Los Angeles’ Economic and Workforce Development Department. During her tenure, the department enrolled 91,000 people in its training and placement programs.