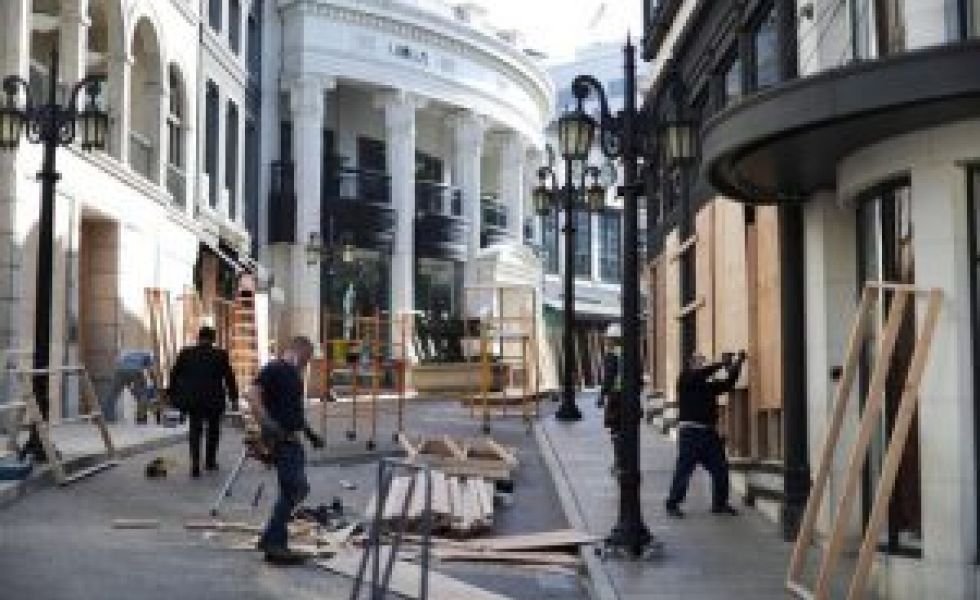 Ballot boxes being burned. Americans loading up on guns. Government and police agencies preparing for riots and the FBI investigating threatening emails to Democratic voters instructing them to cast their ballots to Trump “or else”.

Earlier this month, Attorney General Xavier Becerra petitioned the Sacramento Superior Court to order the Republican party to provide details about the location of private ballot boxes it set up, and the voters who left ballots in them. Some boxes were placed at gun stores, churches, and GOP party offices.

“Our work to ensure that all voters have confidence that their vote will count moves forward,” Becerra said in a statement. “To the extent that unauthorized ballot drop boxes are redeployed, our investigation is ongoing, and we will act where necessary.”

All just a snapshot of the confusion and heightened anxiety surrounding the November 3ed election as Americans line up in droves to cast their ballot early and ensure their votes are counted and their voices heard. To say that America is on edge pending the outcome of the November 3 election is an understatement. Gun stores have reported all-time spikes in sales. The demand for tactical apparel is also up and gas masks have experienced a 20-fold jump in sales.

Fifty-six percent of voters (as published in Breitbart) say they expect to see “an increase in violence as a result of the election”. Another poll found that 61 percent of Americans are concerned that the nation was on the verge of another civil war.

The heightened tensions surrounding the election are expected to come to a boiling point in the days following the election, though fearing an uptick in disputes between voters at the polls–and or voter intimidation, some local election authorities will be adding armed security, particularly as President Trump –in an unprecedented move– urged supporters to go to the polls and watch very carefully for voter fraud. Thus, setting up a recipe for possible outbreaks of violence.

And as the campaigns of President Trump and Joe Biden are prepping for legal challenges to election results and the counting of ballots which is sure to further inflame tensions, pro and anti-Trump groups around the country are already making plans to protest.

Police departments around the country are taking extra precautions. The Metropolitan Police Department in Washington, D.C. purchased more than $100,000 worth of less lethal weapons, including tear gas canisters in preparation for protests and potentially violent demonstrations after the election. The New York Police Department has told its officers to prepare for the possibility of protests that could last into 2021. The Justice Department is planning to station officials in a command center at FBI headquarters to coordinate a federal response to any disturbances that may arise around the nation.

Federal authorities have reportedly thwarted several right-wing terrorist plots across the country in recent months – from an alleged conspiracy in June to firebomb buildings and Black Lives Matter protests in Las Vegas by members of the “boogaloo” movement, to the arrest of 14 men linked to two anti-government groups that allegedly conspired to kidnap Michigan Governor Gretchen Witmer.

In the months leading up to the election, People’s Rights– a paramilitary group founded by an anti-government activist with chapters in at least 15 states and a professed membership upwards of 37,000 who, angered by COVID-19 restrictions, have staged rallies– and are telling their members to prepare to stock up for scenarios that may include chaos, riots and looting and that may lead to basic shortages of food and goods, power outages and supply chain interruptions.

In fact, across the country, Americans are stocking up to hunker down for a possible wave of sustained election-related unrest and according to one analyst, the violence will occur no matter who wins.

“If Biden wins, it will be an excuse to try to delegitimize the results and to go after perceived enemies on the left, and of course, that means labeling pretty much anyone that you disagree as Antifa. If Trump wins, this will be a signal to these far-right groups that have supported him, extremist groups like the Oath Keepers, Proud Boys, that they will see this as open season to go after people that have been opponents of Trump.”

Given how Trump has already framed the election as being rigged, officials also fear a possible threat in a loose coalition of vigilantes and other armed extremists who think that their election is going to–or has been – taken away.

Should Trump hesitate to accept the election outcome, the Protect the Results coalition has already set in motion over 200 non-violent rallies in cities across the United States slated to begin a 5:00 pm on Wednesday, November 4. Many of the groups have been planning “war game simulations” of how to prepare for various election scenarios.

Under one such simulation of a narrow Biden win that Trump contested; the Transition Integrity Project war game saw more than 4 million Americans take to the streets for the Democratic nominee.

Stephanie Owens, the NAACP’s national grassroots election protection project manager, says the challenges of COVID-19 and the racial protests following Floyd’s death have heightened the organization’s normal concerns about violence. In some cases, the NAACP has been talking to voters about removing their yard signs and bumper stickers to avoid post-election violence.

“The symbolism of who you’re supporting is a very large component of our election tradition. But there is almost nothing traditional about this election,” says Owens. “People are already being targeted based on the candidates they are supporting.”

The NAACP’s Detroit chapter announced that its members and area attorneys will monitor polls across the city and state on Election Day for instances of voter intimidation or voter suppression.

“We’re not police officers, but we have eyes and we have ears,” said Chui Karega, a lawyer and general counsel for the Detroit branch of the National Association for the Advancement of Colored People. “We will stand tall and we will be present to assist in the enforcing of the law.”

The NAACP has also trained thousands of volunteers in de-escalation tactics, hoping to reduce violence before it even starts.

Political insiders believe that a close race would make for the worst scenario for civil unrest and a landslide win for Biden would be the best scenario. Even then experts say there is no playbook for what will happen on November 3rd and in the weeks following the election. The Bush/Gore Florida debacle that had poll workers counting chads lasted 36 days.

Here in California, Secretary of State Alex Padilla is projecting a safe election while conceding that counties need to be ready for potential trouble, including any efforts to threaten or harass voters.

LAPD Police Chief Michael Moore is assuring Angelenos that they will be safe, given that armed militia groups are not as predominant in Los Angeles as they are in other areas of the country. He has, reportedly, asked officers to reschedule any vacations or time off around election day in the event of any unrest.