Women Leaders on Sen. Harris Replacement: “One Is Not Enough, Zero Is Unacceptable.” 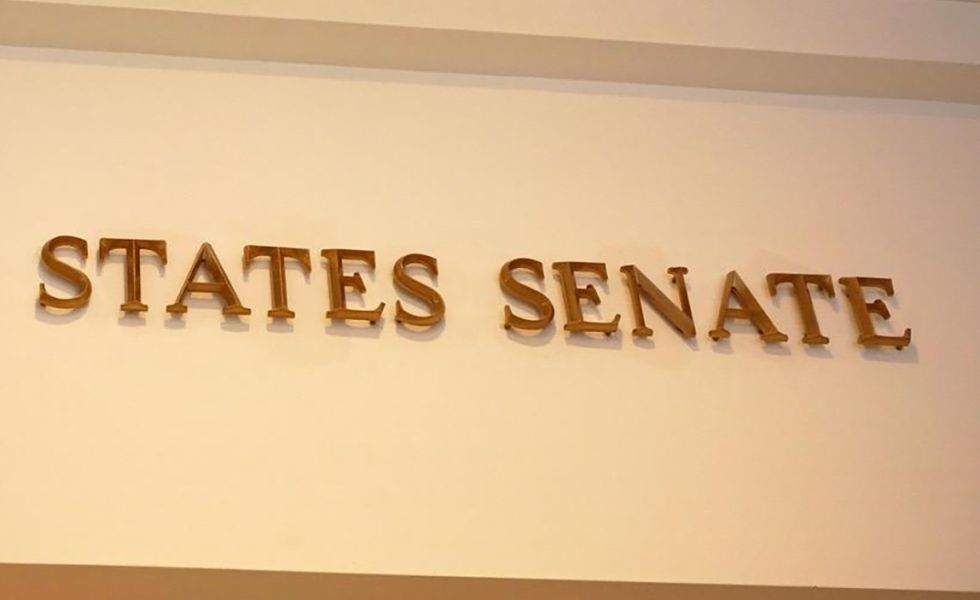 The California Democratic Party Black Caucus (CDP Black Caucus) joined hands with other women organizations this past weekend. Their goal: to turn up the pressure on California Gov. Gavin Newsom to appoint a Black woman to replace outgoing Sen. Kamala Harris in the U.S. Senate.

During the virtual “Keep the Seat” news conference, which representatives from the National Organization for Women (NOW) and Black Women United (BWU) attended, the organizers explained why Gov. Newsom should appoint a Black woman. They also gave reasons why he should narrow his options to U.S. Representatives Karen Bass (D-CA-37) and Barbara Lee (D-CA-13).

“This is a pivotal time in California history. I hope together we can bend the moral arc of history towards justice, together, by ensuring that the most underrepresented and marginalized community retain a significant representation in California by appointing a Black woman to replace Kamala Harris,” said Taisha Brown, chairperson of the CDP Black Caucus.

Brown continued, “Our call is for all of you to join us in saying to Gavin Newsom, our governor, that we are not going to accept anything but a Black woman. I think it’s critical that we emphasize that.”

But with Harris’s imminent ascendency to the Vice Presidency of the United States, there will be no African American woman in the US Senate after Jan. 20, 2021.

In response, the CDP Black Caucus has put out a call to action under the slogan “One is not enough, and zero is unacceptable.”

“We have a Thanksgiving message for Gov. Gavin Newsom. Our goal is to have 250 every day until Thanksgiving. We need you to speak up. Make a call and let Gov. Newsom know that Black women have been the backbone of the Democratic Party as voters, organizers, and we deserve representation in the United States Senate,” said Kendra Lewis, a representative for the CDP Black Caucus.

Dr. Maulana Karenga, professor and chairman of Black Studies at California State University Long Beach, was also one of the “Keep the Seat” speakers. Karenga, who is also the founder of the annual spiritual and cultural celebration Kwanzaa, said he “stands strong” with the CDP Black Caucus’s push to keep a Black woman from California in the U.S. Senate.

“First of all, no one is more qualified than the two women mentioned — Bass and Lee. It’s not a gift. It’s recognition overdue. It’s also a service to the Democratic party. Black women have been the backbone of this party. So, it is debt owed to them,” he said.

Over the weekend, several top women Democratic Party donors in California also urged Newsom to select a woman of color. About 150 of them have placed a letter in full-page ads in two newspapers — the LA Times in Southern California and the San Francisco Chronicle in Northern California — making their request known to Newsom.

“Women of color are the core drivers of electoral progress in our country, and their voices should be heard in the nation’s highest governing body. California is fortunate to have a strong pipeline of women of color in elected office who are prepared to serve; as Californians and political supporters, we look forward to you selecting one of them,” the letter read.

The California Legislative Black Caucus (CLBC) and other Black leaders in the state have also called on Gov. Newsom to fill the seat with an African American woman.

The CLBC members also sent a letter to Gov. Newsom making their case for why Bass and Lee should be at the top of his shortlist of candidates. They cited the women’s lengthy legislative experience coupled with their broad foreign policy knowledge.

Before the election on Nov. 3, Newsom said that he was getting pressure from different groups in the state about who he should appoint to replace Harris. He also acknowledged that he feels the weight of making that important decision and predicted that his choice would not please everyone.

“The stress of having to choose between a lot of friends, to choose between quality candidates, and the fact that whoever you pick, there are going to be a lot of people who are going to be upset, disappointed, that it wasn’t this or that, I don’t even want to get my arms around that until I have the privilege of having to make that decision,” Newsom said in an interview with Los Angeles’ FOX 11.

Gov. Newsom can either decide to make an appointment to complete Harris’s term or he can call a special election.