When A White Woman Called 911 on Her White Boyfriend, Her Black Neighbor ‘Fit the Description’ and Was Arrested 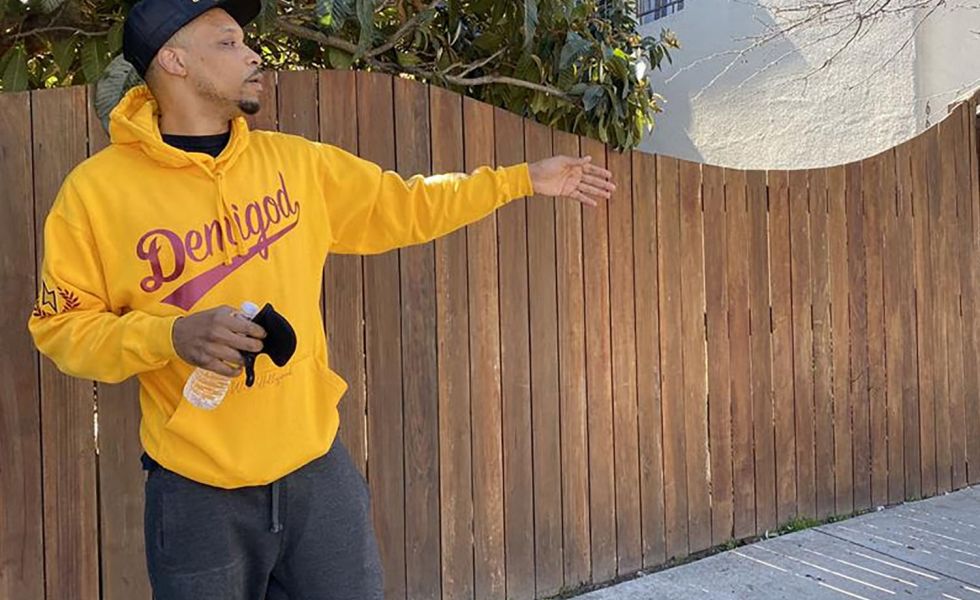 A Black man who was arrested in Hollywood, Calif. after his white neighbor called 911 on her white boyfriend, is on a mission to get the body-worn camera footage of the controversial encounter released.
42-year-old music producer Antone Austin was bringing in his trash cans at his Hollywood apartment on May 24, 2019, when two LAPD officers suddenly pulled up and ordered him to turn around. Without explanation, the officers immediately attempted to handcuff the 6’5” man and became upset with Austin when he didn’t comply.
“They didn’t care,” Mr. Austin said. “The officer just said, ‘We got a call,’ as he started to put his hands on me.”
As Mr. Austin was being detained, he screamed for help, triggering his girlfriend to come running out of their apartment.  30-year-old  singer Michelle Michlewicz had just gotten out of the shower and had on a parka jacket with nothing underneath.
As she tried to help her boyfriend, officers tackled her exposing her naked body.
Both were arrested and taken to jail.
Antone was initially charged with resisting arrest and assault on a police officer.  The assault charge was eventually dropped. His bail was $7,000.  His girlfriend Michelle was charged with felony lynching.
Felony lynching is a technical term in the California penal code that refers to “the taking by means of a riot of another person from the lawful custody of a peace officer” The charge carries a maximum penalty of four years in prison.
Michelle’s bail was $50,000.
The couple’s attorney Faisal Gill says that on that day the LAPD officers didn’t even know who they were looking for.
“We have body camera footage that shows the initial responding officers spotting Antone bringing in his trash can,” Mr. Gill explains. “One officer says, ‘Is it this dude,’ to which his partner responds, ‘Probably.’”
The attorney says that the footage also shows officers discussing the fact that they had no information on what the suspect looked like and that they just got a call.
“It was racial profiling. No question about it and to add injury to insult they arrest my clients, put them in jail and charge them with crimes.”
“Even the woman who called 911 tried to tell the officers that they had the wrong person,” he added.
Much of the incident was recorded by body-worn video cameras carried by the officers involved, Gill said.
In court filings, the LA City Attorney’s Office said the couple’s claim is without merit and should be dismissed and that they themselves are to blame for the force used against them.  The City Attorney wants the police immune from any liability.
Michelle and Antone’s case is set for jury trial in October.
Attorney Gill has filed a motion in federal court to get the body camera video unsealed so that it can be made public–a move LA City Attorney and 2022 mayoral candidate Mike Feuer has opposed.  Currently, the video is under a court-mandated protective order. The hearing is set for later this month.
“What amazes me is that they’re still fighting me,” he said. “They have no case. We have the bodycam footage; we have the 911 recording. Everything bears out the facts as we say it.”
The criminal charges against the couple have not been dismissed.