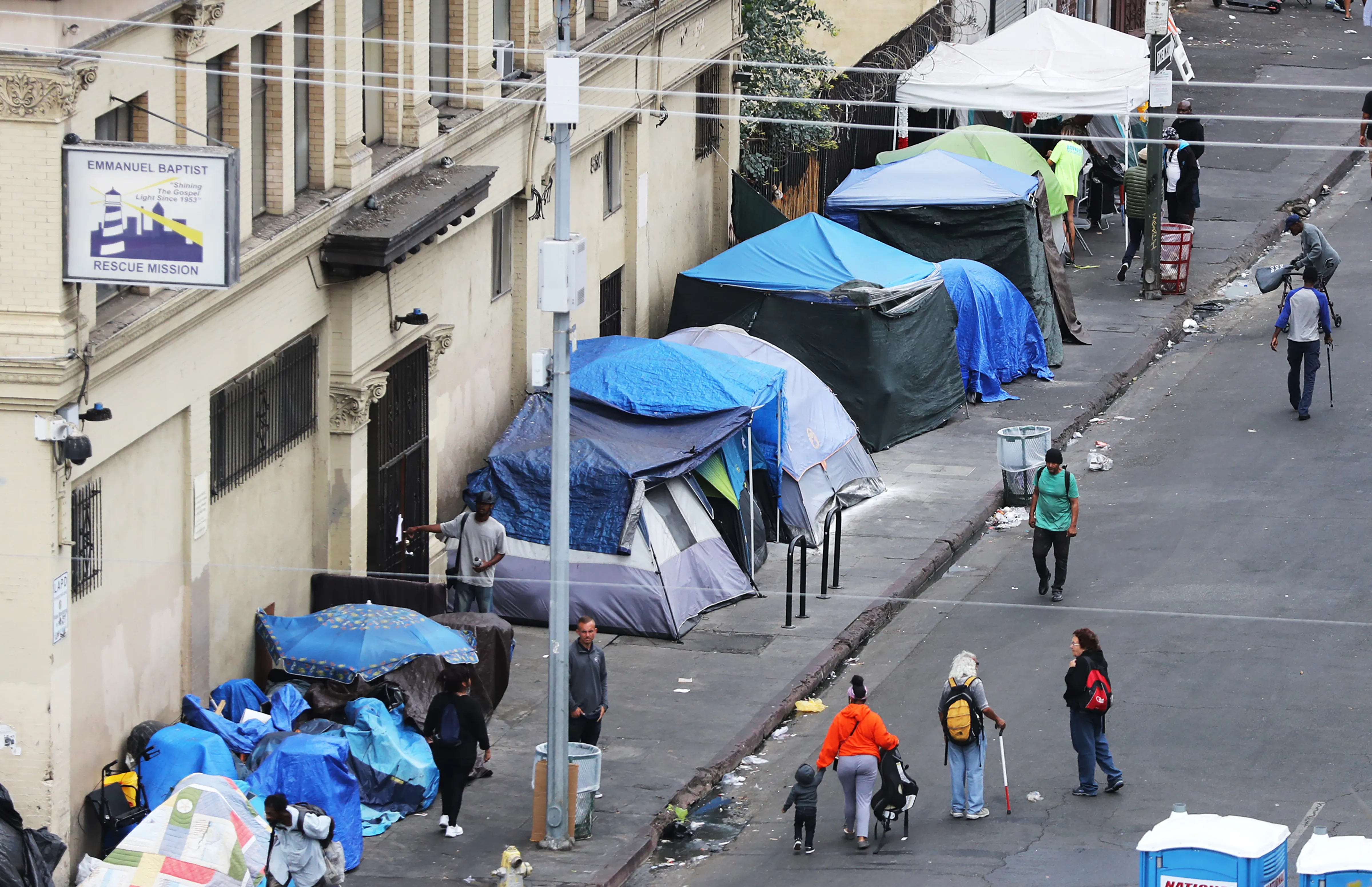 With more than 65,000 people living on Los Angeles County’s streets, there’s desperation in the air. Despite all efforts to address it, the situation is worsening, and frustration mounting.

“We’re failing them,” one Latino voter said, as reported recently by the No Going Back L.A. group assembled by the Committee for Greater LA to address homelessness.

In a Feb. 9 public webinar, the Committee shared results from six small voter focus groups it convened to study voter sentiment and perceptions around homelessness and identify potentially successful positions that candidates in upcoming elections should consider in addressing the topic.

The focus groups showed that voters are generally sympathetic to the plight of the unhoused, even as they’re also frustrated by the scope and seeming intractability of the situation, and sometimes with the individuals themselves.

Voters have approved new spending measures in recent years to try to improve things. In the City of Los Angeles, voters in 2016 approved Proposition HHH, a $1.2 billion bond measure to develop supportive housing over the following decade. The next year, County voters approved Measure H, a quarter-cent sales tax – worth more than $350 million annually — to fund supportive services, also over the following decade.

Homelessness, said Committee Chair Miguel A. Santana, President and CEO of the Weingart Foundation, one of the Committee funders, has become “like sunshine and traffic, part of the L.A. ‘brand.’ That is not something to be proud of.”

The Committee is developing a proposal for a “center” charged with measurably reducing homelessness independent of the political establishment, by coordinating government, philanthropic, and community efforts, and including the expertise of the lived experiences of unhoused people themselves.

A preliminary goal for the center is a 50% reduction in homelessness within five years.

The Hilton Foundation, he said, has provided $175 million to various partners working on reducing homelessness.

“We are concerned that the investments are not meeting their potential,” he said as he called for “renewed energy toward tangible realistic goals” and cited his grandmother’s search for “a single neck to throttle” when performance falls short of expectations.

The focus groups, which included Latino, Chinese, African American, white and mixed ethnicity voting men and women both Democrat and GOP-identified, in age groups ranging from early 20 to mid-70s, generally perceive the homeless population as comprised of four elements: the first two, the mentally ill or the drug-addicted, are seen as comprising at least half of the population. The rest of the unhoused population is perceived as either having fallen on hard times or simply preferring to live outside, although being otherwise healthy and capable of working.

They expect homelessness will remain challenging in the years ahead, but would like to see greater uniformity in how it is addressed across the county’s 88 municipal governments, along with ambitious targets and transparency in all efforts.

“Villanueva (Los Angeles County Sheriff Alex Villanueva) really has a very hard stance view on homelessness that just wants to put every homeless person like either in jail, or like basically destroy their life,” a millennial participant said. “We’ve seen that it doesn’t do anything.”

The unhoused are usually not newcomers to Los Angeles, and the numbers are growing among families, seniors, and the disabled. Veterans have fared better, thanks in part to federal-level focus on their circumstances

As stated in its May 2021 report, “We’re Not Giving Up: A Plan for Homeless Governance,” the Committee sees a focus on racism and racial inequalities that contribute to homelessness as a key factor in addressing it.

According to data compiled by the University of Southern California’s Price School of Public Policy, the county’s African American population, 9%, is far over-represented among the homeless population, at 48.1%. The percentage of Native American and Alaska Natives among the unhoused is also more than five times greater than it is among the general population, 2% out of .4%.

At 32%, Latino/Hispanic residents are the second-largest percentage of the homeless population, while 48.6% of the general population. Asian Americans are 1.2% of the unhoused, 15.4% of the overall population.

The Los Angeles Homeless Services Authority, in releasing the 2020 homeless count survey, noted that although a daily average of 207 people were getting off the streets and into homes in 2019, they were being replaced on the streets, on a daily average, by 227 newly unsheltered people.

When housing costs as a share of income exceeds 22%, homelessness increases. In Los Angeles, that percentage is stands at 46.7%, according to the same report.

The Committee for Greater LA believes that homelessness is the general population’s top concern and that people have lost all faith in elected officials’ ability to honestly and efficiently direct public resources intended to address it.

A poll released Feb. 15 by UC Berkeley’s Institute of Governmental Studies found that 66% of more than 8,000 voters surveyed in early February rate Gov. Newsom’s handling of homelessness as “poor” or “very poor,” up from 55% in September, 2021. On no other topic surveyed, including education, crime, drought, budget management, climate change, wildfire threat, jobs and the economy, and the coronavirus, are voters as critical.