Tributes Continue in Pour in Marking The Passing of Apostle Frederick K.C. Price 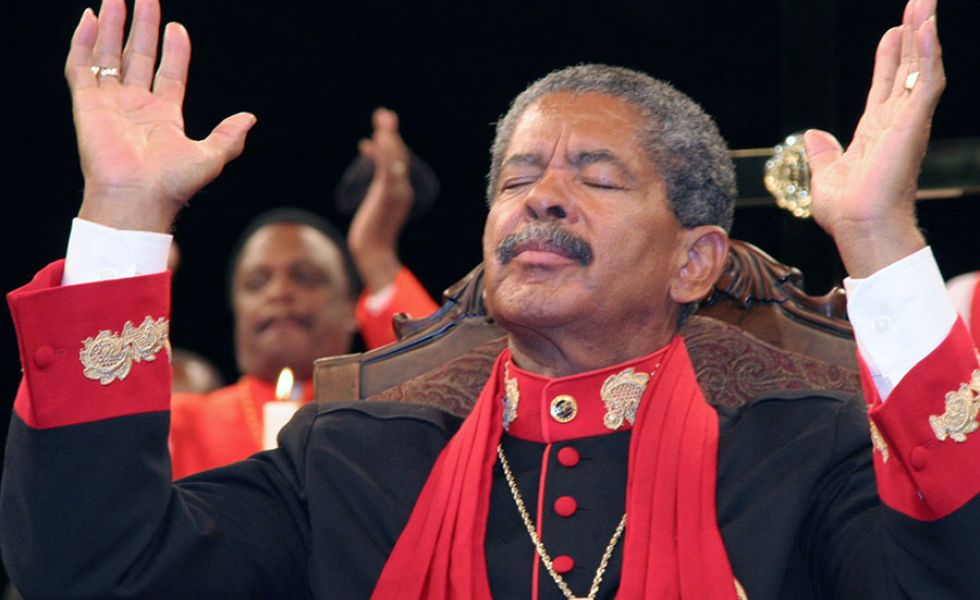 Tributes continue to pour in following the death of Apostle Frederick K.C. Price, founder of Crenshaw Christian Center. Price—who is credited with birthing the city’s charismatic word of faith movement through his Ever-Increasing Faith Ministries— had been in an L.A. area hospital battling COVID-19 for the past five weeks. He was 89.

For the legions of those who followed and admired him, Price will not be remembered by how he died but by how he lived. It was a life of breakthrough, tremendous success, and the pinnace of celebrity in a profession not accustomed to it—all while redefining the heights to which a black man in religion could excel.

Pastor A.R. Bernard called him “a giant in the kingdom” and an important part of the Black and American religious experience. To Dr. Bill Winston, he was “a man of unequaled excellence and integrity, was one of the greatest faith leaders in the Body of Christ.”

“It’s virtually impossible to be a preacher of the Gospel and not have been impacted by this giant in the faith,” said Bishop Joseph Walker, the International Presiding Bishop in the Full Gospel Baptist Church Fellowship, International.

By his own admission, Price came out of nowhere when in 1973, he established Crenshaw Christian Center and birthed a charismatic word of faith movement in the city and in black religious circles across the nation.

“No one knew who we were, and there were pastors in this city with people in their congregations hungry for information — who wanted more than the sweet pill of emotion,” Price told L.A. Focus in 2005. “Those people started coming over to our church. Their pastors were hearing about it and were mad at me.

“At one point in terms of what you might call charismatic word of faith ministries, we were the only game in town in the United States, especially amongst people of color.”

A forerunner to today’s African American mega pastors, Price would go on to blaze a trail that would rewrite the Los Angeles church scene, growing his ministry of 300 to near 20,000 and pioneering televangelism in the black religious community with his “Ever Increasing Faith” broadcast which at its peak had an estimated viewing audience of 30 million in a broadcast network of 84 television and 35 radio stations worldwide.

Of his decision to go on TV, Price recalled, “The Lord gave me directive to go on television. He told me where to go, what cities and markets in other words. He told me exactly what to do with the television ministry. And I just believe that if He chose me to do it, if I was obedient, that He would provide the resources. And looking back…that’s exactly what happened. Actually, there were highly populated black areas. Los Angeles, New York City, Chicago, Washington D.C., and Detroit, Michigan. These were and still are some of our highly density populated black areas. These are the areas the Lord told me to go into to.”

In a social media post, Bishop T.D. Jakes recalled, “The last time I saw him, I introduced him at our International Pastors and Leadership conference as a man who stomped his foot, and the entire world shook! It was an impartation from his many years of ministry we hoped for. There is no corner of the globe his message didn’t reach! And though he stomps no longer, the tremors remain as evidence he was here!

With his sprawling 32-acre campus, home to the Faithdome and the former site of Pepperdine University, Price was the largest landowner in South Central, and he and his wife, Betty, took pride in being one of the inner city’s largest black-owned businesses and employers.

“The construction of the Faithdome and the fact that on the day of dedication of the facility both that and the grounds that it sits on, was all paid for, without a struggle, without selling God short, without reducing God to the state of a beggar in the eyes of the world, but by the principles He has given me, that I taught, and the people responded to. That’s one of the highlights of my life.”

He drew strength from his family—his wife of more than 65 years and their four children, all of whom serve in the ministry, including Fred Price Jr., who now serves as pastor.

“The outpouring of love has been amazing and unbelievable. People calling to say how he saved them or changed their lives—how he was an icon. But Daddy didn’t see himself as an icon, just as a humble servant,” said daughter Angela Evans, CEO of Crenshaw Christian Center.

When asked in 2005 what legacy was most important for him to leave, Price simply said this: “That I was a man of my word. That I practiced what I preached and that nobody can find any egitimate fault in that.”

Services are pending. For more on Price and his legacy, check out our cover story in the March issue of L.A. Focus.