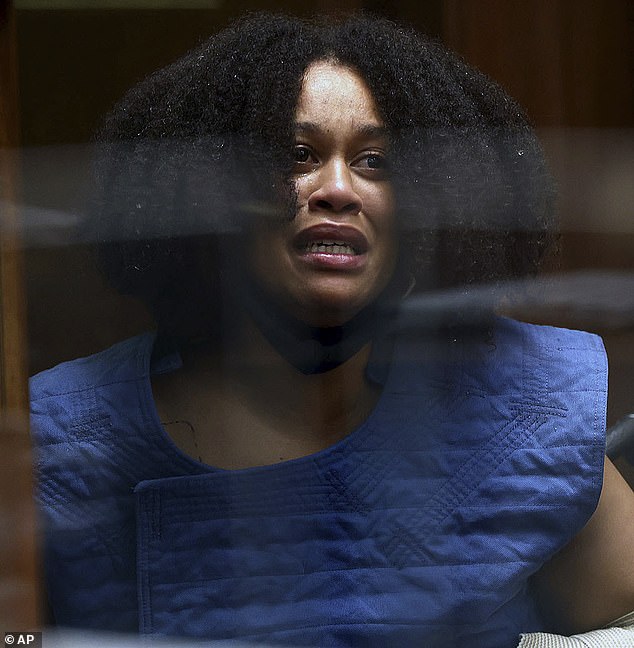 As Nicole Linton sits awaiting trial for the fiery crash that killed five —including an 11-month old toddler and a pregnant mother, her own family is struggling to come to grips with the tragedy while expressing their deepest sympathies to the relatives of the victims and opening up about what they feel may have happened via a website set up by her sister, Camille Linton.

“What happened to the victims and their families is heartbreaking and I send my deepest condolences to all those who lost a loved one,” Linton writes. “And even though we as a family have been steadfastly supporting Nicole, who we love dearly, there is room in our hearts for the victims that have been most directly affected in this case.

“I hope that by creating this website, I can provide clarity on who Nicole is and her struggles with mental illness. But most importantly, I am writing this post because I want to increase awareness of mental health issues and how our society treats the mentally ill.”

Four minutes before the tragic accident, Linton received a call from her other sister who noticed Nicole behaving erratically and feared another manic episode was underway.

It was around 5pm PST when I found out about the accident after speaking with a social worker who told me that Nicole was still in the ER. She also mentioned that Nicole didn’t initially recall the accident, and that it wasn’t unusual to experience amnesia in an accident…

“When I heard some people didn’t survive, it never once crossed my mind that Nicole was the cause. It wasn’t until a family member found the LA times article around 6pm PST that we knew what happened. They then found the YouTube video of the crash and we were all in total shock.

“When I see that video, I don’t see Nicole driving…I see her mental illness driving. Something must’ve happened that caused her to completely disassociate with reality, from the fact that there was no reaction from her to break or swerve. Was it something similar to what happened in May 2018, when she became completely catatonic at the police station? Could she really have a neurological condition like frontal lobe epilepsy that could’ve cause her to go stiff and have amnesia? These are questions we would like to have answered and why we want to get her into a treatment facility to be fully tested and properly diagnosed.”

It was in 2018 that Linton says her sister, then 32, was first diagnosed as bi-polar following a manic episode that resulted in an arrest for disorderly conduct and her subsequently being voluntarily committed to a psychiatric treatment facility. She was hospitalized twice in 2019 for mental health issues including an incident when she was seen running around her complex naked.

Linton also addressed claims of her sister having a history of reckless driving.

“This was extremely misleading because it was presented as if she was involved in 13 collisions when a reportable incident could be something as small as calling a tow truck to change a flat tire or jumpstart a battery,” she observes. “They are also now referencing really old speeding tickets she got over 10 years ago while driving on a freeway. As far as we are aware, she has never been in any collisions involving high speed, reckless driving, resulting in serious injuries, or involving any manic episodes.

“What people must understand”, Linton emphasized, “is that over 90% of our interaction with Nicole has been “normal” and even when she is manic, it has never been anything that would cause us to believe she was a danger to herself or other people,” Linton explained. “Not once in the past four years was I ever worried that something like what happened on August 4th could happen.”

Instead, she reflects that she and her family are experiencing the Herculean difficulties faced in trying to diagnose, monitor and treat a loved one with a mental illness.

In the latest website entry, titled “Murder vs. Vehicular Manslaughter”, a perplexed Linton questions why “someone who no history of dangerous driving and suffering from a mental illness is facing murder charges.”

“On the Saturday night when they were booking her, we were positive she was going to get a vehicular manslaughter charge and the bail would be set to something like $300k,” Linton recalls. “But then we heard from the bail bondsman that they were actually going to charge her with murder and the bail would be set at $2 million. Minutes later, the bail bondsman called me and said it was actually going to be $9 million. Even he was in complete shock and said he’s had serial killers post bail at $2 million. We went from thinking we would be able to get her out the next day and place her in a psychiatric facility to her not even getting bail.”

If convicted, Nicole Linton faces up to 90 years in prison.