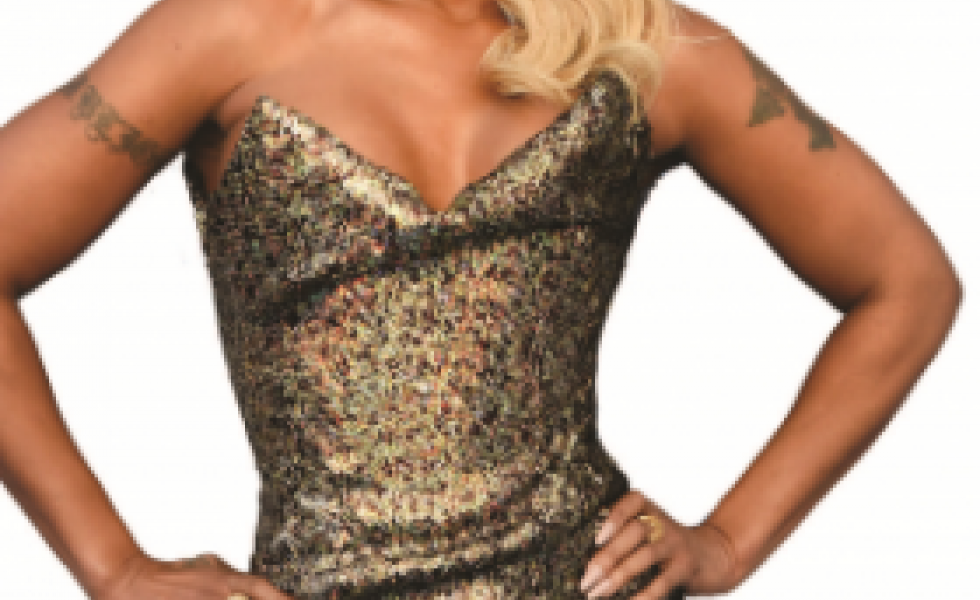 An entertainer with a lasting career like Mary J. Blige must have the ingredients to success.
“I stay grateful, I stay thankful, and I work really, really hard. I’m always trying to figure out new ways to be better, spiritually and personally. It’s not just about all of the accolades I have coming. I couldn’t have them if I wasn’t spiritually aligned and if I wasn’t strong in my mind,” Blige explained. “It’s really about staying healthy in spirit and believing the best in myself and everyone else. Good things come with prayer and meditation. Blessings come, jobs come, by the grace of God.”

The grace of God has catapulted Blige’s career to great heights. Blige has released 13 studio albums, won nine Grammy awards and sold 50 million albums in the United States and 80 million records worldwide.
But her talent doesn’t stop with music. The 49-

year-old received three Golden Globe nominations, one for a supporting role in the 2017 historical drama, “Mudbound.” She was also nominated for an Academy Award for Best Supporting Actress and Best Original Song for the film, making her the first person to be

nominated for both acting and songwriting in the same year. “I caught the acting bug when I was seven. My music teacher put me and this guy in a school play, and word went around the school about how great we did,” Blige recalled. “I took that with me. It was in my heart but I was scared to dream big or let people see that I was optimistic. When I got into the music business, it came back.”
Even with praise and awe coming from all areas of the entertainment industry, she says the key to success is simple.
“My formula to success is being healthy from the inside out. Learning how to love myself, honestly.”
Learning to love herself didn’t come easily.
Born in the Bronx and raised primarily by a single mother, Blige had an admittedly difficult upbringing. She was sexually abused as a child; it was singing that got her through her lowest and most difficult moments.
Her love for music is also what changed her life. In 1989, Blige became the first woman, and the youngest artist, that Uptown Records had ever signed at only 18 years old. She released her now-platinum album, “What’s the 411?” in 1992 and from then on, Blige continued to stun the world with her empowering lyrics, heartfelt storytelling and honesty.

“I don’t believe that we go through things to keep them a secret and then one day die of a heart attack because we have secrets festering inside of us. I think that we go through stuff to speak about it so we can help someone else heal,” Blige said. “That’s the gift God gave me as an artist, to be able to be trans-parent and say: ‘You know what? It happened to me, too.’ I don’t have any of the answers. That’s why I keep having to do so much work.”
Doing the work is something that Blige continues to do despite the incredible hardships she has faced, but this is how she knows that sharing her pain through art is her purpose.
“I went through it myself. It’s a whole other level for me. The higher the lever, the bigger the Devil. The more you try to work on pulling yourself away from the comfort zone, the negative stuff, you get attacked. Especially when you try to do better, you get attacked.”

“I don’t believe that we go through things to keep them a secret and then one day die of a heart attack because we have secrets festering inside of us. I think that we go through stuff to speak about it so we can help someone else heal. That’s the gift God gave me as an artist, to be able to be transparent and say: ‘You know what? It happened to me, too.’ I don’t have any of the answers. That’s why I keep having to do so much work.”

Blige went through a very messy and public divorce from her hus-band of 13 years, Martin “Kendu” Isaacs, who also happened to be her manager. Rumors of infidelity and private, finance information was splashed all over the tabloids. The divorce was finalized in 2018.
“The breaking point was when I kept asking over and over and over again for respect and to be respected. And it just seemed like I was beating a dead horse and it seemed like I was talking to a wall,” Blige expressed. “I just wasn’t getting it back so if I can’t get respect in the relationship, then I have to move on and save myself. That was the point where I was like, ‘I’m done. I just can’t do it any-more.’”
She has also been very open about substance abuse and described her 1994 album, “My Life” as “a dark, sui-cidal testimony.”
“We numb ourselves with drugs and alcohol and people and shopping and s***, to cover up what’s really going on inside,” she said. “You’re taking drugs so you can go out and feel courageous, or go out and feel beautiful or whatever. You’re doing it to cover up something.”
“My Life” went triple platinum and has not only helped people around the world cope with their difficulties, but Blige as well.
“I started listening to my own words, my own lyrics back. I was just crying listening to it like, wow, all those horrible, dark places I was in, going through all the hell that I was going through, these words are helping me to feel better and be okay in life,” Blige said, admitting that she’s been listening to her own music during the COVID-19 lockdown. “I wrote the lyrics to ‘My Life’ when I didn’t even want to live.”
Through self-love and spirituality, Blige has been able to completely turn her life around and keep herself hope-ful even while the world goes through an undeniably bleak year.
“I sit quietly. I’ll turn everything off and I’ll breathe and start thanking God and be grateful for everything. It’s a time when you get to reflect on your character, who you are, what rules you, what you’re grateful for,” Blige said. “I wake up in the morning happy to live my life, even though we’re in quarantine. I’m alive. Even though we’re in the middle of a pandemic, I’m alive. My mother’s alive.”
She’s also not slowing down in terms of taking on projects.
Blige is currently starring in the hit series, “Power Book II: Ghost” on Starz and she recently released her very own wine label, Sun Goddess Wines. Blige also created a production company, Blue Butterfly, for which she’s excited to begin producing content.
“Our goal is to produce content that is for the culture.
For us, by us. Create stories about great people. Heroes, women, that people don’t even know about. How there’s a Brady Bunch or Partridge Family, have something like that for us. Actually G-Unit and Mary J Blige … there’s something really big. I can’t talk about it too much but the team is amazing.”
Blige’s goal now is to continue giving her fans the authentic and groundbreaking art that they’ve come to know her for.
“I get in where I fit in and if I don’t fit in, I don’t want it because it’s a disaster for me. And my fans do know me, they’re going to notice it too. If I go against that gut feeling of, ‘don’t do that’ it’s a disaster. I don’t know how to do anything else but be Mary J. Blige.”