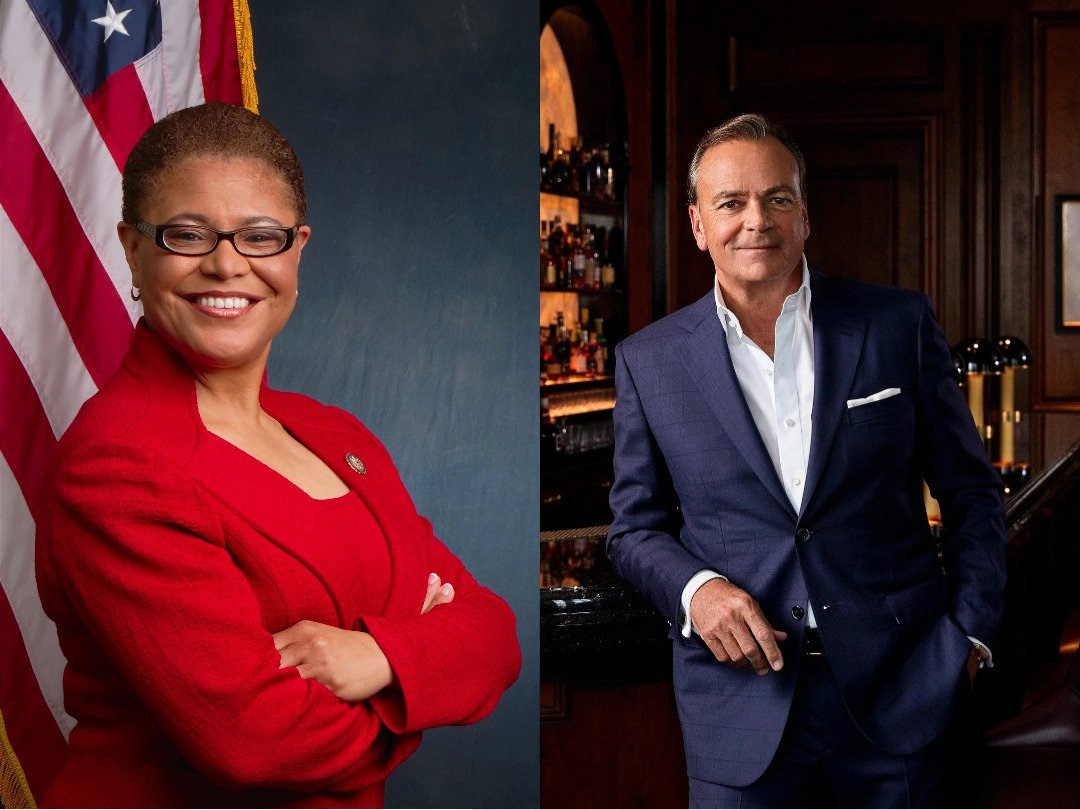 The race for mayor of Los Angeles is getting narrower by the moment. By all accounts, cold cash seems to be the quantifying factor as billionaire Rick Caruso’s rise in the polls proves beyond the shadow of a doubt that the $10 million he’s invested thus far into his mayoral campaign is paying off big.

In the latest poll conducted by the UC Berkeley Institute of Governmental Studies and co-sponsored by the Los Angeles Times, the real estate developer—and owner of The Grove— has a one percentage point lead over Congresswoman Karen Bass, who has up until now held a commanding lead over the field of candidates including L.A. City Councilmembers Kevin de Leon and Joe Buscaino and L.A. City Attorney Mike Feuer.

According to the poll, 24 percent of likely voters supported Caruso and 23 percent supported Bass with thirty-nine percent of voters remaining undecided.

None of the other candidates came close, with the nearest competitor, de Leon, trailing at just 6% and none of the remaining candidates rising above 2%.

Issues and regions seem to have been key determinants. Homelessness was the number one issue cited by voters in the poll. Other key issues included crime and public safety where Caruso dominated, housing affordability which put Bass out on top; and education and schools, where once again Bass excelled. There was a near dead heat on the issue of jobs and the economy.

Bass held the lead on the westside, south L.A. and harbor regions, while Caruso’s strongest support came from the San Fernando Valley.

Bass had been the top fundraiser prior to Caruso’s entry to the race in February. None of the candidates have challenged Caruso in terms of commercial airtime and          more than two months out from the June 7 primary, he’s already invested the amount Mayor Eric Garcetti spent during his entire 2013 campaign.

So far, Bass has let her accomplishments do the talking.  Though, insiders say that we’re likely to hear more from her soon.