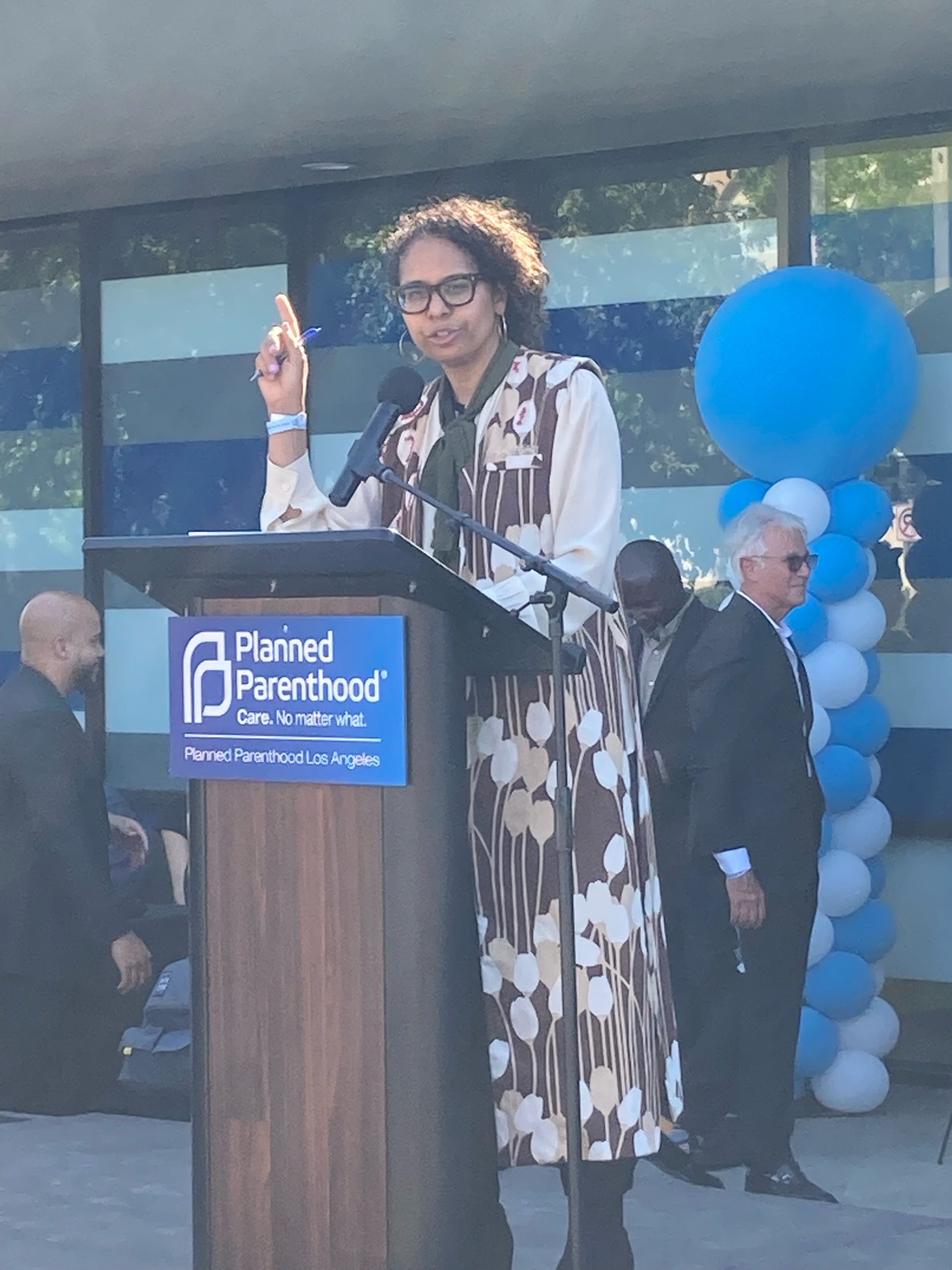 The recently leaked Supreme Court draft decision that could overturn Roe V. Wade and end the constitutional right to seek abortion was foremost on the minds of those attending the recent opening of a Planned Parenthood Community Health Center in Inglewood.

“The fact that we could be approaching a next generation of young women and girls that don’t have that right is beyond my imagination,” said Supervisor Holly Mitchell, who was among the speakers at the grand opening program hosted by State Senator Sydney Kamlager.

“This is on top of centuries of systemic racism and barriers to accessing care,” said McGill. “But with the example and leadership of the Black Health Initiative, we have a model for more agency and access that sets out to reduce inequities and provides the necessary tools and resources for everyone to decide their own future.”

“Planned Parenthood of Los Angeles’ Black Health Initiative offers an affirmative vision for what sexual and reproductive health care should look like”, added McGill, “and that vision is particularly heartening and sorely needed at this moment when we risk losing freedom over our own bodies,” said Alexis McGill Johnson, president & CEO of Planned Parenthood Federation of America (PPFA).

Planned Parenthood is the nation’s leading provider and advocate of high-quality, affordable sexual and reproductive health care for all people, as well as the nation’s largest provider of sex education.

“With the threats to reproductive health care, access to abortion, and Black maternal health care, the direct impact of this initiative on the Black community is key to helping overcome the critical challenges facing Black women today,” noted writer/comedian Natasha Rothwell.

The center, located at the intersection of La Brea and Centinela, has a cultural flair, featuring artwork from local artists.