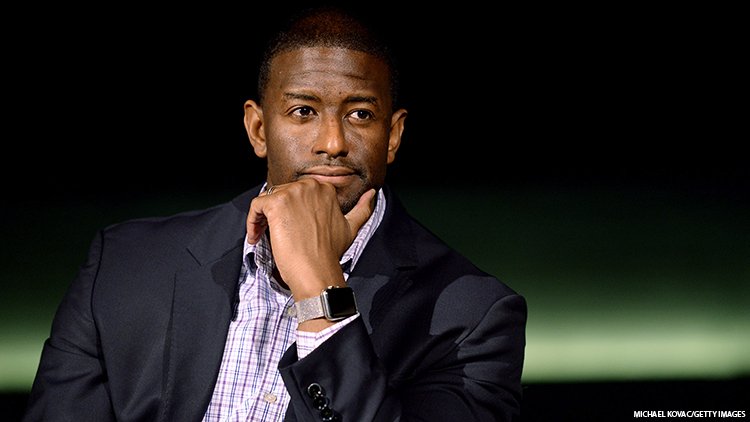 Once a rising star in the Democratic party who lost a high-profile Florida gubernatorial bid to Governor Ron DeSantis by razor-thin margins, Andrew Gillum, 42, now awaits trial for alleged fraud tied to the 2018 campaign.

A 26-page indictment charges Gillum and longtime advisor, Sharon Lettman-Hicks with 19 counts of wire fraud and one count of conspiracy to commit mail fraud. Gillum was additionally charged with one count of lying to the FBI.

The Indictment alleges that between 2016 and 2019, defendants Gillum and Lettman-Hicks conspired to commit wire fraud, by unlawfully soliciting and obtaining funds from various entities and individuals through false and fraudulent promises and representations that the funds would be used for a legitimate purpose. The Indictment further alleges the defendants used third parties to divert a portion of those funds to a company owned by Lettman-Hicks, who then fraudulently provided the funds, disguised as payroll payments, to Gillum for his personal use.

Gillum proclaimed his innocence in a written statement, stating: “I have spent the last 20 years of my life in public service and continue to fight for the people. Every campaign I’ve run has been done with integrity. Make no mistake that this case is not legal, it is political. Throughout my career I have always stood up for the people of Florida and have spoken truth to power. There’s been a target on my back ever since I was the mayor of Tallahassee. They found nothing then, and I have full confidence that my legal team will prove my innocence now.”

On June 22, Gillum entered a Florida courtroom wearing leg shackles and handcuffs with a chain around his waist late to officially enter a not guilty plea.

The indictment was reportedly part of a long-running public corruption investigation dubbed “Operation Capital Currency” that began in 2015. Gillum had initially become a focus in the investigation in 2016 while still serving as Mayor of Tallahassee.

In addition to receiving monies and in-kind donations that were never reported, Gillum and Lettman-Hicks were accused of pocketing more than half of a $250,000 campaign check for their personal use that had been solely intended for the campaign.

The trial has been set for August 16, but that date is expected to be delayed. With each of the counts of  wire fraud and conspiracy to commit wire fraud carrying a maximum 20-year prison sentence, Gillum is facing a good amount of time in prison if convicted.

The indictment is the latest bombshell scandal to involve the former Tallahassee Mayor , who also worked briefly as a CNN correspondent. In March 2020, Miami police were called to a hotel room and found Gillum too intoxicated to answer questions with two other men, one of whom was naked and had overdosed on crystal meth.

A month later the man who had inspired the support of A-list black celebs like Beyonce and former president Barack Obama in his bid to become Florida’s first black governor, would announce that he was leaving politics to enter a rehabilitation facility stating that losing the 2018 election caused him to fall into a depression that led to alcohol abuse.