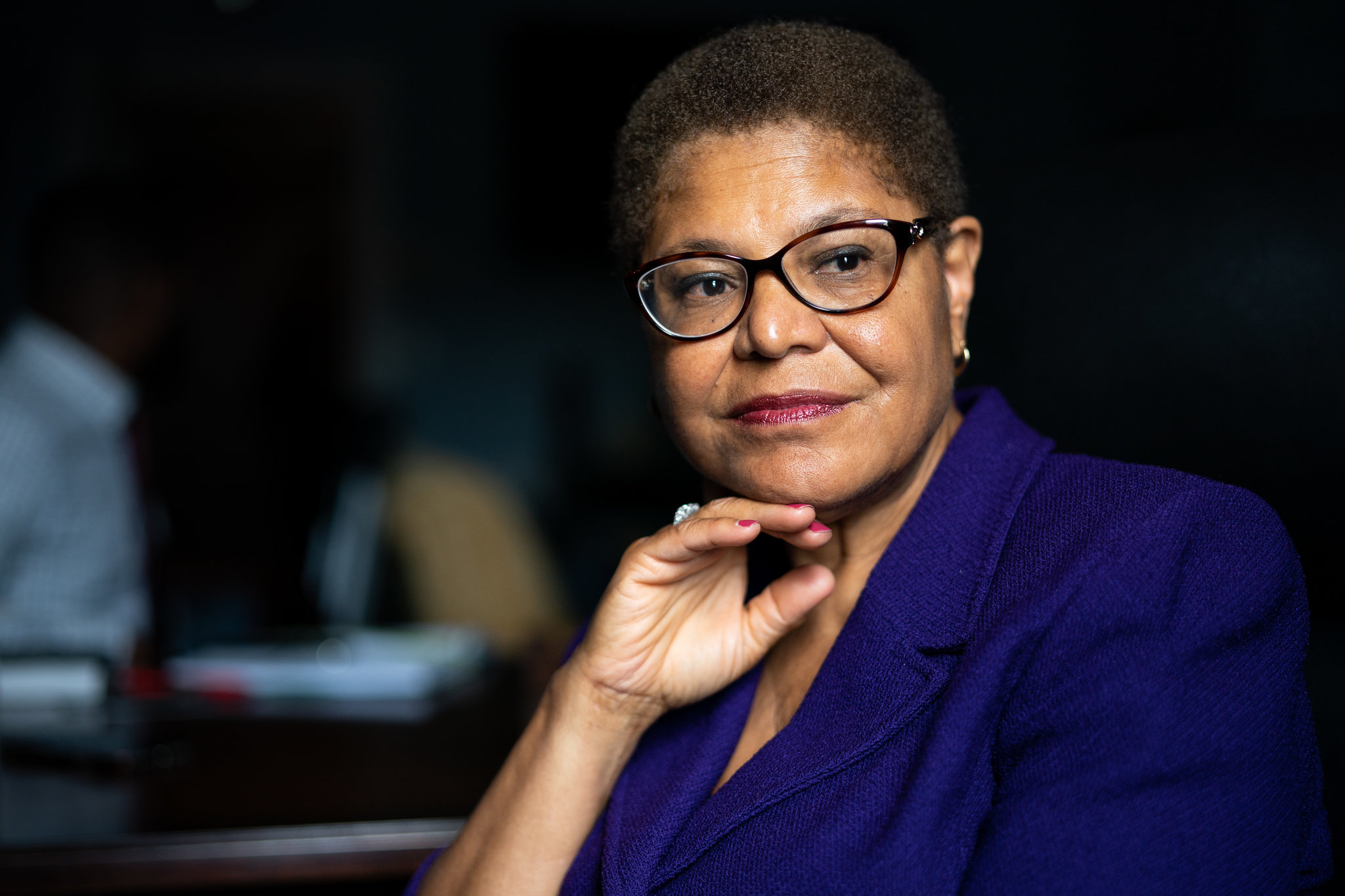 Congresswoman Karen Bass finished first in the L.A. mayoral primary with an impressive seven point lead over billionaire real estate mogul Rick Caruso, who spent a record $40 million to Bass’ $4 million leading up to the June 7 primary. Now, a new poll conducted by the UC Berkeley Institute of Governmental Studies for the L.A. Times has Bass has widened that lead to twelve points among voters in the nation’s second largest city.

The survey of 1,746 registered Los Angeles voters earlier this month found that 43% of voters favored Bass compared to 31% of voters for Caruso, with 24% undecided.

Nearly half of those surveyed had a favorable opinion of Bass, compared to 22% unfavorable, while 29% had no opinion. According to the poll, Bass has even made headway in the San Fernando Valley which has been considered a stronghold for Caruso giving him a 7.5% victory over Bass in the primary. However, the poll shows him leading by just two points.

Bass’ edge over Caruso was tied, in part, to her experience in elected office. Just 21% said experience in public office was not important.

However, 72 percent thought it important that—like Bass—the candidate had a history of defending abortion rights.

Caruso was likely to benefit from respondents desiring a candidate who is tough on crime while 51% thought it was important that the candidate had a business background. And though turnout among Latino voters is lower on average, Caruso led in L.A. precincts with populations that were at least 80% Latino, but tied with Bass overall among Asian and Latino voters.

Additionally, she led Caruso by nearly 2 to 1 among former supporters of Councilmember Kevin de León, who came in third in the primary. Of course, Bass—as expected—has a sizable lead among registered Democrats as well as liberal and Black voters.

Caruso has, by contrast, led with moderates and conservatives.

The poll mirrors the results of a poll of 1,061 registered voters released by Communities United for Karen Bass which reported an 11-point lead in favor of the Congresswoman on issues relative to crime and homelessness, which have been targeted by Caruso.

But there is little doubt among election observers that Caruso will be spending big to see if he can change some minds and increase support among voters by election day on November 8.