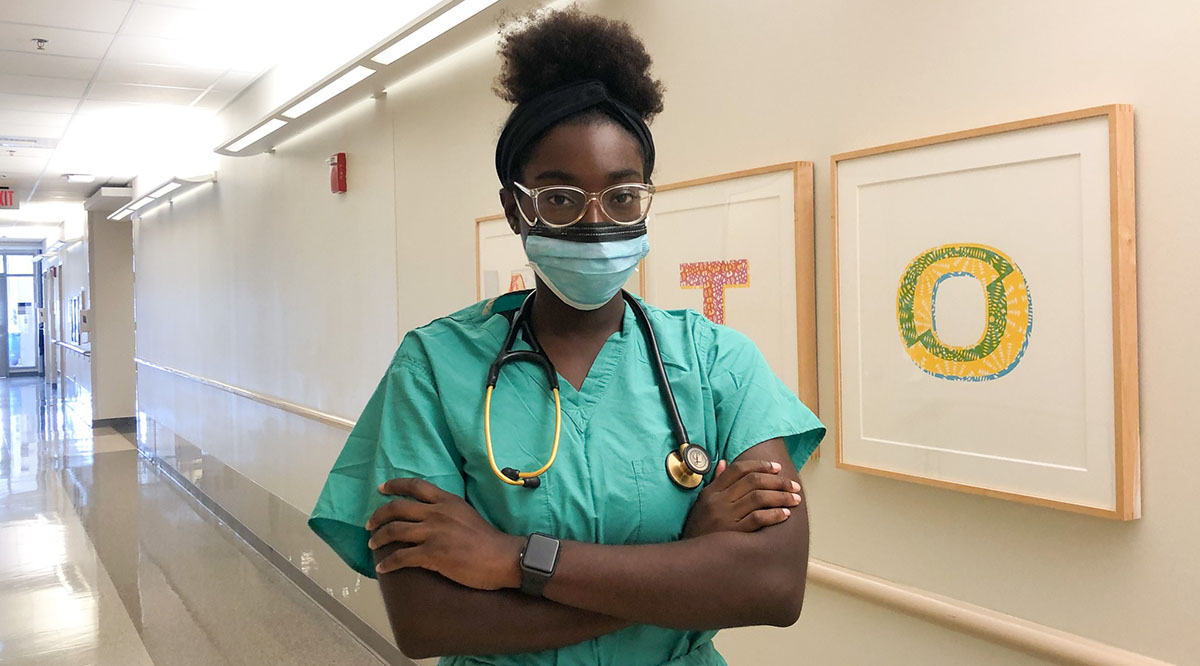 While just 5% of resident physicians in the United States are Black, they make up 20% of dismissals from training programs. The alarming low number of practicing Black physicians and the high rate of dismissals of Blacks from medical training programs is the catalyst behind a new campaign designed to address the high number of Black doctors being unjustly pushed out of medicine with an eye toward improving health outcomes for Black patients.

On Friday, #BlackDocsBelong will join Black doctors, medical students, nurses, and patients to kick off a national campaign to bring attention to the issue with a protest and rally in front of the Kaiser Permanente Medical School in Pasadena.

The protest seeks to address the unjust dismissals of Black doctors in medicine across America and call for an expansion of the Black physician workforce to improve health outcomes in the Black community.

“This is particularly important right now as we are in the middle of battling both the coronavirus and monkeypox,” said Dr. Vanessa Grubbs, a double board-certified internist, and nephrologist.  “The health of Black Americans lags behind that of white Americans in large part because of the underrepresentation of Black physicians in the medical field. Only 5 percent of resident physicians in the US are Black but make up 20% of dismissals from medical training programs. Having Black doctors improves the health outcomes for Black patients.”

As explained by urologist/urogynecologist and pelvic surgeon Dr. Shenelle Wilson in an op-ed on statnews.com, “numerous studies have found that patients of color experience better health care outcomes and higher satisfaction when cared for by racially and ethnically concordant physicians”.

In fact, that many Blacks cannot access Black doctors/healthcare providers is well documented as one of the key factors driving health disparities. Black infant mortality is cut by half when they have Black doctors and The Black-white male gap in cardiovascular mortality drops by 19% when Black men see a Black doctor.

“Despite the existence of pipeline programs designed to increase the number of Black physicians, only 5% of all doctors identify as Black, in stark contrast to the number of Black individuals in America who account for 14% of the population,” Wilson reported. “While there are multiple causes for this discrepancy, one reason is that Black trainees represent 20% of all residents dismissed from their training programs before completion.”

In 2019, Dr. Aysha Khoury was recruited to become founding faculty at Kaiser Permanente Bernard J. Tyson School of Medicine. There she served as a small group facilitator and Equity, Inclusion, and Diversity Champion. On August 28, 2020, within hours of engaging her small group in a critical discussion on bias and racism in medicine, she was targeted, suspended, and ultimately terminated without transparency or due process. She has since filed a lawsuit against Kaiser for race and gender discrimination but has used her experience to call attention to the systemic racism in medicine.

#BlackDocsBelong is guided on the ground by Black Doc Village, a group of Black doctors of medical students who actively support and advocate for Black trainees and physicians facing workplace discrimination while working to expand the Black physician workforce to improve health outcomes in the Black community.