Mattel Marks King Holiday with the Debut of Ida B. Wells Barbie 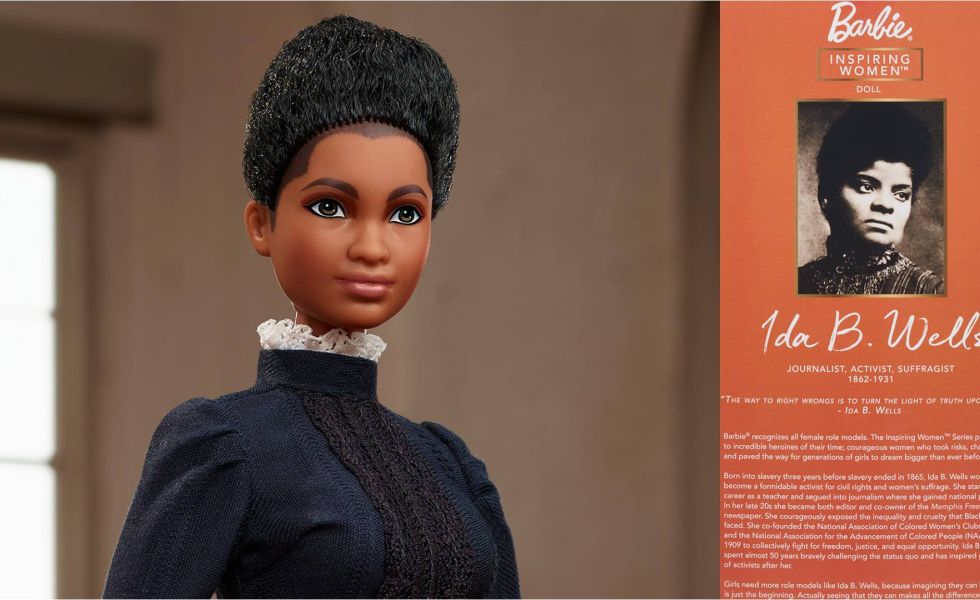 On Monday, which marks the national celebration of the King Holiday, Mattel is set to honor another civil rights icon with the release of a doll immortalizing trailblazing journalist and activist, Ida B. Wells.

Wells is the latest addition to the brand’s Inspiring Women series, dedicated to spotlighting heroes who paved the way for generations of girls to dream big and make a difference.’

Wells, who was born into slavery, would grow to become an educator, journalist and key voice in the fight against lynching in the south as well as a founding member of the NAACP. Wells broke down barriers with her words and activism, suing a train car company in Memphis in 1884 for unfair treatment after she was thrown off a first-class train, despite having a ticket and confronting white women in the suffrage movement for their turning a blind eye to lynching.

In 2020, Wells was honored posthumously with a Pulitzer Prize for her courageous reporting on the brutal violence African Americans suffered during the era of lynching.

The doll, set to debut at major retailers beginning January 17. Others honored with dolls as part of the series include Rosa Parks, Ella Fitzgerald and Maya Angelou.

In a statement making the announcement on social media, Mattel wrote, “When kids learn about heroes like Ida B. Wells, they don’t just imagine a better future, they know they have the power to make it come true.”