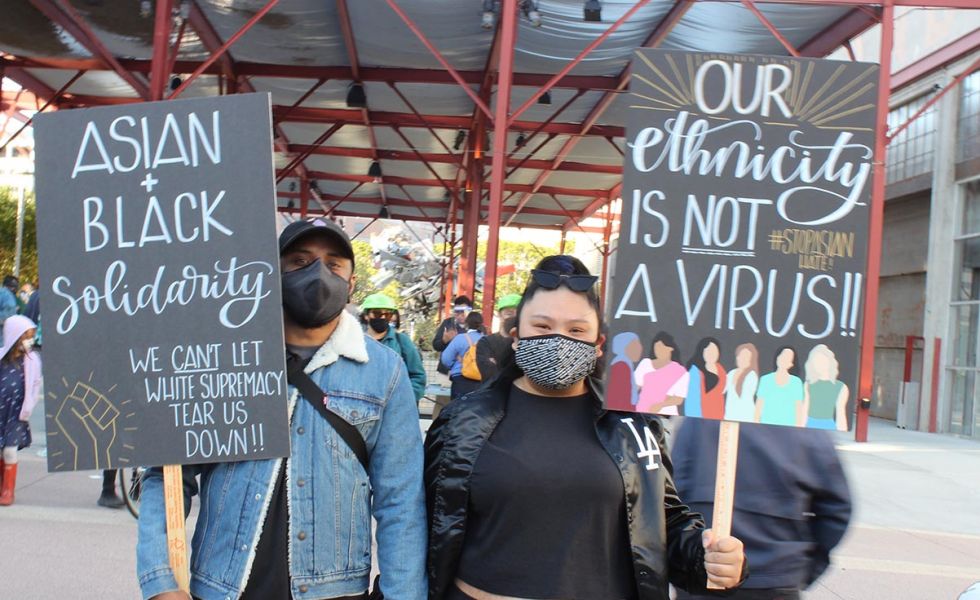 “Every disease comes from China because they’re [expletive] disgusting,” the Asian-American woman said.

“A man entered the subway, and he gestured his body in my direction and started using derogatory language about Chinese people. I felt alone and looked around the train for an ally, but everybody averted my eyes. I wondered if everyone believed I was deserving of the [verbal] assault… If they also thought I was dirty and brought the coronavirus.”

Jiraprapasuke, an Angelino, described what began as an “ordinary evening that turned into a nightmare” to a crowd of protesters who attended the “Love Our Communities: Stop Asian Hate” rally outside the Japanese American National Museum in Little Tokyo (JANM)on Saturday.

“Today, we stand in solidarity with the members of Pacific Islander community to speak out against the rise and tide of hatred and violence,” JANM’s Board of Trustee William Fujioka told the crowd. “But sadly, these incidents of racial hatred are not new to the members of our Asian-American and Pacific Islanders community. For every Asian immigrant, racism has been constant since we came to America.”

TiDo, who goes by a single name, encouraged individuals at the rally to think broadly about how the system too often devalues people’s lives in the marginalized community and why it is critical they use this moment to navigate away from the hopelessness of grief to power.

“We are here as a community for the sole purpose to build. We are building on the long tradition of the Asian-American revolutionary movement,” said TiDo, an organizer with Chinatown Community for Equitable Development, talking on a microphone to the applause of the crowd. “Hate is nothing new because hate is just White supremacy, and White supremacy has been around ever since White people stole indigenous lands, forcibly enslaved Black folks, the Chinese Exclusion Act, Japanese incarceration, and the legalized Islamophobia after 9-11.”

David Morikawa, a Los Angeles resident, attended the rally but didn’t speak to the crowd. He told L.A. Focus Saturday’s rally sends a strong message that they will not tolerate the hate-fueled attacks on Asian-Americans.

“If it takes us 50 years, we’ll come after the perpetrators. We [Asian-Americans] are kind of like the worst people to be talking about ‘forgive and forget’ because we don’t do that… we’re not too good at that,” Morikawa said.

“We have to change the system to get rid of racism,” he added. “We have to change capitalism because every time the cops evict people for failure to pay their rent, or every time employers lay off workers and go out and strike and get arrested for it or the tension between people of color and the cops. That’s going to keep on happening unless we do something about the air pollution from burning fossil fuels, job losses, and evictions; we’ll never be able to stop racism.”

The rise in hate crimes and discrimination against Asian-Americans and Pacific Islanders since the start of the COVID-19 pandemic prompted the Los Angeles County Board of Supervisors last week to approve allocating more money to fight the problem.

“Despite our efforts to combat hate, the situation has gotten worse,” Solis said. “We must expand the county’s only anti-hate program to show that L.A. County stands with our marginalized communities when they are under attack.”

According to a Los Angeles Police Department report, Solis said anti-Asian crimes in the city jumped 114% in 2020.

“Amongst other things, let’s lay the blame where it belongs. This deteriorating situation is partly due to the fact that the person with the loudest bullhorn in the country mocked and denigrated our API communities for the better part of a year,” she said.

Several speakers at the rally said they didn’t want to combat hate with hate, and Nara Kim, a Koreatown activist for Black Lives and planning committee organizer for Saturday’s event, said “refusing to sit in despair” helps to counter xenophobia related intolerance.

She added that “especially in a city as diverse as L.A., we should remain committed to understanding and getting to know each other because it’s that kind of weariness and lack of relation-building that makes people more unsafe.” 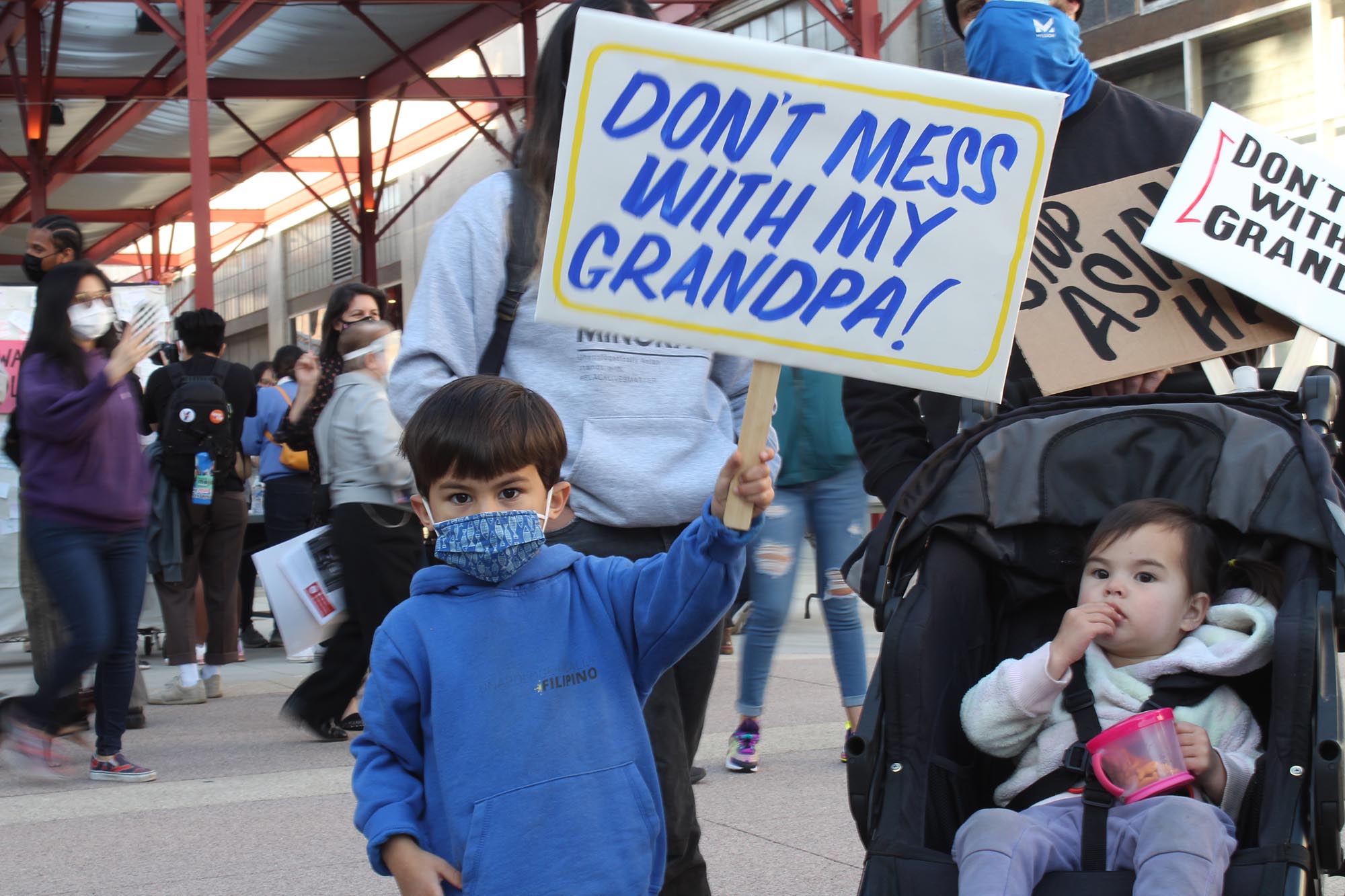