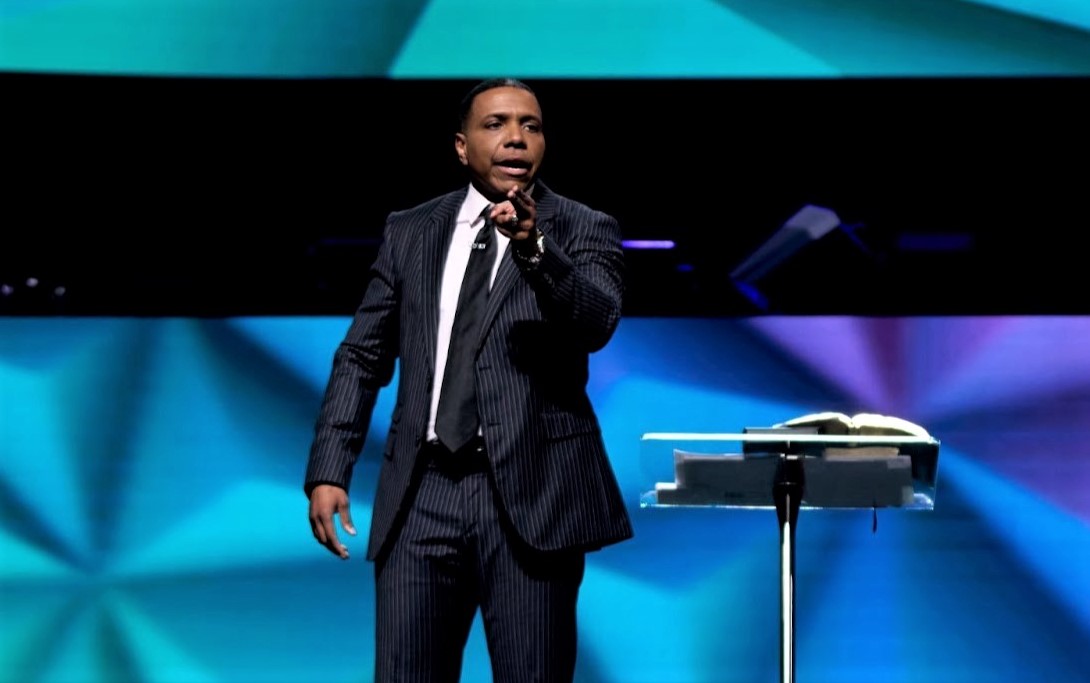 He started the sermon—dubbed “The Great Misunderstanding”—with the words, “I want to say to you that I’m still growing and that the teachings that I’ve shared in times past on the subject of tithing were not correct and today I stand in humility to correct some things that I’ve taught for years and believed for years.”

Famed televangelist and megachurch pastor Creflo Dollar went on to say that “Tithing isn’t required or even encouraged for believers in Jesus Christ.”

The ___-year old senior pastor of the 30,000-member strong World Changers International Church in Atlanta characterized tithing as the one subject that the “church has used for a long time to keep people in fear and guilt”.

“It has to be corrected and it’s got to be corrected now,” Dollar continued. “I may lose some friends. Preachers may not ever invite me no more but I think I’ve already been through that so it doesn’t matter.”

What Dollar didn’t say was he was sorry for the years he may misled his followers given his current view of the topic.

Said Dollar, “I won’t apologize because if it wasn’t for me going down that route, I wouldn’t have ended up where I am now” but I will say that I have no shame at all in saying to you throw away every book, every tape and every video I ever did on the subject of tithing.”

Dollar’s sermon—the first in a series—have sparked a firestorm of controversy throughout the faith community —black churches in particular—over the age-old practice of tithing or giving one tenth of annual produce or earnings for the support of the church and clergy.

“What if (Dollar) had said, ‘Get those books and tapes back to us, and we will refund you the money?’ Maybe that would have been financially devastating, but it would have been so impressive if he could have done something like that,” noted Columbia Biblical Seminary Dean David Croteau, who has studied extensively on tithing.

Here’s what some L.A. area pastors had to say:

Pastor Ron Hill, Love & Unity Christian Fellowship: “When someone says that they’ve been led by the Holy Spirit for 20-30 years, how do we know you’re being led by the Holy Spirit now. Some things are unnecessarily divisive and are not going to move the needle one way or another and it has nothing to do with salvation. Those who believe in tithing will not cease and those who do not believe in paying tithes are rejoicing.”

Apostle Beverly “Bam” Crawford, Bible Enrichment Fellowship: “The real issue is not tithing, it is about giving. It is about the nature of God, the will of God and the heart of God. Grace does not condemn, attack, manipulate, harm or hurt the sheep. Jesus says that people err because they don’t know the scriptures or the power of God.

Pastor Joseph Carlos Robinson—Resurrection Church LA: “In fairness to him, I haven’t listened to his message in entirety, but I don’t know how he arrived at the conclusion that he’s being accused of having arrived at. But if he thinks that tithing is no longer necessary…since he was such a fierce advocate of the practice—and one of the poster children for the prosperity gospel— then in addition to repenting for teaching “false doctrines”, he should issue refunds immediately.

Michael Fisher, Greater Zion Church Family: First of all, I do not agree with him, but I do believe that this is just evidence that we don’t all know everything. We’re always growing, and I think this is evidence that the older you get and the longer you’ve been on this journey, there’s room for you to grow in your study and in your understanding of the vastness of God’s word. I also believe this is a test for the body of Christ as a whole to reveal the hearts of preachers and parishioners who have been eagerly awaiting a moment to point a finger at Creflo Dollar. I finally believe that this is an opportunity for the church to show him some grace and to reveal to the world that no one has all knowledge on the word of God.

Pastor Welton Pleasant, Christ Second Baptist Church: Tithing was not condemned in the New Testament. It was actually endorsed by Jesus in Matthew 23:23 and as Christians, if you want to practice New testament giving which is essentially grace giving, you cannot give less than 10% under grace because if the law says 10%, grace requires that we do more than what the law says.

Pastor Geremy Dixon, Center of Hope: I think it’s incumbent upon me as a local pastor to teach on matters such as these so that my congregation isn’t reliant on national voices for their theology.

Pastor Chuck Singleton, Loveland Church: “He has been evolving in his theology. His great emphasis now is grace. Thankfully so because he’d been so strong on what I would term a kind of judgmental gospel through the years and God is a God of grace. When it comes to theology his evolution is making a number of discoveries. However, I think it’s an unnecessary confession. It is not a lie to say that one should tithe. Why would God have placed it in the Old Testament unless it were a guide for the New Testament as all things in the Old Testament are guides for New Testament living. Anything we do in the New Testament, we do freely, not by constraint, so making an issue out of tithing which we ought to do according to Jesus in Matthew 23:23, but we don’t do it according to the law. We do it as an act of love.