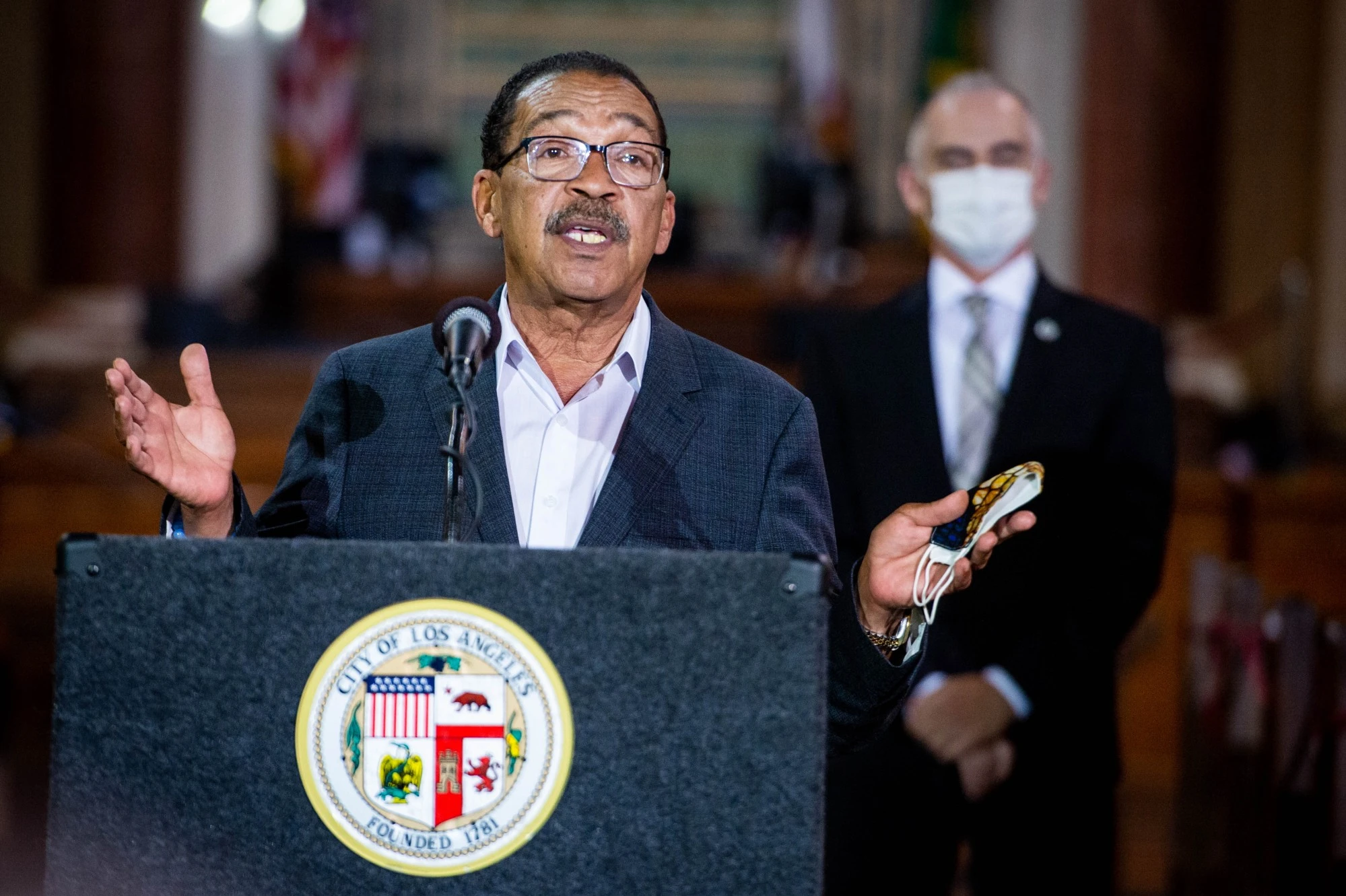 Los Angeles Superior Court Judge Mary H. Strobel issued a temporary restraining order earlier today that will bar Herb Wesson from taking part in city council business until March 17, when a court will rule on a lawsuit that has challenged his eligibility to serve in the seat held by suspended City Councilmember Mark Ridley-Thomas.

On Tuesday, Wesson was voted in as a temporary replacement for the Tenth District through December 31 or until the councilman is cleared of corruption charges stemming from his October 2021 indictment. But a lawsuit brought by the Southern Christian Leadership Conference of Southern California and Council District 10 plaintiffs argued that due to term limits, Wesson—who represented the 10th District from 2005 -2020— was ineligible for the seat given that he has already served three terms.

The L.A. City Charter provides that three terms is the maximum council members can serve and the judge—in issuing the restraining order— indicated that the plaintiffs could well prevail in making their case. She also questioned the council’s process in making the temporary appointment.

Speaking outside the Court House, Attorney John Sweeney dubbed the decision as marking a great day for justice and the people of the 10th District.

“Today’s action by Judge Strobel highlights that Tuesday’s action by the Los Angeles City Council put the cart before the horse,”  It will be interesting to see if the City Council simply ‘receives and files’ or ‘receives, discusses and acts’ on the findings from reports being prepared by the City Attorney, City Clerk and Chief Legislative Analyst on the City Council’s authority and ability to name such a replacement and whether a term limited councilmember is legally allowed to occupy that seat.”

Speaking for Ridley-Thomas, Attorney Michael Proctor observed that someone was finally hearing their concerns.

“The lesson to District 10 voters?” said Proctor. “If you want to be counted, you need to fight for it.”

That is exactly what SCLC president William D. Smart has said his organization will do, while encouraging other District 10 resident to do the same.

“We will not stand by idly while they disenfranchise us, deprive our duly elected Councilmember of his rights so that they can give our seat to their unelected appointee,” Smart said. “We cannot permit the City Council to disrespect us with an appointment process that lacks transparency without challenging the legality of their actions. We are following a long and storied tradition of taking those who abuse their positions of power to court to seek redress of our grievances.

“Our day in court has arrived and with it another opportunity to defend voting rights and representation that is accountable to voters and equal protection and the presumption of innocence. These are the fundamental rights to which we, as Americans, are entitled and deserve. These are the reasons 10th Council District voters went to court against Councilmember Nury Martinez and the Los Angeles City Council.”

The victory, however, was tempered with a separate ruling that denied a motion to strike down the city council’s suspension of Ridley-Thomas, stating that the action complied with the provisions of the City Charter.