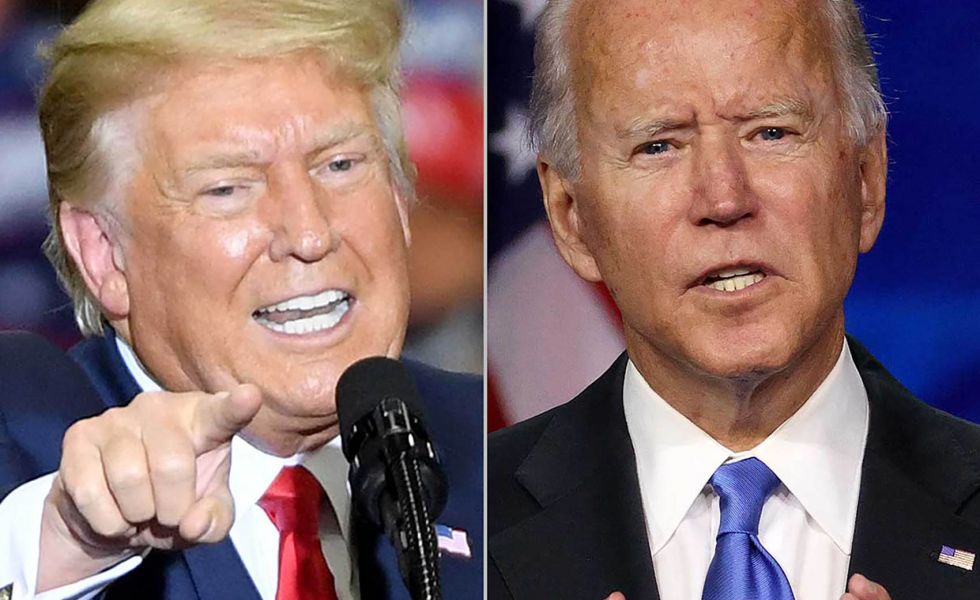 Following his COVID-19 diagnosis and role in what some are calling the worst presidential debate of all time, President Donald Trump is now trailing Democratic presidential nominee Joe Biden in several key polls.

According to a new CNBC/Change Research poll, Biden garners 50 percent of support compared to Trump?s 45 percent in crucial states like Arizona, Florida, Michigan, North Carolina, Pennsylvania and Wisconsin. The poll surveyed 2,688 likely voters in the six states over the weekend as news rolled in about the president?s condition.

In a recent nationwide CNN poll, it was concluded that Biden now holds the largest lead of the cycle. Among likely voters, 57 percent said they support Biden while 41 percent backed Trump. The poll also revealed that voters prefer Biden when it comes to a number of issues including the coronavirus outbreak (59 percent prefer Biden, 38 percent Trump), health care (59 percent to 39 percent), racial injustice in America (62 percent to 36 percent), nominations to the Supreme Court (57 percent to 41 percent) and crime and safety (55 percent to 43 percent).

Biden also has a 14-point lead over Trump in a new NBC News/Wall Street Journal poll. The Democratic nominee leads Trump 53 percent to 39 percent among registered voters. This survey was taken after the first presidential debate between the two, but before news of Trump?s positive COVID-19 results – proving that the chaotic debate had a direct impact on Trump?s standing with the American people.

The polls also reflect public opinion on Trump?s handling of his own diagnosis and overall attitude toward the severity of the coronavirus. Trump was released from Walter Reed Medical Center on Monday after contracting COVID-19. His doctor, Navy Cdr. Sean Conley, said that Trump isn?t completely ?out of the woods? for another week but that ?he?s back.? The president tweeted about his release, saying that citizens shouldn?t fear the coronavirus.

?I will be leaving the great Walter Reed Medical Center today at 6:30 P.M. Feeling really good! Don?t be afraid of Covid. Don?t let it dominate your life. … I feel better than I did 20 years ago!? Trump tweeted.

Doctors and epidemiologists expressed the danger of Trump making statements that could lead to people not taking the virus seriously and downplaying its effects.

?It?s an unconscionable message,? said Dr. Sadiya Khan of Northwestern University Feinberg School of Medicine. ?I would go so far as to say that it may precipitate or worsen spread.?

A majority of the public also appear to be dissatisfied with the president?s actions. The CNBC poll revealed that 39 percent of those surveyed think Trump took the appropriate precautions to prevent himself from getting exposed to the virus, while 55 percent said he failed to do so. In contrast, 75 percent said they believe Biden has taken the right steps to avoid exposure.

Since the news broke on Oct. 1 that Trump and his wife Melania Trump tested positive for the virus, several family members and government officials who’ve been in close proximity to him have been tested. Mike Pence and Joe Biden have both tested negative.

Trump appears to be adamant about continuing his campaign as planned but many are questioning how the recent uptick in government cases will impact the election and debates. A source within the Biden campaign confirmed that the Commission on Presidential Debates approved plexiglass barriers at the vice-presidential debate between Pence and Kamala Harris on Wednesday.

The Trump campaign said that the president plans to still participate in the next presidential debate scheduled for Oct. 15.