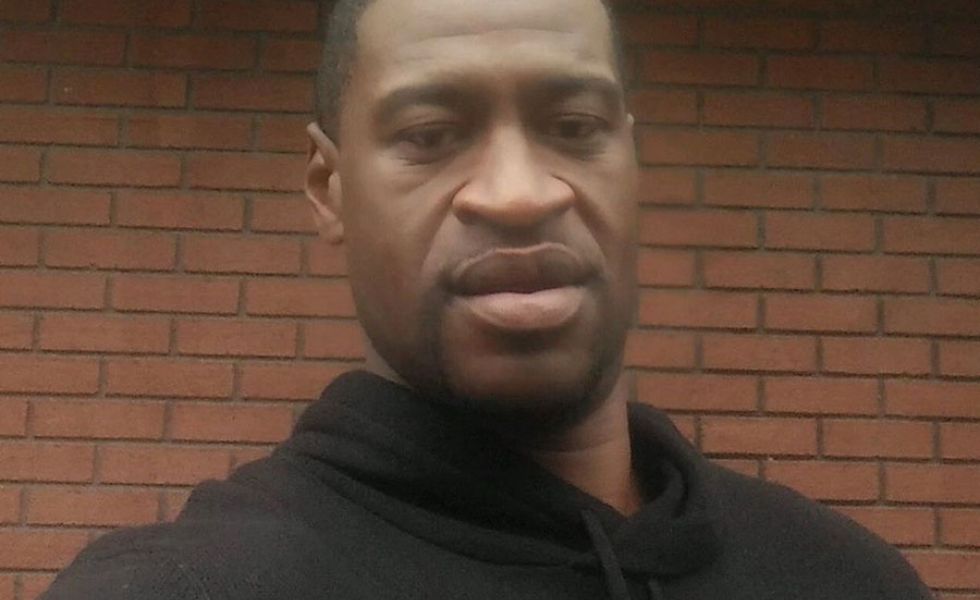 An internal investigation has been launched after one officer reported that other Los Angeles police officers had circulated a photo of George Floyd captioned with “you take my breath away” on Valentine’s Day.

According to the Los Angeles Times, Chief Michel Moore confirmed other officers had passed the photo around. He also said the officer who’d filed the complaint had been interviewed on Monday to determine who had been involved.

“Our investigation is to determine the accuracy of the allegations while also reinforcing our zero-tolerance for anything with racist views,” Moore said.

At the Los Angeles County District Attorney’s Office, George Gascon announced his office would review the incident to determine if any cases may have been “compromised by biased police work.”

“Celebrating the murder of a Black man at the hands of police demonstrates a profound absence of humanity. The mock valentine underscores the highly problematic, and frankly, racist perceptions that pervade the law enforcement culture regarding the communities we are sworn to protect and serve,” Gascón said in a statement.

The attorney for George Floyd’s family, Ben Crump, said the family was aware of the image mocking Floyd’s death last May that the LAPD seems to have circulated.

“The Floyd family is understandably outraged. This is beyond insult on top of injury — it’s injury on top of death. The type of callousness and cruelty within a person’s soul needed to do something like this evades comprehension — and is indicative of a much larger problem within the culture of the LAPD. We demand that everyone who was involved is held accountable for their revolting behavior and that an apology be issued to the family immediately,” Crump said in a statement.

“The Los Angeles Police Protective League repudiates this abhorrent image and anyone associated with its creation, dissemination, or passive observation of it,” the union said in a statement. “If that image was created, “liked,” or shared by a member of the LAPD, the Chief of Police must act swiftly to hold those individuals accountable. There must be zero tolerance for this behavior in our profession, and any police officer who feels the need to be part of any online group that engages in, promotes, and/or celebrates this type of activity should quickly rethink their career choice because they clearly don’t have the judgment, nor temperament, to be a member of law enforcement.”