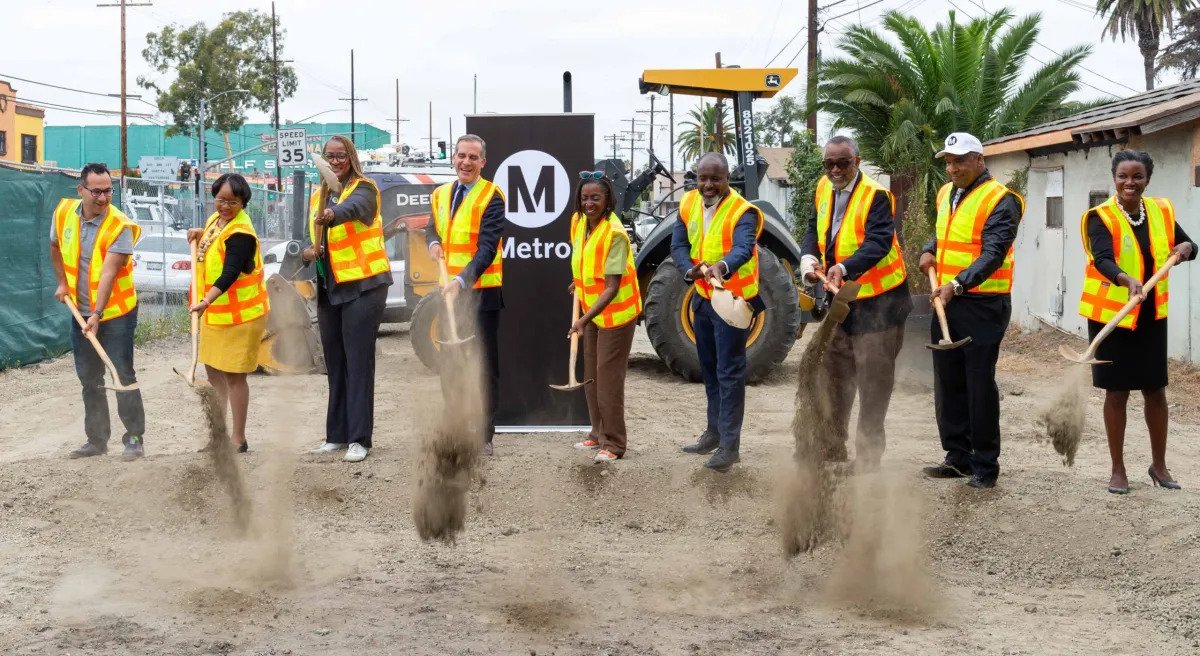 Brandon Collins
South L.A.’s landscape is rapidly changing and new housing coupled with projects like Destination Crenshaw, the Metro Rail Line and South Los Angeles Rising—which received a $5 million grant last month to reduce litter and beautify neighborhood in South Los Angeles—are just part of the reason why.
This week, Los Angeles city and county officials broke ground on the another such transformation effort—The Rail to Rail Active Transportation Project, a 5.5 mile bike and pedestrian path that will stretch from the Metro A (Blue) Line station at Slauson Avenue to the Fairview Heights station located near the intersection of Florence Ave and West Boulevard.
“Today, decades of work are made real as we invest and transform these old rail tracks into a corridor that the Slauson community can be proud of,” said L.A. County Board of Supervisors Chair Holly Mitchell of the $140 million dollar project. “And to all of our neighbors, our work won’t stop here. We are focused on strategies to preserve the fabric of communities who live here today.”
“The Rail to Rail project will improve on a well-worn path thousands of people in the community used every day, improving access to transit and adding beautiful amenities to the community in the process”, Metro CEO Stephanie Wiggins stated.
Officials on hand for the groundbreaking included L.A. City Councilmen Curren Price and Marqueece Harris-Dawson, Inglewood Mayor James Butts, and L.A. Mayor Eric Garcetti who described the planned bike and pedestrian path as “world class”.
Officials hope that the project will attract new business investments into the area.
“This is where the train ran, and when the train didn’t run anymore, it was just ignored,” Butts said. “When this active transportation project is completed, people will be able to use the path to access jobs, businesses, sports and entertainment.”
Adorned with trees, shrubs, lights, security cameras and bench seating, the project is expected to be completed in 2024 and is the initial phase of what will be a longer Rail-to-River bike route that will connect South LA to the LA River.