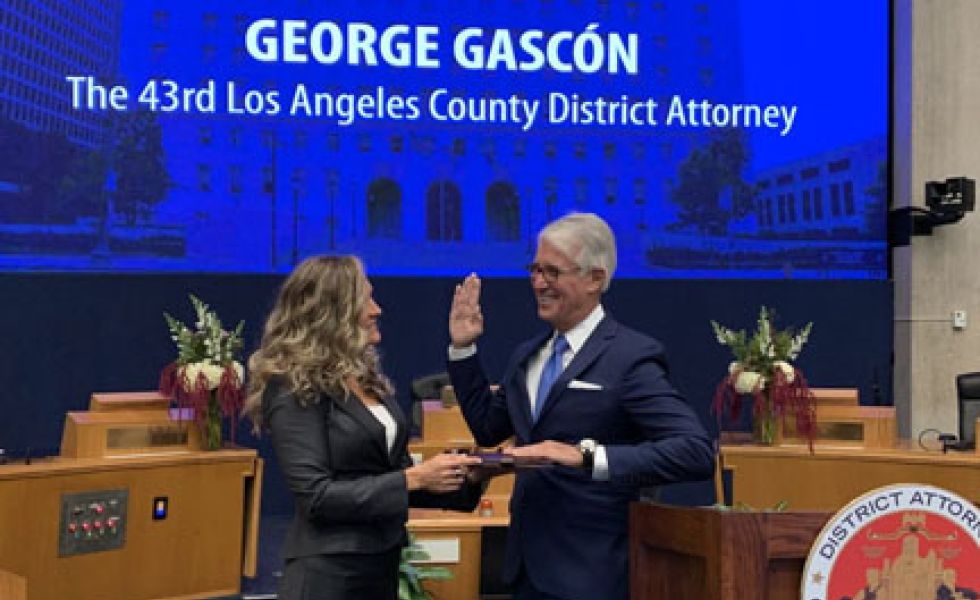 George Gascon was sworn in as Los Angeles new District Attorney on Monday and announced sweeping new changes that point to an era of criminal justice reform in the nations largest local prosecutors office.

Gascon was elected after defeating incumbent District Attorney Jackie Lacey in Nov. 3s election. In his first day in office he has announced the end of cash bail in the U.S largest court system, the end of the death penalty, the end of adult trials for juveniles and a ban on sentencing enhancements in nearly all cases, for example attempting to use gang affiliations to win longer sentencing.

“It is time to change course and implement a system of justice that will enhance our safety and humanity,” said Gascn in the press release announcing the changes. “Today we are confronting the lie that stripping entire communities of their liberties somehow made us saferand we’re doing it with science, research, and data. For decades those who profit off incarceration have used their enormous political influencecloaked in the false veil of safetyto scare the public and our elected officials into backing racist policies that created more victims, destroyed budgets, and shattered our moral compass. That lie and the harm it caused ends now.”

“As homicides, shooting victims, and shots fired into occupied homes soar in Los Angeles, it’s disturbing that Gascn’s first act in office is to explore every avenue possible to release from jail those responsible for this bloodshed,” the Los Angeles Police Protective League said in a statement. “Victims and law-abiding residents lost a voice today while criminals and gang members gained an ally in the prosecutor’s office.”

The 43rd District Attorney also promised to re-open four police shooting cases that Lacey herself declined to prosecute back in September.

Long before I entered this race significant concerns were raised by law enforcement officials, civil rights attorneys, activists, and others regarding District Attorney Jackie Laceys handling of police use of force cases, said Gascn.

Public trust in her decision-making process has been shattered by the enormous sums of financial support the District Attorney has received from the law enforcement unions representing the many officers she has failed to hold accountable.

Gascon will be following up on this promise, reopening dozens of officer-involved shootings investigations dating as far back as 2012.

To help, Gascon has formed a Use of Force Review Board composed of policing experts, civil attorneys and local community members. Cases include the fatal shooting of Brendon Glenn in 2015, the 2013 death of Ricardo Diaz Zeferino and the shooting of Christopher Deandre Mitchell.

The announcement of Gascons drastic reforms on his first day as District Attorney are not surprising when looking back at his campaign. It is clear Gascon will not be making the changes he promised gradually.