Fundraiser tops $300K for Teen Sentenced for Killing her Rapist 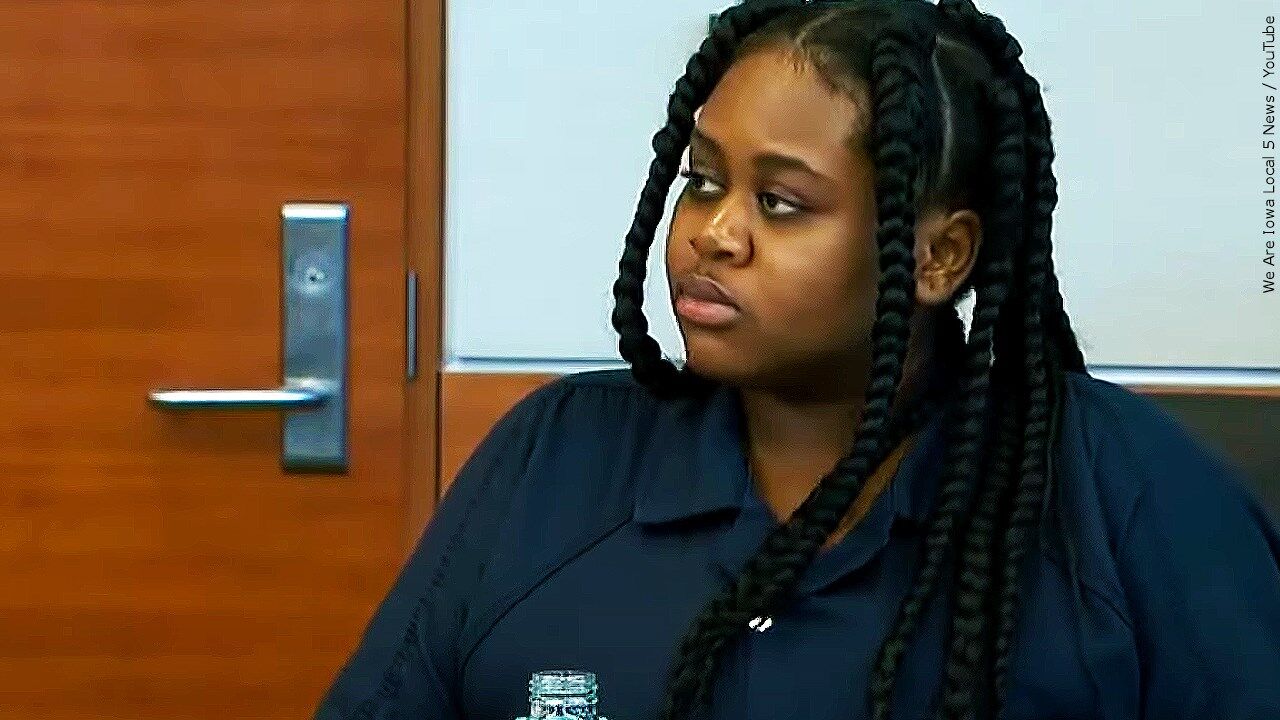 Pieper Lewis had never known freedom and had never enjoyed the support and guidance necessary for children to succeed.

The 17-year-old child trafficking victim who murdered her rapist and tormentor pleaded guilty to voluntary manslaughter and willful injury for stabbing to death Zachary Brooks, 37, who authorities admitted raped her multiple times in 2020 when she was 15.

“The court is cognizant that you and your supporters will be frustrated with the imposition of the $150,000 in restitution to Mr. Brooks’ estate,” Porter, a Black man, told Pieper. “This court is presented with no other option, other than which is dictated by the law of this state.”

He also told Pieper that she’s to refrain from getting into any trouble. Otherwise, he’d impose a 20-year prison sentence.

However, if she meets the conditions of her sentence, the court could expunge Pieper’s record.
In court, Pieper spoke about overcoming her challenging situation.

“My spirit has been burned but still glows through the flames,” she read from a prepared statement. “Hear me roar, see me glow, and watch me grow. I am a survivor.”

While support for Pieper had been elusive – she was raised in foster care and shipped from home to home – her high school math teacher has stepped in to offer what no one had ever done.
Leland Schipper started a Go Fund Me for Pieper to help offset the cost of the $150,000 judgment and to help her restart her life.

“Today, my former student, Pieper Lewis, bravely took the microphone during her sentencing hearing and told the courtroom that her voice mattered,” Schipper wrote on the fundraising site. “I was incredibly proud of her. She was powerful, and she brought me to tears.”

Schipper said Pieper, who had already spent nearly three years in juvenile detention awaiting trial, did not deserve to spend time in an adult prison.

“Instead, the judge gave her five years of probation. He decided that 834 days she spent in juvenile detention awaiting her sentencing was enough ‘punishment’ for a then fifteen-year-old girl who had been kicked out of her home and found herself sleeping in the stairwell of one of the most dangerous apartment complexes in Des Moines,” the math teacher asserted.

“As a girl that was ultimately preyed upon by men twice her age who traded her body for drugs. These men physically assaulted, raped, and sex trafficked Pieper on multiple occasions. Finally, on June 1st, 2020, Pieper snapped and killed one of the men who exploited and raped her, stabbing him to death.”

The fundraiser has netted more than $325,000 to date, and Schipper called her sentence a “compassionate outcome.”

“Pieper only found herself in this situation because she was initially charged as an adult with 1st-degree murder. However, DMPD and the Polk County prosecutor’s office saw Pieper immediately as a grown, violent, adult, murderer, and they charged her as such,” Schipper stated.

“Only because a team of amazing people came to Pieper’s side was her story truly heard and understood. However, with the risk of life in prison looming, Pieper pled guilty to charges of manslaughter and willful injury.

“This was to avoid a risky trial where her team feared an Iowa jury may implicitly struggle to see a young black girl as the victim of sex trafficking that she was.”

Like many who’ve reacted to the restitution part of her sentence, Schipper asserted that Pieper “does not owe that man’s family justice.”

“Pieper does not deserve to be finically burdened for the rest of her life because the state of Iowa wrote a law that fails to give judges any discretion as to how it is applied,” he said.
“This law doesn’t make sense in many cases, but in this case, it’s morally unjustifiable. A child who was raped, under no circumstances, should owe the rapist’s family money.”

“Pieper’s path to true freedom will not be easy, and she is still a teenager that has experienced a lot of trauma,” Schipper stated.

He noted that she desires to attend college, create art, and advocate for other sex trafficking victims.

“Our system is broken. It will take decades of advocacy and electing people committed to rethinking and reimagining our criminal justice system, especially our juvenile one, to fix the system,” Schipper said.