For Mark Ridley-Thomas, Success Is Not A Whole Lot of Magic, Just Hard Work 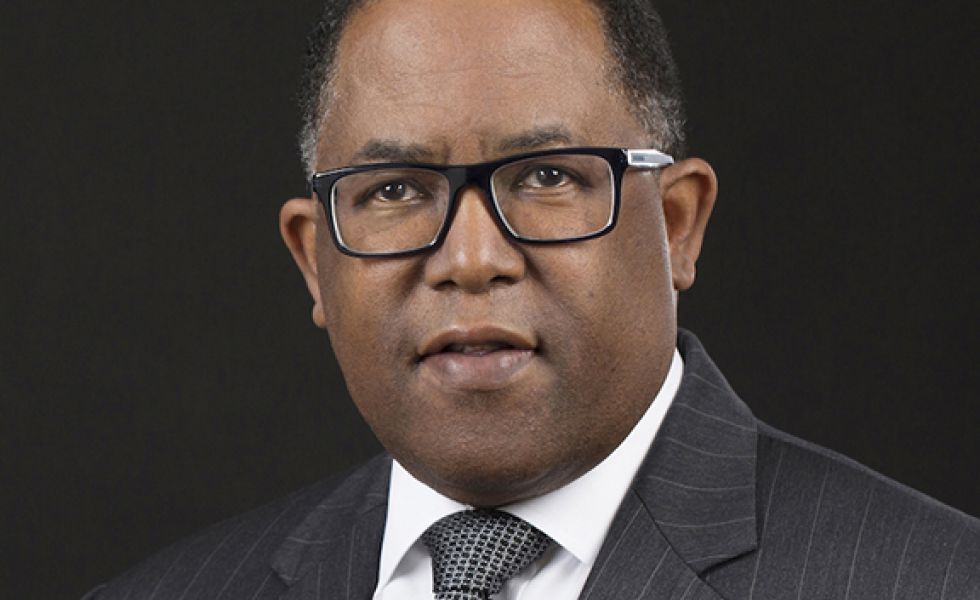 Staff No matter how demanding the job, former Supervisor and now recently elected Tenth District Councilman Mark Ridley-Thomas has but one working philosophy: “when you show up, you do have to have the capacity to show out.” And when you look at his accomplishments over the past 12 years as Supervisor of the second district, from the MLK Hospital and the Crenshaw to LAX rail line to Measure H and homelessness—he certainly has proven his ability not just to show up but to show out. That, he says, has pretty much been the arc of his three decades of public service. “It’s been quite an honor to use my abilities, my sensibilities to represent our communities. I transitioned from the board of supervisors on a very high note with a body of work that I’m very proud of,” says Ridley-Thomas of his tenure as supervisor in the second district, home to the largest population of African-Americans in L.A. County. The most obvious of which is the Martin Luther King medical campus. Once dubbed “killer King” the hospital was closed in 2007, but what has transformed in its place is a state-of-the-art facility, with the first of its kind behavioral health center, a recuperative care center, psychiatric urgent care center, a family wellness center, 70 sub-specialties and a model of healthcare delivery that he says he’s told is “second only in terms of emergency room admissions to Cedars-Sinai.” Of course, he doesn’t mention MLK Hospital without including the Charles R Drew University of medicine and science. “It is in my view, the most endowed campus providing safety net services in the entirety of the County of Los Angeles,” Ridley-Thomas says of the campus that has added more residency programs in the areas of psychiatry, family medicine and obstetrics. “And when we talk about the transformation of the campus, we’re also talking about jobs, good jobs. We are in excess of a billion dollars of investment in the MLK medical campus and the adjacent affordable housing projects, a new library and the Rosa Parks transit center. A community that has been deserving and now is getting things delivered.” For Ridley-Thomas, it is a testament to what can be done if one is willing to work. “Not a whole lot of magic involved. This is about being focused on delivering services,” Ridley-Thomas said. “It is about determination. It’s about equity. I’ve learned all those things and new in this past 12 years and it has equipped me to be a better public servant.” Being a better servant has meant bringing visionary change to South Los Angeles. Change that has included nearly 6,000 affordable housing units—either completed or underway, an expansion of parks—including an extensive renovation of the 104-acre Magic Johnson Park and transforming the 178-acre Victoria Golf Course into a recreation center with the involvement of Tiger Woods, and in partnership with Metro a transportation boarding school in the heart of South Central that will afford some of the county’s most marginalized youth with the opportunity for careers in the global transportation industry. Given his recognition of public service as a calling, terming out of the L.A. County Supervisors only fueled his passions to continue to advocate on behalf of others.  “I do this because it provides a level of fulfillment,” Ridley-Thomas reflects. “And because being elected ten consecutive times to four different seats suggest that there are constituencies who believed that I can do what I say I will do.” For all of his accomplishments, which include the 1992 founding of the Annual Empowerment Congress and the 2002 founding of AAVREP (African American Voter Rep) which has registered over 200,000 new voters, the path to his recent victory in the L.A. City Council’s 10th district did not come as easily as some would have thought. He credits part of that to the anti-incumbency fervor sweeping across America “It ended up as decisively, as one could have hoped. 61 to 39 is obviously not close,” says Ridley-Thomas. “But to get there, it took a lot of skill and fundraising. It took people believing in my candidacy as distinguished from the opponent in the race who just didn’t have the capacity or the ability to persuade by virtue of what she hadn’t accomplished and what I have been able to accomplish. The thing that made it difficult is the level of anti-incumbency fervor that has been a big challenge for incumbents during the last few election cycles.” That he is a bridge builder helped to overcome any ambivalence voters had towards incumbents.   “There’s no secret I’ve invested in communities across the board,” Ridley-Thomas states. “The objective of those in the primary, and then in the general was to diminish the import of the historic value and contribution of the African American electorate. It became very important to take a stand on behalf of the African American community, not at the expense of the Korean community, the Latino community, the Chinese American community, the Filipino community, the white community, or the Jewish community, all of which are represented in the 10th district.” Yet another concern for some was whether or not the Manuel Arts High School graduate who earned a PhD in Social Ethics from USC is positioning for a future run for Mayor. His answer to that question is about as enigmatic as a poker player who is hardly ready to show his hand. Ironically, it is a question he answers in third person. “There’s no elected official locally that has a comparable body of work to that of Mark Ridley Thomas and I think constituents know that in the 10th district and beyond…and probably want to see if that can be enhanced,” states the 66-year-old married father of two.   “I would just simply say, we’ll have to see as it relates to the kind of systematic and almost scientific way of making such a determination.”