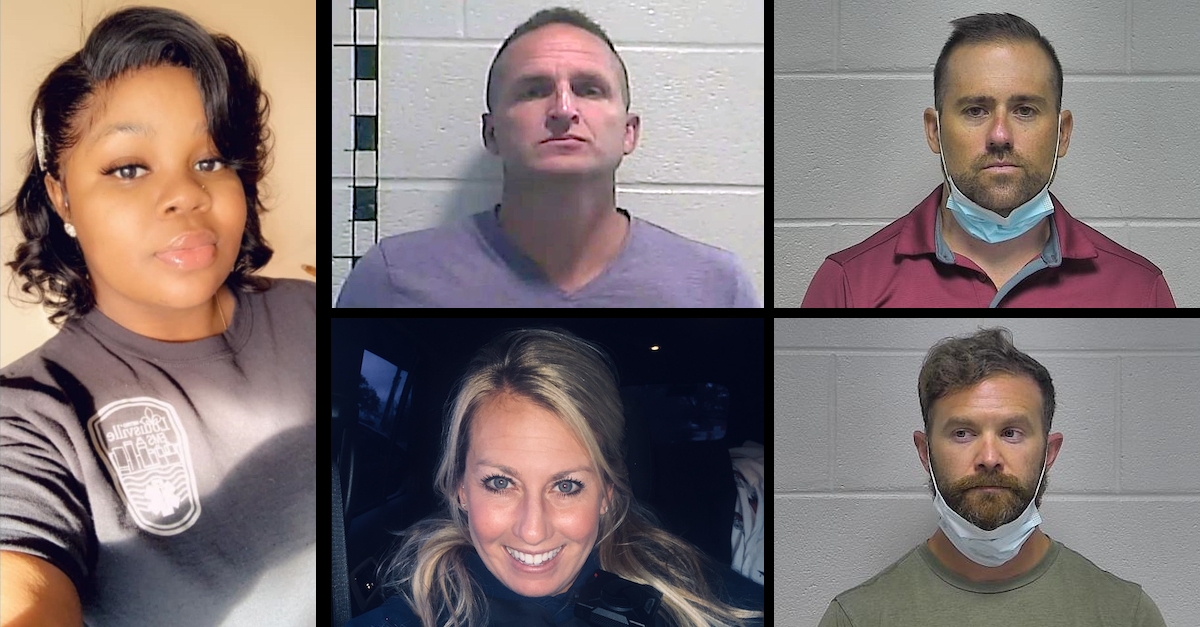 Former Louisville Police Department detective Kelly Goodlett, who was arrested and charged in the March 2020 death of Breonna Taylor, has pled guilty in federal court on one count of conspiracy. Goodlett was initially charged with submitting a false affidavit for a warrant to search the home of Taylor without probable cause and with obstruction of justice for providing false information to cover up her actions after the Louisville Metropolitan Police Department’s raid resulted in the tragic death of the 26-year old emergency room technician.

A statement provided by the Department of Justice revealed Goodlett’s admission that she knew the affidavit in support of the warrant to search Taylor’s home was “false, misleading and stale”.

She also admitted that she and another detective conspired to obstruct justice by providing false information to investigators after Taylor was shot and killed.

Goodlett—who is expected to testify against two of the other officers— is scheduled to be sentenced on November 22 and faces up to five years in prison and a fine of up to $250,000. Trials for the three other former officers— Joshua Jaynes, Kyle Meany and Brett Hankison—are set to begin in October.

Ironically, Myles Cosgrove, the officer who fired the fatal shots—though fired from the police force—is not among the officers facing charges.