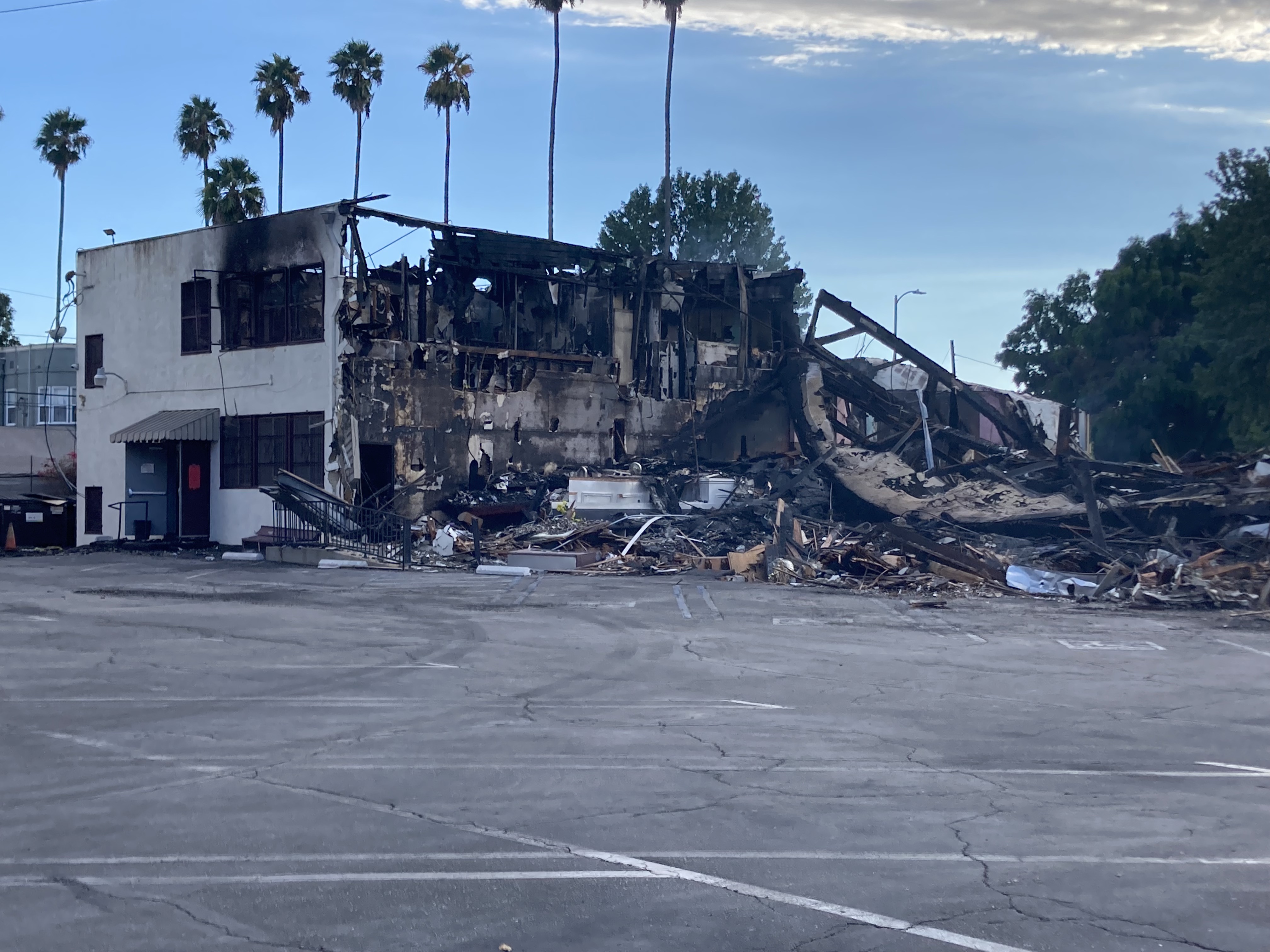 All that was left of Victory Baptist Church—one of the historic Baptist strongholds in South Los Angeles—was smoldering ashes after a major fire destroyed the church early Sunday morning, injuring two L.A. firefighters.

The blaze which broke out at around 2:22am was declared a “knockdown” after an hour and forty minutes of firefighters working to contain the flames which had engulfed the massive sanctuary located at the corner of McKinley Avenue and East 48th Street. Crews remained on scene for most of Sunday to ensure hot spots and smoldering debris within the collapsed building were eliminated.

“The building may be in ruins, but we will rebuild,” said Rev. Edward Jenkins, who has served as the church’s pastor since 1995. “Victory has been instrumental in this community and will continue to be.”

Victory—whose motto is “To Serve the Present Age”—was organized and founded by Arthur Atlas Peters on Easter Sunday, April 2, 1943 in a storefront on 42nd street and Wadsworth Avenue with 14 members.

In 1950, Victory Baptist Church made national news and inspired thousands when its Sunday night services were aired on KTTV during prime time. It also broke new ground as the state’s first Black-owned day and nursery school.

During its glory days in the sixties, the church grew to more than 2,000 members and was best known for its 75-voice choir, “The Voices of Victory”, and its activism. Dr. Martin Luther King spoke there on two occasions and Rev. Ralph D. Abernathy officiated Peters’ funeral there in 1975.

While the fire was deemed a total loss, what stood untouched by the flames were records and pictures documenting the church’s rich 79-year history and the podium Dr. Martin Luther King Jr. and Rev. Ralph D. Abernathy preached from.

A larger benefit service is in the works.

“This is a huge blow to the faith community,” said Pastor K.W. Tulloss, president of the Baptist Minister’s Fellowship. “Victory is a huge part of our Baptist tradition here in Los Angeles, so the faith community is coming together to raise monies to help support the church through this tragedy and ensure that Victory’s rich legacy continues.”

The cause of the fire remains under investigation.