Experience Vs. Cold Cash: The Race to L.A.’s Mayoral Run-Off 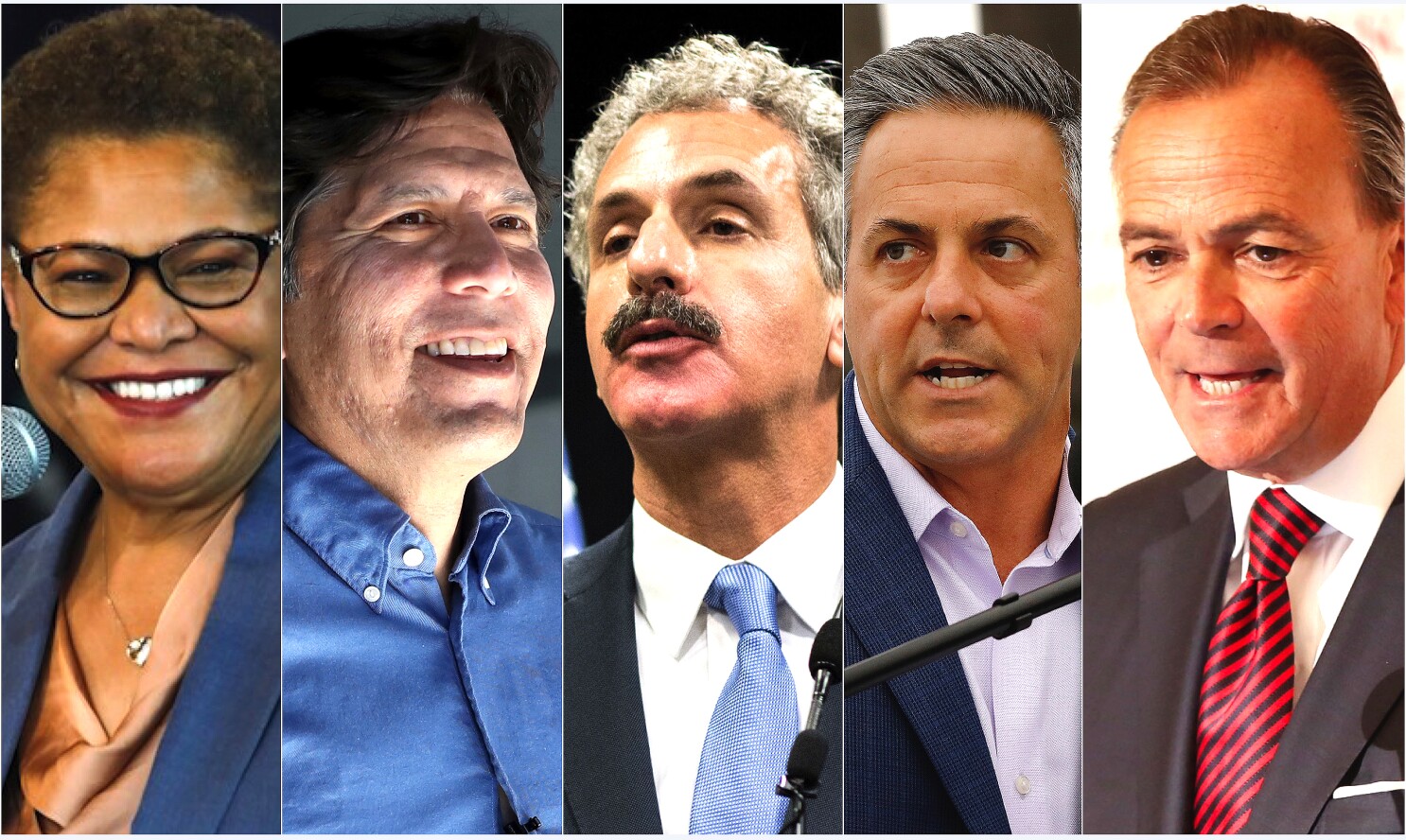 The race for mayor of Los Angeles is getting narrower by the moment and cold cash seems to be the quantifying factor as billionaire Rick Caruso’s rise in the polls proves beyond the shadow of a doubt that the $22.5 million he’s invested of his own money thus far into his mayoral campaign is paying off big.

One month before the June 7 primary makes it official, this political contest has —to be clear—already become a two-man race, but the unprecedented amount of money Caruso is spending in the advance of the primary signals that he may be trying for a primary knockout. Something, political consultants believe to be highly unlikely.

“Clearly, that’s what he’s going for, but even with 40 percent of eligible voters registering as independent, that’s a very tall order given the way Bass has resonated with voters and with the primary one month away,” said a political insider who with ties to both, opted to remain anonymous.

In the latest poll conducted released last month from the UC Berkeley Institute of Governmental Studies and co-sponsored by the Los Angeles Times, the real estate developer—and owner of The Grove— has a one percentage point lead over Congresswoman Karen Bass, who has up until now held a commanding lead over the field of candidates including L.A. City Councilmembers Kevin de Leon and Joe Buscaino and L.A. City Attorney Mike Feuer.

According to the poll, 24 percent of likely voters supported Caruso and 23 percent supported Bass with thirty-nine percent of voters remaining undecided.

None of the other candidates came close, with the nearest competitor, de Leon, trailing at just 6% and none of the remaining candidates rising above 2%.

Feuer called him a “billionaire mall developer” who “is trying to buy his way to City Hall.”

But Caruso’s rise in the polls is not scaring Bass, who by the way, does not scare easy.

“We have enough experience to know that [money] is just not enough,” Bass points out. “You have people who have spent millions and millions of dollars before and lost. So, the dollars don’t scare me.”

It does, however, bother many who are concerned that the mega-rich developer can buy his way in the mayor’s office.

“That’s what you can do when you have a fortune estimated at $4.3 billion: Waltz into the campaign at the last minute and beat your message into the heads of voters who didn’t ask to hear it, in the long tradition of mega-rich candidates like Meg Whitman, Carly Fiorina, Mike Bloomberg, Jon Corzine, Donald Trump and Tom Steyer,” wrote L.A. Times columnist Nicholas Goldberg.

What Goldberg, however, failed to mention was that with the exception of Trump, it did not work for Whitman, Fiorina, Bloomberg or Steyer.

The concern, however, is real. With advertising being the biggest expense in political campaigns, money matters. In its 2018 study on the impact money has on elections, it concluded that in the majority of cases, the candidate who spends the most money usually wins. But it was quick to point out that this was not always the case. In fact, political scientists have found that money probably wasn’t the deciding factor in who wins a general election.

“People are selfish,” said one political insider. “They vote their interests and Trump’s win was just enough to scare them about the consequences of electing someone who could buy their way into office”.

Given the track record of all she has been able to do from activist and co-founder of the Community Coalition to making history as the first African American female to serve as speaker of the California State Assembly to her 12 years in Congress—including a stint as Chair of the Congressional Black Caucus, Bass has let her accomplishments do the talking. But she has indicated that things are about to heat up and as her opponents will tell you, the 68-year old congresswoman is not one to back down from a good fight and for all of her likeability has exhibited steely nerve when it comes to chutzpah on the political front, whether in the halls of congress or at a heated debate or townhall. The kind of bravado that is on full display in her response to Caruso’s rise in popularity.

“You would’ve thought with all of that money that he would’ve trounced me. I’ve not spent a penny on mailings, TV and all that. He’s got commercials on every five minutes, but it’s interesting that he has spent so much money and the only thing it’s bought him is to catch up to me.”

Bass had been the top fundraiser prior to Caruso’s entry to the race in February. None of the candidates have challenged Caruso in terms of commercial airtime and more one month out from the June 7 primary, he’s already invested more than double the amount Mayor Eric Garcetti spent during his entire 2013 campaign.

“In any normal campaign, you’re not up on TV this early,” she explains. “People are not focused. Normal campaigns wait until you’re a couple of weeks out before the election. You want to begin to reach people when they’re going to be receiving the ballots. He’s up on TV this early, because he is worth $4 billion and because he was polling at 6% to 8%. So, he’s had to spend close to $20 million just to catch up and I haven’t spent a penny. You will be seeing commercials from me, [but] not like him.”

What Bass doesn’t have in millions, she makes up for in experience and likeability. It is those two things that have made for past political victories and propelled Bass to where she is, according to those like political strategist Kerman Maddox, who is the owner of Dakota Communications, one of the city’s top public policy firms.

“The reason Karen Bass has been so successful during her political career and is doing so well in the Mayor’s race is because of her likability. In addition to being incredibly smart and hard-working, she is well liked by voters and considered to be genuine. Likeability is the most coveted attribute in electoral politics, and she has lots of it.”

That likeability is translating into big dollars from donors the likes of Jeffrey Katzenberg, J.J. Abrams, Endeavor CEO Ari Emanuel, Samuel Jackson and Magic Johnson, who is featured in one of her upcoming ads.

“What I hope to do is to leverage my years of experience as an activist, as an organizer, I have spent a good part of my life focusing on building coalitions, across race, class, gender, ideology, and geography.,” Bass says.  I work well with the Republicans in Congress.  I’ve learned how to compartmentalize.”

As the polls have shown what will determine the race in the long run will ultimately boil down to the issues.

Issues and regions seem to have been key determinants. Homelessness was the number one issue cited by voters in the poll. Other key issues included crime and public safety where Caruso dominated, housing affordability which put Bass out on top; and education and schools, where once again Bass excelled. There was a near dead heat on the issue of jobs and the economy.

Bass held the lead on the westside, south L.A. and harbor regions, while Caruso’s strongest support came from the San Fernando Valley. The top two finishers will advance to the November general election and Bass is looking forward to going toe-to-toe with Caruso on a number of issues and coming out on top.