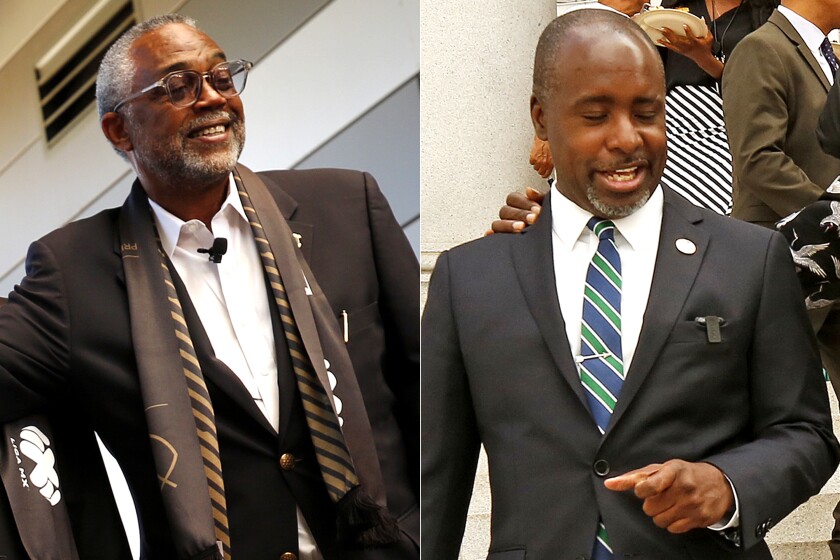 Los Angeles City Councilmembers Curren Price and Marqueece Harris-Dawson have introduced a motion to offer a $50,000 reward in the murder of 16-year-old Tioni Theus.

On Jan. 8, Tioni was found dead, shot in the neck, after drivers reported seeing her body along the southbound 110 Freeway in South Los Angeles. The motion co-presented by Councilmembers Price and Harris-Dawson, seconded by Councilwoman Monica Rodriguez, offers a reward for information leading to the arrest and conviction of anyone responsible for the teenager’s death.

“Tioni was just beginning her life, with all the possibilities ahead of her, ripped away in an instant. It’s heart wrenching to think that someone who had so much promise and the world at her feet could be taken in such a cruel manner,” said Councilmember Price. “With her love of dance and golf, these God-given gifts and talents never had the chance to be shared with the world; so many unfinished dreams that will never be realized.

Until the person or people responsible for her murder are behind bars, the community will not be at rest. We need answers to provide closure for the Theus family. Only then will justice prevail.”

The case is currently under investigation but there is no apparent motivation. The suspect(s) has not yet been identified and presents a significant peril to the community at large.

“Far too many times, our news and media outlets make the choice to uphold conventional thinking when it comes to the devaluation of Black women and girls,” added Councilmember Marqueece Harris-Dawson.”  Some find it hard to locate the center of their humanity. Instead, they question their personhood and judge using their harshest lenses. The underlying subtext of their thinking is distilled into worthiness; a young Black 16-year-old can only be exploited and trafficked. Today my colleagues have joined me in introducing a reward motion that crosses county, city, and district boundaries to encourage anyone who knows the perpetrator to come forward and bring peace to Tioni’s family, friends, and our South Los Angeles community.”

Councilmembers Price and Harris-Dawson will also be introducing legislation in the coming days seeking an equity analysis from the Civil + Human Rights and Equity Department, with the assistance of the LAPD, on violence facing Black women and girls. The report will explore inequities in the rate of violence experienced by Black women and girls and the rate at which violent crimes against them are solved.

“The murder of Tioni Theus is shocking in its brutality,” said Capri Maddox, Executive Director of the Civil + Human Rights and Equity Department, also known as LA Civil Rights. “But the murders of Black women and girls that go unsolved is nothing new. Time and time again, our community faces higher rates of violence while being treated like less of a priority. We are so grateful to Councilmember Price and Councilmember Harris-Dawson for leading on this important legislation, and we look forward to working with them to shine a light on this issue. Black women and girls matter, their suffering matters, and they deserve justice.”