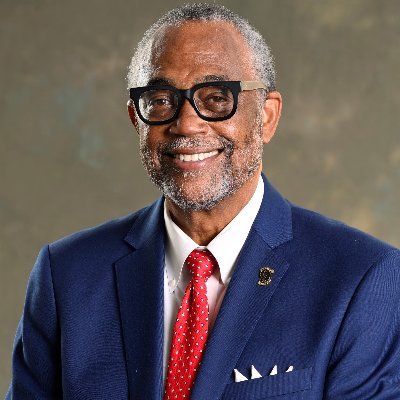 Two-term L.A. City Councilmember Curren Price will be vying for another four years to represent the people of South Los Angeles in District 9 in the June 7 primary election– and despite the recent demographic changes in a district that is 80% Latino, Price is more confident than ever that he is the person who will help bring equity and prosperity to the district.

“I don’t deny that I’ll probably be the last African American city councilperson to represent District 9,” says the 71 year-old Price who has served terms in the State Assembly and Senate along with the Inglewood City Council. “But I’m here now because I have a history of inclusion, collaboration and of meeting the needs of the constituents I represent in the programs I’ve shepherded.

“I’ve won this election before against Latino challengers, and some better funded than I, but I still prevailed. I think that says something not only about my constituents who are sophisticated enough to be able to distinguish my record of working for their interests, but it also about me and my abilities.”

Price, who chairs the city’s Economic Development Committee along with serving on the Budget, Immigration and Equity and Olympic Planning committees, is poised to continue implementing and executing his progressive agenda of programs and policies that address the unique needs of South L.A.

“I’ve been meeting the needs and addressing the issues and concerns of not just Latino but all black and brown folks, and especially those who are underserved,” Price tells L.A. Focus. “I’m certainly the most progressive member of the city council– and when you talk about increasing the minimum wage, our “Ban the Box” social justice measure, supporting street vending, the guaranteed basic income and mobility pilot programs that I’ve worked to support– these progressive programs are a model for not only L.A. but all around the country, folks are following our lead.”

Among some of Price’s proud accomplishments is the city of Los Angeles’ much publicized BIG: LEAP program– which will provide 3,200 Angelenos below the poverty line with $1,000 of guaranteed income for 12 months- started as a pilot program in District 9.

“I started a $6 million universal basic income program in District 9 using money that I helped advocate be cut from the LAPD budget for 500 people struggling with poverty. The mayor liked it so much they made it a city-wide program, so it’s now a $40 million dollar program serving over 3,000 people, and it’s the largest program of its kind in the country,” says Price.

Concurrently, Price has teamed up with the L.A. Department of Transportation (LADOT) and L.A. County METRO to launch a revolutionary Universal Basic Mobility (UBM) Pilot in South L.A. which will bring e-bikes, shared EV cars and an on-demand shuttle service along with subsidized transit fares for 2,000 pilot area residents who have historically lacked options for how to get where they need safely.

“For my constituents, mobility is essential to survival, an avenue to opportunities,” said Price. “UBM will serve as a vehicle to ensure that no one is left behind while addressing climate change simultaneously. Transportation is not only the foundation of healthy communities; it is a human right.”

While Price firmly believes he has his finger on the pulse of what will secure the health and prosperity of his district– with the means to follow through, his path to serving his third and final term in city hall is far from secured.

His challenger, 36 year-old Dulce Vasquez who works as director of strategic partnerships for Arizona State University in Los Angeles, has raised over $200,000 in her bid for the seat. Vasquez, who is a formerly undocumented Mexican immigrant, is making the case that her campaign represents a long-overdue generational shift and her background makes her more in touch with the constituency which is majority Latinx with a large immigrant population– and is a point Price wholeheartedly refutes.

“I’m a product of south L.A. who went to public school in the heart of the district,” says Price. “And before the L.A. city council I represented the same District 9 area in the State Assembly, so I’m not a Johnny-come-lately like my opponent seems to be. I don’t mean to throw shade, but she only just bought a house in the district a year ago and has never voted in the district. How can you represent a district you’ve never voted in?”

Price, who works on the Immigration and Equity Committee in city hall, also boasts that his record on immigration is as strong as any politician in the city.

“Immigration’s a really big deal in my district,” says Price. “We have lots of folks who have come here from Latin America and Mexico, but also some from the Caribbean and Africa. I allocated about 1.2 million dollars to help black and brown groups that are providing assistance with immigration, and legal aid, etc.”

For Price, creating honest social equity in South L.A. is what drives his motivation for using his position to bring resources to the area.

“My whole piece is, it’s not about dividing the pot by 15– since there are 15 city council districts. Equity means some districts get more because of the neglect that’s occurred over the years, and that’s what we always lead with in terms of making sure services are available in my community,” says Price. “Don’t just divide the pot up by fifteen but let’s have a conversation about what’s happened over the years in terms of neglect and disinvestment and the opportunities that were not presented to our folks.”

Price is confident that his career worth of work creating a more prosperous South L.A. speaks for itself when voters ultimately decide who will represent them this fall.

States Price, “These are the issues that my constituents are concerned about, so I always want to be sure that I’m an effective advocate on their behalf and I think that’s why I’m going to be re-elected for another four year term.”