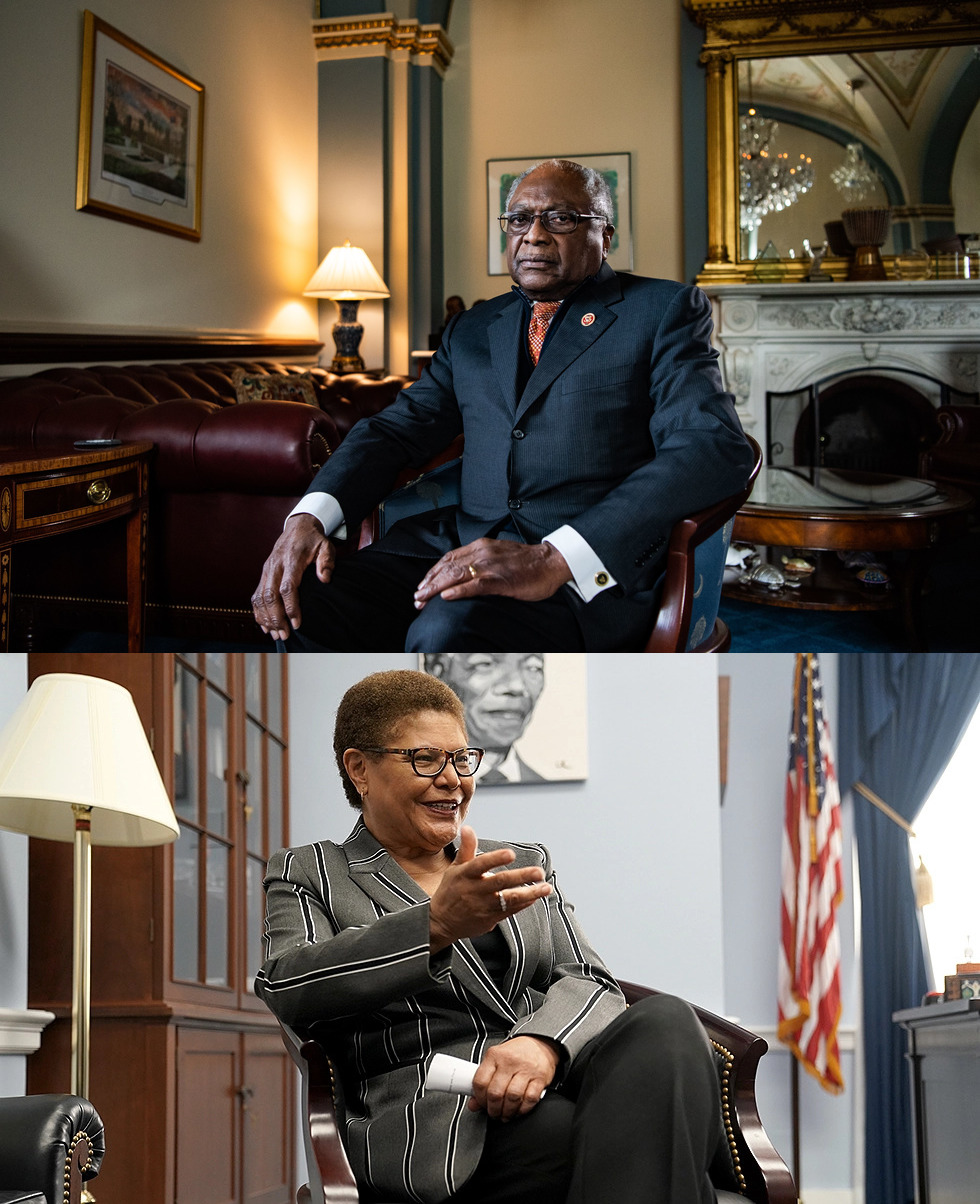 In a show of support for his friend and colleague Karen Bass’ campaign for Mayor of Los Angeles, Congressman Jim Clyburn (D-S.C.) visited Los Angeles recently to speak publicly on behalf of Bass’ acumen as a legislator. Clyburn, who is the House majority whip and third ranking Democrat in Congress, has been working with Bass since she came to Washington in 2010 and has seen first hand how effective she can be.

“When you look at all the different roles that she’s played in government, compare her background and the success she’s had and her approach to governance, I think she is what’s needed in this community,” said Clyburn in an exclusive interview with L.A. Focus.

Clyburn says he recognized how special Bass was from their first meeting over a decade ago, based on her laser focus and pragmatic thinking.

“I watched how she interacted with members of Congress and how thoughtful she was and I really wanted to get to know her, so I sat down with her to ask her about her aspirations,” recalls Clyburn. “Everybody who comes to Congress gives you these big grandiose ideas about what they want to do, but she was different. She said she wanted to focus on kids in foster homes and she laid out her plan. That really impressed me.”

Bass has made her mark on both state and national politics with her six year stint in the California State Assembly where she served as Speaker, followed by her past twelve years in Congress where she was elected chair of the powerful Congressional Black Caucus and notably was chief negotiator on a police reform effort in the wake of the George Floyd murder. Her national profile was raised again when she was reportedly short-listed to run as Joe Biden’s Vice President during his candidacy. But now instead of continuing her distinguished work on the national level, the native Angelino and USC graduate has her sights set on becoming the first black female Mayor of Los Angeles where she will be focusing on the city’s profound income inequality, crime, and a chronic homelessness epidemic which only seems to get worse.

During his trip to L.A., Bass invited Clyburn to visit Skid Row so he could see first-hand the severity of the homeless situation in the city– where blacks disproportionately make up 40 percent of the unhoused population while being less than 9 percent of the total population.

“Knowing his stature, knowing his connection to the White House, I want Clyburn to see what’s happening in LA and to elevate the issue with people to see how serious it is,” Bass said of their visit. “I’ve often said, I’ve seen refugee camps that don’t look as bad as Los Angeles streets.”

The impact of the visit was not lost on Clyburn, who admits though there is a homeless issue in his home state of South Carolina, it can’t be compared to what is happening in Los Angeles.

“We’ve had a homeless problem in Charleston [South Carolina], but we don’t see people sleeping all around town, under bridges and in door ways like we used to,” remarked Clyburn. “It’s not up to 60,000 people– no it’s not that big, but I’m going to take a look at what we can do about that.”

Clyburn believes Bass has the right background, familiarity, and temperament to lead the city through this crisis.

“Some of this is about mental illness, and her background in the medical profession equips her to be able to deal with the issue of mental illness,” said Clyburn. “She has the compassion that is required in order to really propose and work through the legislative process and get the kind of legislation that’s needed to address these issues. I think that she can really see herself in so many of the problems we’ve got in Los Angeles, and I don’t know if people who have not lived certain experiences can ever develop the empathy that’s needed.”

As for her temperament, Clyburn called out the misnomer that the perception of Bass being ‘likable’ means she’s not tough.

“She is very tough. A lot of people judge you by how big your headlines are or how many hits you get on social media, but that doesn’t necessarily make a great legislator,” said Clyburn. “Karen’s not boombastic and isn’t going to go out calling people names. That is not her style.”

In November Bass will face off against Republican-turned-Democrat and billionaire real estate developer Rick Caruso who spent upwards of $40 million on advertising which is 15 times what Bass and is more than any mayoral candidate in the city’s history to increase his name ID.

“The good news is he spent all that money, I have not spent a dime, and all he did was catch up with me. You would have thought he would have run me over with a truck by now. I’m sure that has frustrated him,” said Bass.

Clyburn is quick to point out that Caruso’s record of developing real estate in L.A. flies in the face of the city’s affordable housing crisis.

“Her chief rival implies that he is one that can solve the problem for the homeless, but he’s been the developer for how long? How many apartment units and other things has he developed during this time and how many of them have been affordable housing units? According to my information, not a single one,” said Clyburn.

On the issues of homelessness and affordable housing, as well as many others, his experience working with Bass makes it clear to him that she is the right person to lead Los Angeles.

“When I got the chance to work with Karen Bass, I saw in her someone that is dedicated to making this country’s greatness accessible to all the citizens, but also affordable to citizens,” said Clyburn. “Of all the housing in the world, no matter how many units you build in Los Angeles, if people can’t afford it, it might as well not be built. That’s what her candidacy is about.”