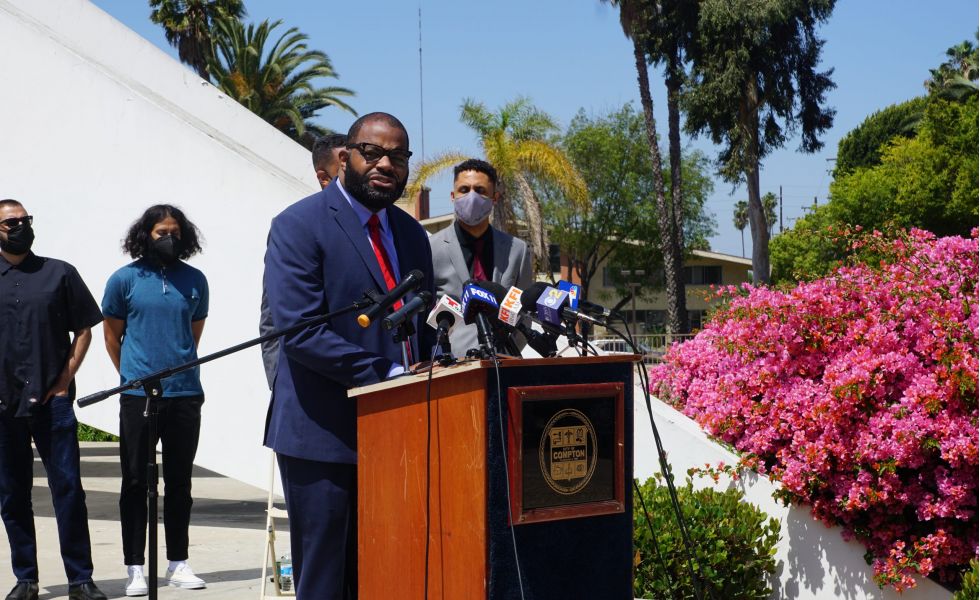 The fraud concerns the use of “annual minutes” Compton is contracted to pay the L.A. Sheriff’s Department in exchange for their services. In 2019-2020, the city agreed to pay the LASD nearly $22,775,000 for 700,800 minutes of deputy crime suppression and 858,720 minutes of special assignment deputy sheriff services.

Lawyers for the city of Compton, however, allege that the LASD has committed flagrant “minutes fraud” through the unauthorized use of City minutes for County non-crime suppression duties in violation of its contract, resulting in major understaffing, a lack of responsiveness to calls for service, increased crime and a financial loss to city taxpayers estimated to be in excess of $10 million.

“In February of this year, allegations of minutes’ fraud by the sheriff were made public by a whistleblower. These claims concerned fraudulent activities at Compton station,” Compton City Attorney Damon Brown said. “Today, the city of Compton is taking an exit from the road to nowhere at my direction, and with the approval of the city council, the law offices of Douglas & Hicks’ filed a claim for damages with the county of Los Angeles, alleging among other things, fraud and breach of contract against the Los Angeles county Sheriff’s department.”

“Essentially, the allegation is that the county is paid $20+ million to patrol the streets of Compton to make sure the streets are safe and the residents are safe,” said Hicks. “In actuality, what is happening is fraudulent billing. What that mean is we have deputies say they are at a location they are not at.”

“The last time we assembled here, we demanded an independent investigation into the deputy gangs that run Compton station only to have Sheriff Villanueva deny their existence and deflect that I, myself raised this issue for political purposes and gain,” Mayor Aja Brown stated.

“Yet, here we are one year later, deputy gangs have been confirmed and we’re addressing more widespread fraud and abuse against the taxpayers of the great city of Compton. We are here to demand that Sheriff Villanueva no longer stand back and standby while the Compton station runs rampant with deputies who are abusing their position, committing fraud.”

“We asked for justice instead we get excessive force, constant harassment,” Chambers said. “And now a total blatant misuse of our funds. The residents of Compton deserve better.”

In response to the allegations, Sheriff Alex Villanueva has said that his department is conducting a thorough audit, adding, “To call it a fraud, that might be a little bit of a stretch.”

Brown hinted that Compton may not be the only city to question LASD’s billing of annual minutes.

“Lastly,” said Brown, “we hope that Compton is paving the way for other contract cities to take action and protect their residents and tax dollars by holding the Sheriff’s department accountable and install a new system of transparency for the residents that we swore to serve.”