Community Leaders Once Again Thwart Sale of the Crenshaw Plaza 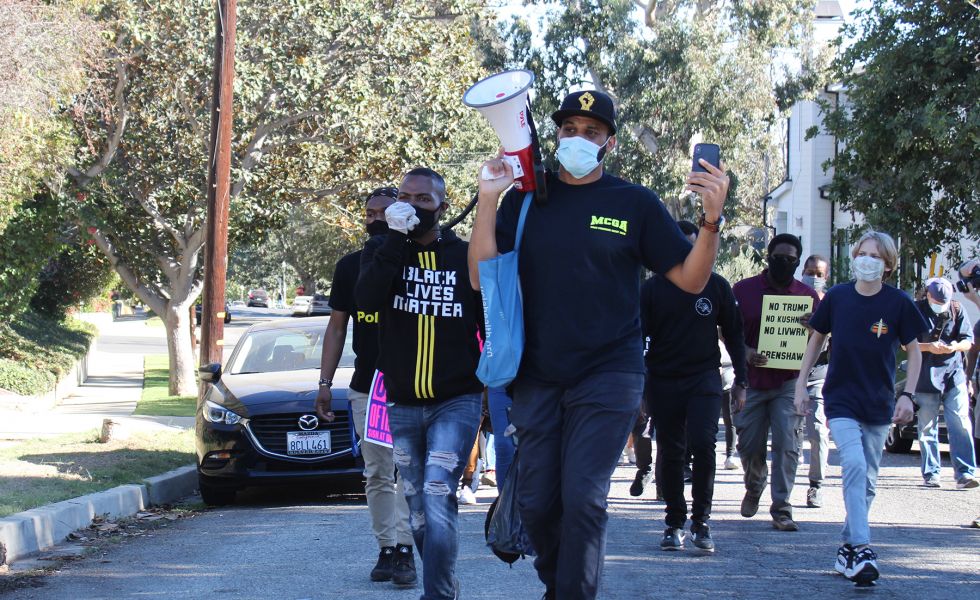 Downtown Crenshaw, a Black-led community organization said on Tuesday they’d blocked the sale of the Crenshaw Plaza to LIVWRK and DFH Partners.

The group told LA Focus that whatever negotiated agreement by LIVWRK and DFH Partners to acquire the Crenshaw Plaza shopping mall was terminated on Dec. 11.

That would make it the second time in seven months that Black community leaders have successfully prevented developers with ties to Donald Trump’s family from purchasing the iconic Black commercial center.

“This is a tremendous Black community victory and testament to the power of the people,” said Niki Okuk, the Board President of Downtown Crenshaw Rising. “Downtown Crenshaw stood up and defeated LivWrk-DFH Partners, an unqualified out-of-town Trump-Kushner development partner, who sought to do harm to our beloved Crenshaw.”

The Downtown Crenshaw group had collected nearly 13,000 signatures for the petition to stop the sale of the shopping mall.

The Baldwin Hills Crenshaw Plaza is located at 3650 West Martin Luther King Jr. Boulevard, an area heavily populated with African-Americans, and the mall and region have been a hub for Black-owned businesses. Locals oppose recent attempts to sell the mall to out-of-state investors because they say it would worsen gentrification and displace mom and pop stores.

Moreover, after Downtown Crenshaw’s $100 million bid to purchase the mall was rejected in favor of LivWrk, the community engaged in direct action against the New York City-based real estate company.

As was the case last month when protesters held demonstrations outside the CEO Asher Abehsera’s Beverlywood home and marched through the streets of the predominantly Jewish neighborhood, in an effort to shed light on Abehsera’s real estate company’s track record of gentrification in the Black community.

To be clear, the status of developing the mall remains in limbo.

Sherri Franklin, Urban Design Center CEO who has been working along with LIVWRK said during a zoom meeting with United Home Association 2 last Saturday that Abehsera’s had put a 30 day extension to close the deal on purchasing the mall.

However, sources familiar with the details confirmed with LA Focus that the deal had already been terminated at the time she made the comment.

LIVWRK did not return repeated requests for comment to this story.

Featured photo: Damien Goodmon on the day he led a group of protesters to march in Asher Abehsera’s Beverlywood neighborhood