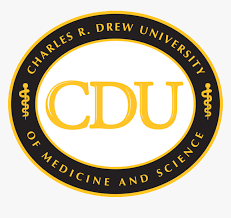 L.A.-based, Charles R. Drew University of Medicine and Science (CDU) is the recipient of a $20 million donation from Philathropist MacKenzie Scott, the former wife of Amazon founder, Jeff Bezos. One of the nation’s four historically Black medical schools, the University strives to improve the health status of underserved communities through innovative biomedical research, and progressive health policies

The one-time gift represents the largest private donation in the history of the University, which was founded in 1966 in the wake of the Watts Uprising to address inequities in healthcare.

“CDU has been on a tireless pursuit to cultivate diverse health professional leaders dedicated to social justice and health equity for underserved populations,” noted Dr. David M. Carlisle, CEO and President of CDU. “This investment will advance that goal by providing resources to support and enhance our outstanding education, research, clinical service, and community engagement. We are truly grateful for MacKenzie Scott’s generosity and dedication to important issues around social justice.”

MacKenzie Scott has personally donated more than half a billion dollars to public and private historically Black colleges and universities. CDU has been recognized as an HBCU by the State of California and is also a federally-designated Historically Black Graduate Institution. The 11-acre campus located in the Watts-Willowbrook section of South Los Angeles includes a day care facility, elementary school, high-school, biomedical library, central administration, educational & learning resources, (basic, clinical and population-based research facilities), and housing for postgraduate students.

The University— founded in 1966 in the wake of the Watts Uprising— provides undergraduate, graduate, and certificate programs to approximately one-thousand current students looking to start or accelerate careers in healthcare.

“The mission of Charles R. Drew University of Medicine and Science is noble, and it takes noble people like MacKenzie Scott to help bring it to fruition.” stated, Benjamin Quillian, PhD, Chair of CDU’s Board of Trustees. “This kind act will have a ripple effect that starts with our students and ends with improved health outcomes in under-resourced neighborhoods.”

Last year, CDU also received its largest ever single appropriation when the State of California made a one-time allocation of $50 million in the state budget to support the University in its quest to establish a 4-Year Medical Degree Program and a building to house it.

CDU is ranked as the #2 school in America for student and faculty diversity and is the only historically black university west of Texas. CDU has been repeatedly cited as a top school in the nation for its graduates’ early career salaries and for providing high-income careers for previously low-income students.