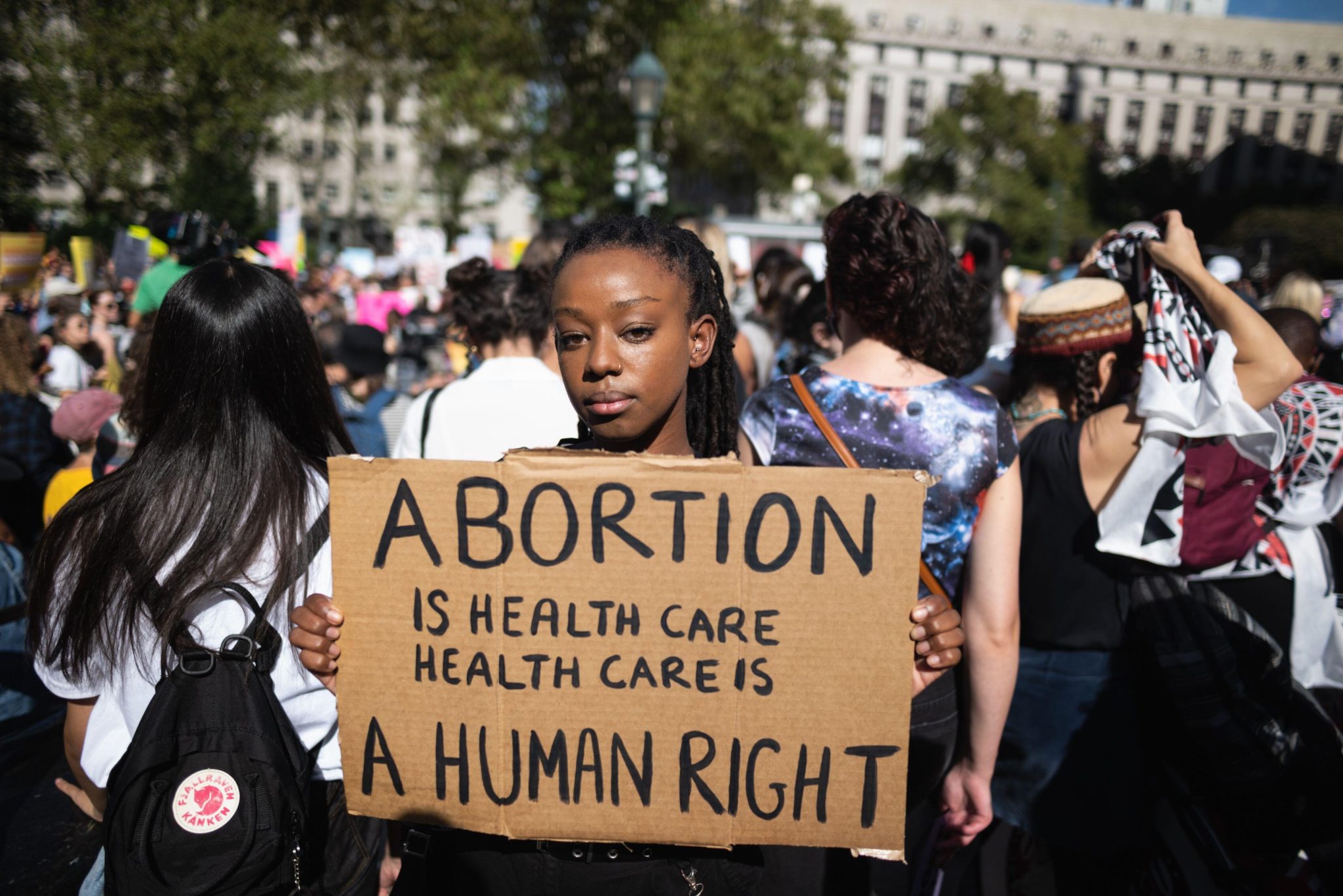 On the heels of the monumental Supreme Court decision to overturn Roe Vs. Wade ending to the right to abortion, celebrities across the nation are speaking up in support of reproductive rights and encouraging others to lift their voices and fight.

“If you have ever benefited from a woman making one of the toughest decisions of her life ― to terminate a pregnancy ― you need to be standing with us,” said Jazmine Sullivan, while accepting her win for “best female R&B/pop artist”. This is not just a woman’s issue. This is everybody’s issue. We need your support more than ever, okay, fellas. Y’all got us? We’ve got y’all.”

Lizzo put her money where her mouth was pledging $500,000 to support Planned Parenthood and abortion rights organizations following the ruling, adding,“The most important thing is action & loud voices.”

Michelle Obama said she was heartbroken, writing: “This horrifying decision will have devastating consequences, and it must be a wake-up call, especially to the young people who will bear its burden. I know this is not the future you chose for your generation—but if you give up now, you will inherit a country that does not resemble you or any of the values you believe in.

“This moment is difficult, but our story does not end here. It may not feel like we are able to do much right now, but we can. And we must.”

Kerry Washington beckoned fans to join her in fighting back.

“I am heartbroken and angry. But I am not going back down. Join me in fighting back: BansOff.org #BansOffOurBodies”

Halle Berry tweeted her outrage, stating, “What the supreme court has done is bulls**t. Something has to be done! Guns have more rights than women. Stop this war on women & keep your laws off of our bodies. We have to ban together & not accept this! We can’t just post about it. We must do something about it.”

And from comedian/actress Yvette Nicole Brown: “I hope the 53% of white women who just couldn’t stomach voting for @HillaryClinton are happy that they’ve just ensured that their daughters grow up in #Gilead. A woman’s right to choose is a health decision. A personal health decision. I’m a Christian and know that.

“Further”, she continued, “I hope people finally get that voting matters! A corrupt, racist, money and power hungry imp got to put three Supreme Court justices on the bench. Those three said they would protect precedent knowing their goal was to overturn every right they deemed inappropriate. This all happened because not enough people care enough to vote. And not enough people who do vote choose leaders that care about everyone—not just the people who think, love and look like them. This is bad.”

Here’s what some of your other favorites had to say:

Shonda Rhimes: “This is actually happening?’

Keke Palmer: I’m devastated. I’m past disgusted w/ my country and their constant inability to protect one another’s right & keep their word. How u overturning the wrong things? So many things to overturn that make sense. But this is what you chose??”

Aisha Tyler: “This is a dark day in American history. The Supreme Court destroyed women’s right to choose. The result will shatter women’s lives, make children & families poorer, increase the financial burden on men & erode the American economy. This is a terrible tragedy for all of us.”

Congresswoman Karen Bass: There’s no middle ground on abortion. Women should always have the right to control what happens to their own bodies—not the government.

Jemele Hill: I had an abortion when I was 26 years old and while this is something I discuss in greater detail in my forthcoming memoir, Uphill that is released in the fall, I decided to publicly share my abortion story in @theatlantic now in light of the Supreme Court’s recent decision to gut Roe v Wade.

There is such a stigma on who gets an abortion, why and who deserves access to abortion. All women deserve the right to bodily autonomy, and we don’t have to justify our reasons for getting an abortion.

Quita Brunson: Just depressing…There are so many things that need to be fixed in this country right now- 240 characters aren’t enough. The fact that controlling a woman’s rights was top priority- it just tells you everything you need to know. It’s about control, not care.

Rosario Dawson: This fight needs all of us – including fathers, bros, and dudes of all genders and generations. Join in at OperationSaveAbortion.com

Viola Davis: And so it goes…gutted. Now more than ever we have to use our voice and power! We the people.