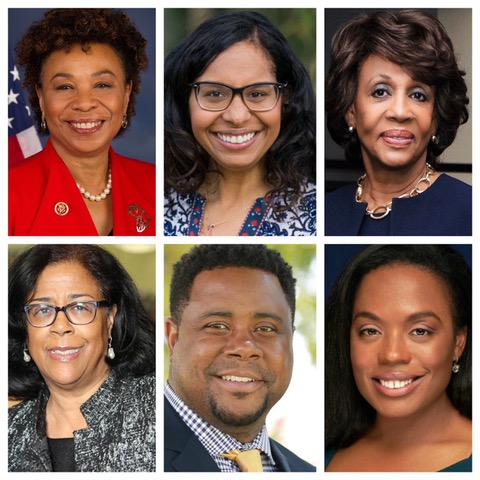 Polls closed for in-person voting at 8 p.m. on June 7, the final day of the Statewide Direct Primary Election. The top two vote-getters in the primaries regardless of political affiliation advance to the November Election — whether one candidate receives the majority of the votes cast in the primary election.

(Only candidates running for State Superintendent of Public Instruction or candidates for voter-nominated offices in special elections can win outright by getting a majority of the vote —over 50 %—in the primary election).

California Black Media (CBM) reports that 68 Black candidates were running in 45 of the elections. Provided below is a partial list of statewide races and unofficial results of Black candidates running.

Secretary of State – Incumbent Dr. Shirley Weber (D) the only Black candidate in the contest is leading by a wide margin over six opponents.

State Controller – Malia Cohen (D) the first African American woman to serve on the board of Equalization is running in second place behind Lanhee Chen (R).

Superintendent of Public Instruction –  Incumbent Tony Thurmond has an overwhelming lead over his six opponents. He is below the 50% majority to win outright. Ainye E. Long, the other Black candidate is in second place but has a very narrow lead over the 3rd place and 4th place candidates.

US Senator – Two separate US Senate contests are on the ballot. One is the regular election for the full six-year term beginning January 3, 2023. The other is a special vacancy election, to complete the unexpired Senate term of Vice President Kamala Harris. Sen. Alex Padilla (D) who was chosen by Gov. Newsom to replace Harris leads the vote in both contests.

The Black candidates running for 17 US House seats are:

District 3 (Yuba) - Kermit Jones  (D) is ahead of three other opponents and will advance to the General Election. This district leans Republican.

District 30 (Burbank) - Ronda Kennedy (R) is in second place with a narrow lead over G “Maebe A. Girl” Pudio. Rep. Adam Schiff (D) is leading in this race.

District 42 (Long Beach) – William Moses Summerville  (D) is in 7th place. No current member of Congress was on the ballot for this race.

District 49 (Carlsbad) – Nadia Bahia Smalley  (D) is in 6th place. Mike Levin (D), a current member of Congress, is leading in this race.

Senate District 16 (Bakersfield) – Gregory Tatum (R) is in 4th place. This a new district predicted to be a tossup for the Republicans and Democrats on the ballot.

Assembly District 20 (Alameda) – Jennifer Esteen (D) is in 4th place. Her opponents are two Democrats and a Republican. No incumbent was on the ballot.

Assembly District 39 (Palmdale) – Andrea Rosenthal (D) is in 3rd place. She had one Republican and two Democratic rivals. This is a solid Democratic district. No incumbent was on the ballot.

Assembly District 47 (Palm Springs) – Jamie Swain (D) is in 4th place.  She is unlikely to advance to the November ballot.

Assembly District 55 (Los Angeles) – Incumbent Isaac G. Bryan (D) is in the lead. He will advance to the November General Election.

Assembly District 60 (Moreno Valley) – Corey A Jackson (D) is in second place. He has three opponents. This is a solid Democratic district. No incumbent was on the ballot.

Assembly District 61 (Inglewood) – Robert Pullen-Miles (D) is leading this race. Tina Simone McKinnor (D) is in second place and James Arlandus Spencer (R) is running 3rd. This is a solid Democratic district. No incumbent was on the ballot.

Assembly District 69 (Long Beach) – Al Austin II (D) is running in 2nd place and Janet Denise Foster(D) is in 3rd place. Four Democratic candidates are running for the seat. No incumbent was on the ballot.

Assembly District 79 (La Mesa) – Incumbent Akilah Weber (D) is leading in her bid for re-election against two Republican opponents. This is a solid Democratic district.