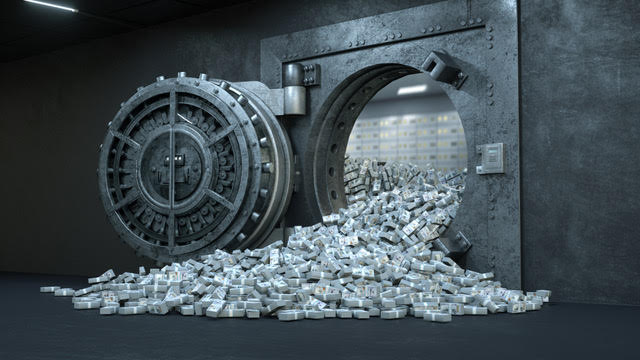 A day after the Task Force to Study and Develop Reparations Proposals for African Americans decided who would be eligible for compensation, the nine-member panel approved a framework for calculating how much should be paid — and for which offenses — to individuals who are Black descendants of enslaved people in the United States.

The task force voted 8-0 to consider a blueprint of 13 “harms,” titled “Model 2: State Specific Harms/Atrocities Framework,” presented by an expert team it appointed.

“The Task Force will give us some directions and what to pursue to use this framework to figure out a procedure to have calculations,” said Dr. Kaycea Campbell, a member of the expert team. “(It) will allow us to identify specific atrocities or harms for which California should compensate.”

The expert panel reported that a “conservative estimate” of two million African Americans in California have ancestors who were enslaved in the United States. According to the US 2020, there are about 2.6 million Black Californians in a state that has a total population of nearly 40 million residents.

The expert team identified 13 “categories” that would be the “methodology” and “procedure to calculate damages” to determine what constitutes harms and atrocities, Campbell said.

The inflictions are prioritized to establish the case for compensation, with specificity to California, based on evidence gathered during witness testimonies over a course of nine months.

“The list is in no way final, can be expanded, and can be shrunk,” Campbell told the task force on March 30. “But we wanted to give an idea of these particular atrocities, as they are identified, and have the task force direct us as to what we should be looking at.”

Campbell, who is based on Long Beach, is an experienced career economist specializing in economic theory, analysis, and policy. The Chief Executive Officer for Ventana Capital Advisors and Associate Professor of Economics, Los Angeles Pierce College, she has a Ph.D. degree in Economics-Management from Claremont Graduate University.

Campbell says the five-member unit is tasked with providing an economic perspective of the work the task force is doing, helping to quantify past economic injustices African Americans faced in the state and elsewhere, and determining what or how much compensation should be for Black people living in California.

The expert team includes Williams Spriggs (former Chair of the Department of Economics at Howard University. He currently serves as chief economist for the AFL-CIO), and Thomas Craemer (Public Policy Professor at the University of Connecticut).

Spriggs and Craemer testified in front of the task force last October.

Rounding out the panel of experts are William A. “Sandy” Darity Jr., the director of the Samuel DuBois Cook Center on Social Equity at Duke University, and Kirsten Mullen, a writer, and lecturer whose work focuses on race, art, history, and politics.

Darity is a Samuel DuBois Cook professor of public policy, African and African American studies, and economics at Duke University. His research focuses on racial, class and ethnic inequality and stratification economics; education and the racial achievement gap; North-South theories of trade and development; and the economics of reparations.

Darity and Mullen co-authored the book, “From Here to Equality: Reparations for Black Americans in the 21st Century.” They testified before the task force during the first meeting in June 2021.

The task force chose the Model 2 framework over Model 1, called the “National Reparations Framework.” The first option captures all the “opportunities and losses” linked to enslavement, Jim Crow laws, elements of lost wages, and others.

The expert team expressed their concerns about the national model because many of the atrocities, discrimination, and wage gap only relate to southern territories that did not happen in California.

On March 29, the task force voted 5-4 in favor of lineage over race as the determining factor for compensation. The members of the expert team suggested that a “reparations tribunal” would be one approach where individuals and families could establish residency and file claims of harm based on lineage.

Task Force chair Kamilah Moore said the community eligibility portion will be based on lineage “determined by an individual being African American, the descendant of a (person enslaved as chattel) or descendant of a free-Black person living in the United States prior to the end of the 19th century.”

By statute, the task force will issue a report to the Legislature by June 1, 2022, which will be available to the public.

Model 2 of the Framework for Reparations and Calculations could “potentially” arrive with modifications when the expert team reports back to the task force during the next meeting, Moore said.

After the expert team’s presentation, testimonials were provided on the “War on Drugs” and the crack-cocaine epidemic during the March meeting.

Those harms could be added to one of the categories.

“I am just putting that on our radar as a potential and distinct harm,” Moore said of the injuries not currently listed in Model 2.