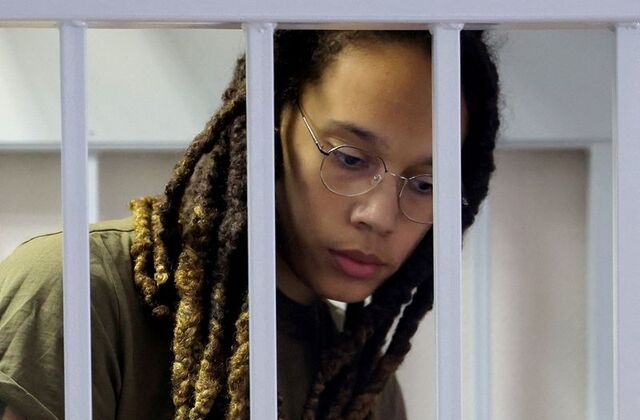 Today, in a Russian court, WNBA star Brittney Griner was sentenced to nine years in a Russian penal colony and a fine of $16,000. This, despite defense team’s arguments that the two-time Olympic gold medalist said that she mistakenly packed the medical marijuana—used to treat pain from injuries suffering playing basketball—while rushing.

Before the sentence was handed down, the eight-time WNBA All-Star apologized to her teams in Russia and the United States as well as to her wife and family. “I never meant to hurt anybody, to put in jeopardy the Russian population or violate any Russian laws. I made an honest mistake,” she said, while noting that she had not promoted talk centering on her being a political pawn and hoped it would not impact sentencing.

Biden did not however hold back upon hearing the sentence.

“Today, American citizen Brittney Griner received a prison sentence that is one more reminder of what the world already knew: Russia is wrongfully detaining Brittney…I call on Russia to release her immediately so she can be with her wife, loved ones, friends, and teammates. My administration will continue to work tirelessly and pursue every possible avenue to bring Brittney and Paul Whelan home safely as soon as possible.”

In a joint statement, WNBA Commissioner Cathy Engelbert and NBA Commissioner Adam Silver said, “Today’s verdict and sentencing is unjustified and unfortunate, but not unexpected and Brittney Griner remains wrongly detained. The WNBA and NBA’s commitment to her safe return has not wavered and it is our hope that we are near the end of this process of finally bringing BG home to the United States.”

Griner has been jailed since her February 17 following her arrest at a Moscow airport after vape cartridges containing 0.252 grams and 0.45 grams of cannabis oil in her luggage.

“The sentencing of Brittney Griner to nine years in prison is a moral outrage and a legal atrocity in any court in the world. In most places, including the United States, what she pled guilty to and was charged with, would not even have merited a misdemeanor. It is a shameful and dark day when global athletics is subjected to politics and not due process.

“She and Paul Whelan are clearly pawns in some global political chess game that has nothing to do with them. We call on President Biden and the United States government to redouble their efforts to do whatever is necessary and possible to release both immediately.”

Sharpton noted that he continues to ask for the Russian and U.S. governments to permit him and a delegation of clergy “to at least have an immediate visit with her as we’re concerned, even more now with this heavy sentence, about her spiritual and mental wellbeing.”

In the meantime, the U.S. is continuing its efforts to negotiate a prisoner exchange for the 6’9” Phoenix Mercury center.

Added Sharpton, “We ask for people all over the world to pray for Paul and Brittney and pray that we live in a world that those we may have political differences with are respected and regarded, and not used in some other way.”