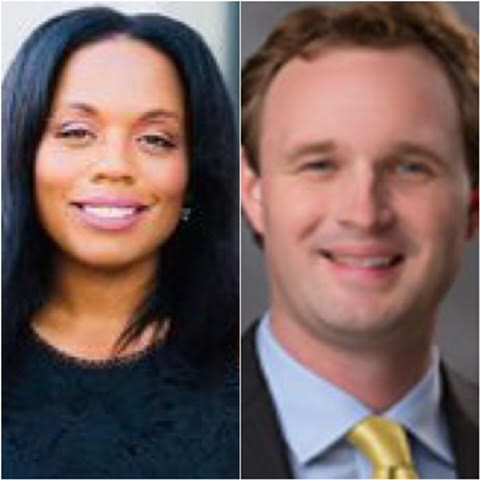 Black Republicans in California are applauding the Feb. 8 election of Assemblymember James Gallagher (R-Yuba City) as the new Minority Leader of the 19-member Assembly Republican Caucus.

“James has always been a measured leader. He’s a good man. I know him and his family. He’s the right man for the position,” said Tamika Hamilton, a Black Republican, U.S. Air Force veteran and candidate to represent California’s sixth Congressional District (in the San Diego area) in the U.S. House of Representatives.

Hamilton praised Gallagher for his “common sense” approach to politics, adding that the lawmaker believes in building consensus around important issues.

“He is always willing to work with the other side. If the Democrats have a good idea, and it works for people, he will roll with it,” said Hamilton. “I believe his vision for California includes everyone – not just for the party.”

In an interview with California Black Media on Feb. 11, Gallagher said his number one goal is to improve quality of life for Californians. During his eight years serving in the Legislature, Gallagher says he has always found common ground with Democrats.

“There are a lot of places where we are just not meeting the mark. One of those is affordability. Costs continue to rise. It is harder to afford a house. Harder to afford rent. Our utility bills are going up. And a lot of that is due to policy, said Gallagher.

“We have convoluted programs for affordable housing and the result is: We don’t get enough built.”

Gallagher also criticized Gov. Newsom and the Democratic leadership in both houses of the Legislature, pointing to climate programs with burdensome costs to companies and customers; rising crime rates in some part of the state; and billions spent on solving homelessness.

“But we haven’t seen a lot of results,” he said. “We want to focus on better solutions we feel will empower people to have a better life. Some solutions are bipartisan.”

Before his election to the Assembly, Gallagher, an attorney, and rice farmer, served on the Sutter County Board of Supervisors from 2008 to 2014. He earned his bachelor’s degree in Political Science at the UC Berkeley and his Juris Doctor at UC Davis.

Gallagher is married and has five children.

In the California Assembly, Democrats hold a super majority of 60 seats compared to Republicans, who only have 19 seats. There is one Independent.

Among registered Black voters, about 73 % are Democrats while about 5 % are Republicans. About 20 % of African American voters are Independents.

There are no Black Republicans serving as State Legislators or among California’s delegations to the United States Senate and House of Representatives.

Hamilton says as Gallagher settles into his new role, he should acknowledge that the state GOP leadership has not done a good job of engaging Black Californians.

“The party has made some major missteps when it comes to the Black community,” admits Hamilton. “We have to do a better job. But what have we gotten out of the Democrats besides performance and acting? They make us think they are doing the right thing. Gavin Newsom does this beautifully. But where is the action behind it? They have controlled this state for decades without a change in sight.”

Hamilton says Democrats cannot continue to tout that California is the largest economy in the country when the middle class is “broke and struggling.”

The morning after taking office, Gallagher hit the ground running, pushing legislation to end the state of emergency in California.

“Average Californians are scratching their heads. Why are we still under a state of emergency?” he says. “We’ve been under a continuous state of emergency for just under two years. Here’s the problem: when there is a state of emergency, the Legislature has less power and the governor has power to essentially enact rules and executive orders as he sees fit. Those are rules that are established for everyone without zero public input.”

Micah Grant, a Black Republican and Trustee on the Natomas Unified School District Board, says Gallagher is a guy “whose feet have touched the earth.”

Grant, who also serves as Chairman of the Board of California Black Media, says after the George Floyd riots when tempers were flaring and racial tensions were high, Gallagher joined a spirited community discussion in Sacramento with people of different races and backgrounds. He joined the conversation and took a lot of heat from the audience, but he left the people in the room feeling like someone from State Government had listened their concerns and was willing to address them.

“James is a serious advocate for education reform – the kinds of reforms that will help Black children in California succeed. That’s the kind of leadership we need,” said Grant.