Bass Widens Her Lead Over Caruso 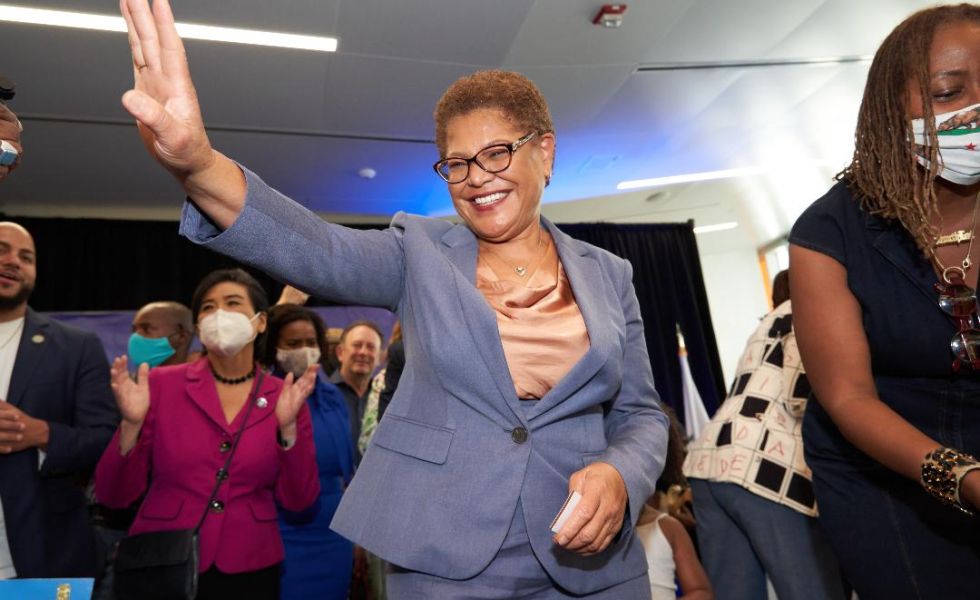 Congresswoman Karen Bass has once again extended her lead in the L.A. mayor’s race. The latest count released by the L.A. County Registrar has Bass at 277,459 votes (43.14%), widening the gap between she and second place finisher Bob Caruso, who —with 231,419 votes— is nearly eight percentage points behind at 35.98%.

The latest count reflects the strong showing Bass’ camp had predicted despite being outspent by Caruso, whose $40 million failed to secure him the victory.

Still, Bass—who spent just $3 million and who would make history the first Black woman to be elected mayor of L.A., and just the second Black hold the post —is hardly resting on her laurels, fully understanding that November is a whole new ballgame.

“We’re almost at a 50,000 vote lead which is really astronomical given what we’ve been up against, but we’re staying focused on the general election because that’s the election that matters the most,” said Kerman Maddox, campaign’s finance director.

Caruso, who—say insiders— will likely reach deeper into his pocketbooks and restructure his campaign, has recruited some pretty heavy hitters along the way—Elon Musk among them.

For the moment, however, the momentum is with Bass.

“Where she is likely to reap the most benefit is with potential donors, who were somewhat reluctant given Caruso’s money and dramatic rise in the polls,” veteran political fundraiser/consultant Lena Kennedy observed. “It will increase donor participation, but what I like about Karen is that she has connected on every level, including grassroots with a proven track record that demonstrates her care for all.

“I hope the voters are smart enough to see that Caruso did not need to be mayor to make a dent in the homeless population,” Kennedy continues. “He could have put his money into the passion he’s saying he has now for the homeless. I have yet to see a building with his name on it to house the homeless. Instead, he has built are big elaborate shopping centers where you will find no homeless people. Clearly, he wants the status and the power of being mayor.

“Instead, Karen Bass has been galvanizing, organizing and energizing her base all along. That’s what delivers the votes, and they dictate who will be the next mayor, not a billionaire.”