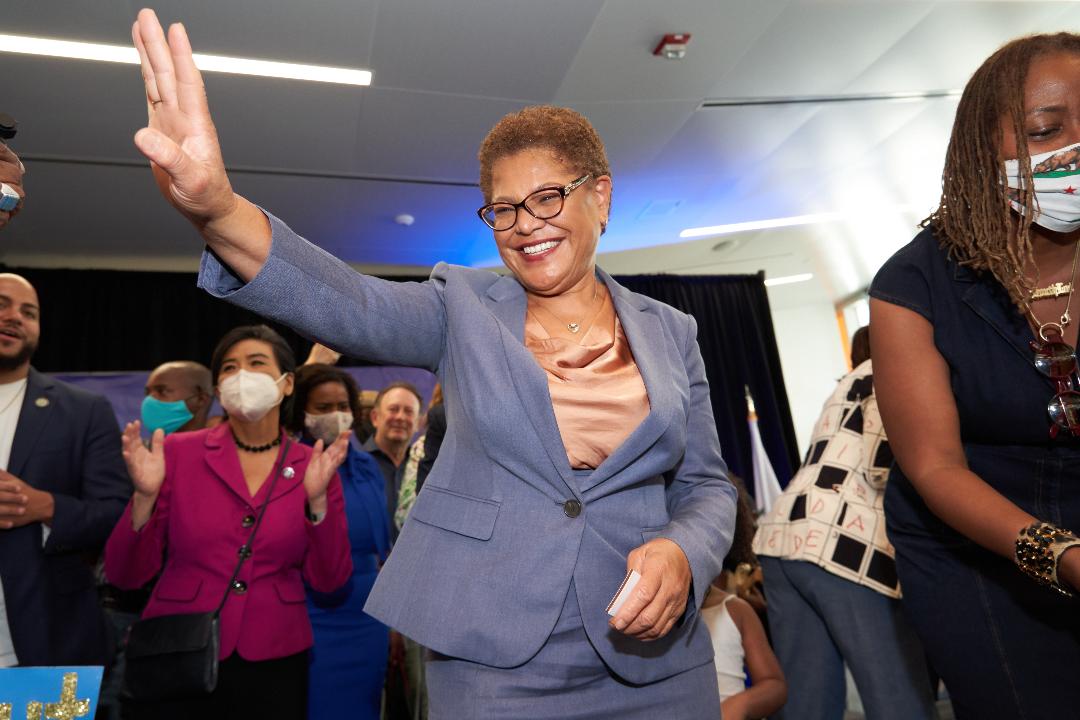 A surge of 3,755 donors is fueling the momentum and fundraising for Karen Bass’ mayoral campaign, which has raised nearly $2 million since the Congresswoman launched her bid for L.A. Mayor in October.

Campaign manager Jamarah Hayner reported that donations have totaled $1,928,751 thus far, with the average contribution being $528.

Karen Bass is the leader that this city is calling for and the support she is receiving from every part of this city is proof,” said Jamarah Hayner, campaign manager for Karen Bass For Mayor. “Her deep relationships spanning this entire city are generating excitement at a local level that hasn’t been seen in more than a decade. The people of this city are demanding solutions to our problems with homelessness and public safety. They are rallying behind the decisive leadership Karen Bass has always demonstrated. That’s why we’re seeing this momentum and it’s only going to grow.”

The primary is scheduled for June 7 with the general election set for November 8.