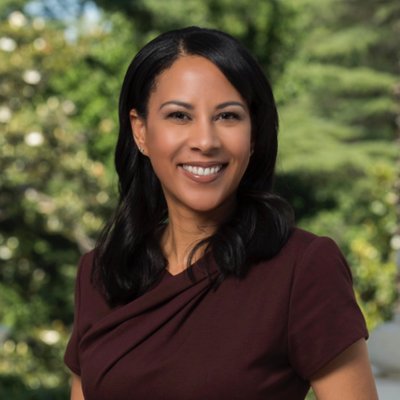 On Monday, after 7 years of serving the 62nd Assembly District, Autumn Burke announced that she would be resigning for family reasons effective Tuesday, February 1, 2022. Burke—who made the announcement to her constituents on social media in a letter co-signed by her 7-year old daughter, Isabella—called it one of the hardest decisions of her life.

“The COVID-19 pandemic has affected the lives and consciousness of everyone, and I am no exception,” wrote Burke, whose election to the legislature marked the first time in California history that a mother and daughter have both served in the State Assembly.

“Over the last two years, we’ve faced unprecedented challenges as a state and as a people,” she continued. “After taking some personal inventory, I feel it is of the utmost importance that I have the flexibility and ability to spend more time with my family.”

Calling her service “the honor of a lifetime”, Burke said her hope was to have finished out her term, which ended in December, but that circumstances had recently changed. Instead, she said that her staff would continue to be of service after my resignation and will make sure that your needs are met, until you choose your next Representative.”

Though stepping down, Burke said her civic service would continue on some level, writing: “I look forward to continuing to work passionately for the issues most pressing to the state of California. At the forefront of my work, I will continue to focus on lifting African Americans by helping grow the black voice throughout the entire political process and at all levels of government.”

Burke was elected in 2014 to the 62nd Assembly District, which includes the cities of Inglewood, Hawthorne, Lawndale, El Segundo, and Gardena, the Los Angeles neighborhoods of Westchester, Playa del Rey, Playa Vista, Venice, and Del Rey, and the communities of Del Aire, West Athens, Lennox, Westmont, and Marina del Rey.

As a staunch advocate for children and families in California, Burke authored AB 1520, the Lifting Children and Families Out of Poverty Act in 2017, which directed the state to reduce deep child poverty by 50 percent. As Chair of the Assembly Committee on Revenue and Taxation, Burke successfully authored one of the largest tax credits in California state history for small business. She also authored the Transformative Climate Communities legislation, creating opportunities for communities of color to be at the forefront of the discussions on climate change; and served as principal coauthor of the groundbreaking Bruce’s Beach legislation, which created a pathway for Los Angeles County to return the stolen beachfront property to the descendants of Willa and Charles Bruce.

“I want to thank Assemblywoman Burke for her years of service to not only the 62nd Assembly District, but to all Californians, said California Legislative Black Caucus Chair, Senator Steven Bradford. “As the daughter of the Honorable Yvonne Brathwaite-Burke, Assemblywoman Burke will leave as a trailblazer in her own right and on her own terms. It was an honor to watch her evolve as a legislator and fight beside her to improve the lives of Black Californians.”